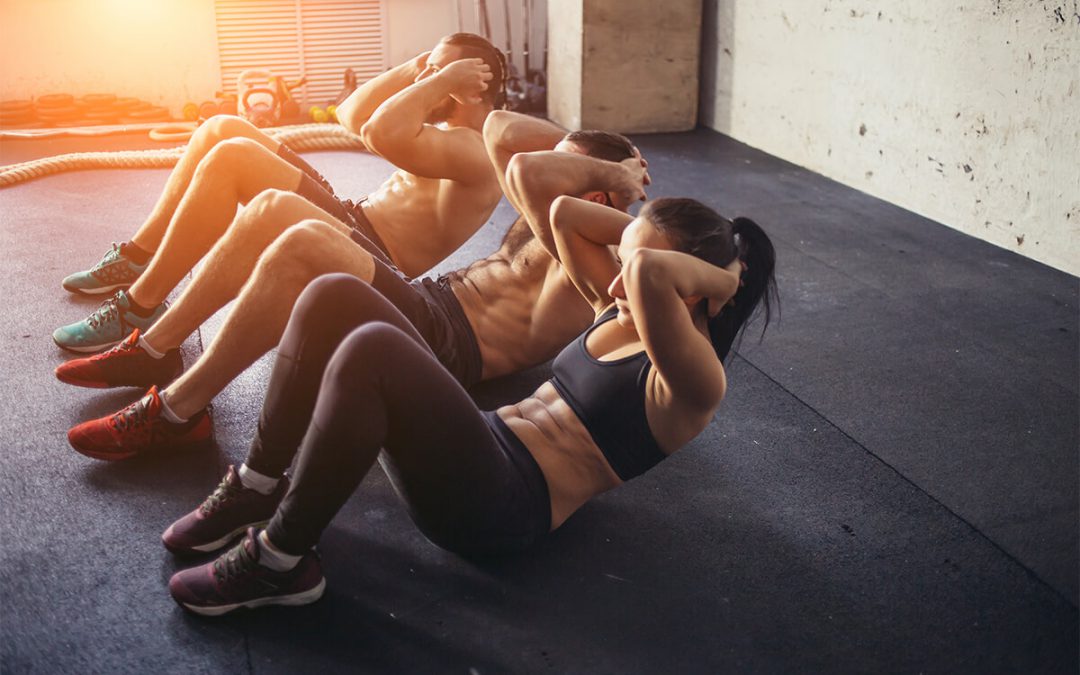 Fitness is a topic that’s constantly being updated. Research keeps telling us more about the body and how it responds to exercise. And as with everything, trends and fads come and go that muddy the water of what’s actually effective when working out.

Some of these things stick around. They can even become a staple of a workout routine. They hide in amongst all the other exercises we do that help us build strength and endurance. In reality, they don’t offer that much to our fitness progress, and we’re better off doing something else.

So, because nobody wants to waste time with exercises that aren’t worth it, here are the top five overrated exercises and the things we should be doing instead.

This is an exercise that’s such a waste of time that we could write a whole article on it. In fact, we did.

Sit ups and the obsession with working the abs is the biggest example of misplaced effort in fitness. This comes mainly from the desire to have a toned or shredded stomach. It’s the idea that a few lines on the tummy mean fitness has been achieved and it’s time to go home.

The abs, or abdominals, are the muscles that run vertically down your stomach and are more about aesthetics than anything else. The core on the other hand includes a collection of muscles around your midsection and plays a huge role not just in the gym, but also in everyday life.

Your core stabilises your entire body. It keeps your posture upright, protects your lower back, grounds you during all your exercises, and generally plays a part in everything we do.

When resistance training, our core is a fundamental muscle group to ensure the exercise is done correctly and with the right form.

So, aim at working the core as a collective, rather than just doing a load of sit-ups that targeted the strip down your stomach.

All free-weight compound exercises can help you do this, but if you want to focus on it a bit more, try planks, russian twists, flutter kicks, and a pike roll out.

If you’re really far into your fitness journey, and you struggle to find challenge in any lifts for the upper body anymore, then curling heavy dumbbells might be your next move.

If not, it’s important to understand that there are loads of other exercises that work your biceps, and also work other muscle groups simultaneously.

Bicep curls are an isolated exercise, meaning they only ask for a single joint movement and aim to only work a single muscle group.

When you invest your time in more compound exercises, you involve more joints, and end up working more muscle groups. This is the best way to develop well-rounded strength. It means you’re training more efficiently, and not just more.

The pull up is an extremely challenging exercise that lots of people work towards. That’s because it engages muscles in the shoulder, chest, back, and arms. It also requires the core. 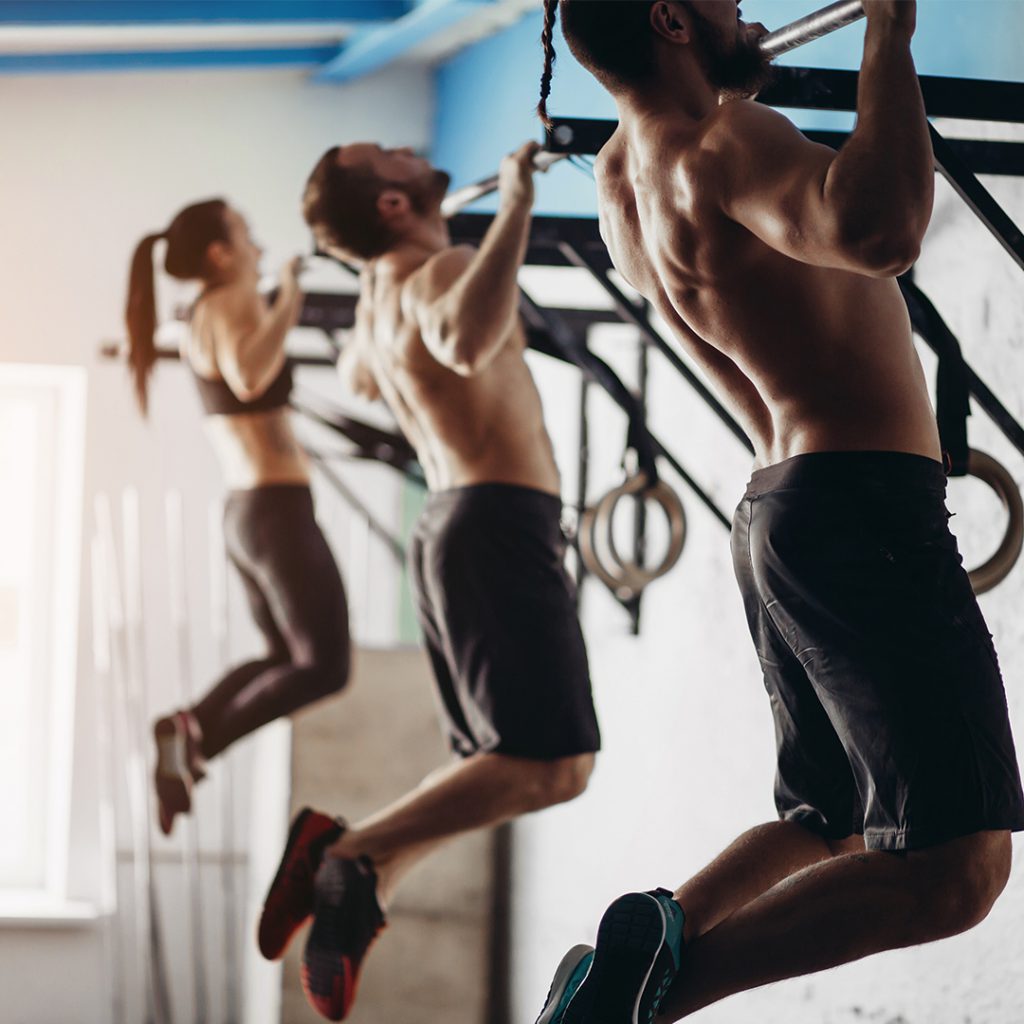 There is an endless list of squat variations. That’s probably because the original version is such an effective lower body exercise.

The pistol squat is a one-legged version that requires an incredible amount of balance, as well as mobility in the ankles and the knees. It’s a huge challenge.

And whilst a challenge is a good thing for some people, the benefits of the movement itself don’t really out-weight how long it will take you to get there. Not mentioning the risk you take to your joint health along the way.

For squat variations that work one leg and increase unilateral quad strength, try the lateral squat. Also known as the cossack squat. They’re much safer, and you can add load to them if you want to increase the intensity.

Lifting a weight overhead has so many different names it can be hard to even know which one you’re doing.

The military press is named after the posture adopted when it was used in the military. It’s like the overhead press, but in this version, the heels and knees are together, and the barbell is pressed overhead using the shoulder muscles to do so. The elbows and knees are often locked out.

Locking out the knees and elbows is pretty risky on the joints. It’s much safer to avoid this, and you’ll often hear PTs repeat that instruction during most push movements.

By standing with the feet together, you’re not engaging your core or using it to stabilise the body during the movement. It also means there’s no momentum in the movement. Everything relies on the shoulders, which can easily lead to injury if you’re using the wrong weight.

Going for a push press or an overhead press is a fuller body alternative and likely the better option. 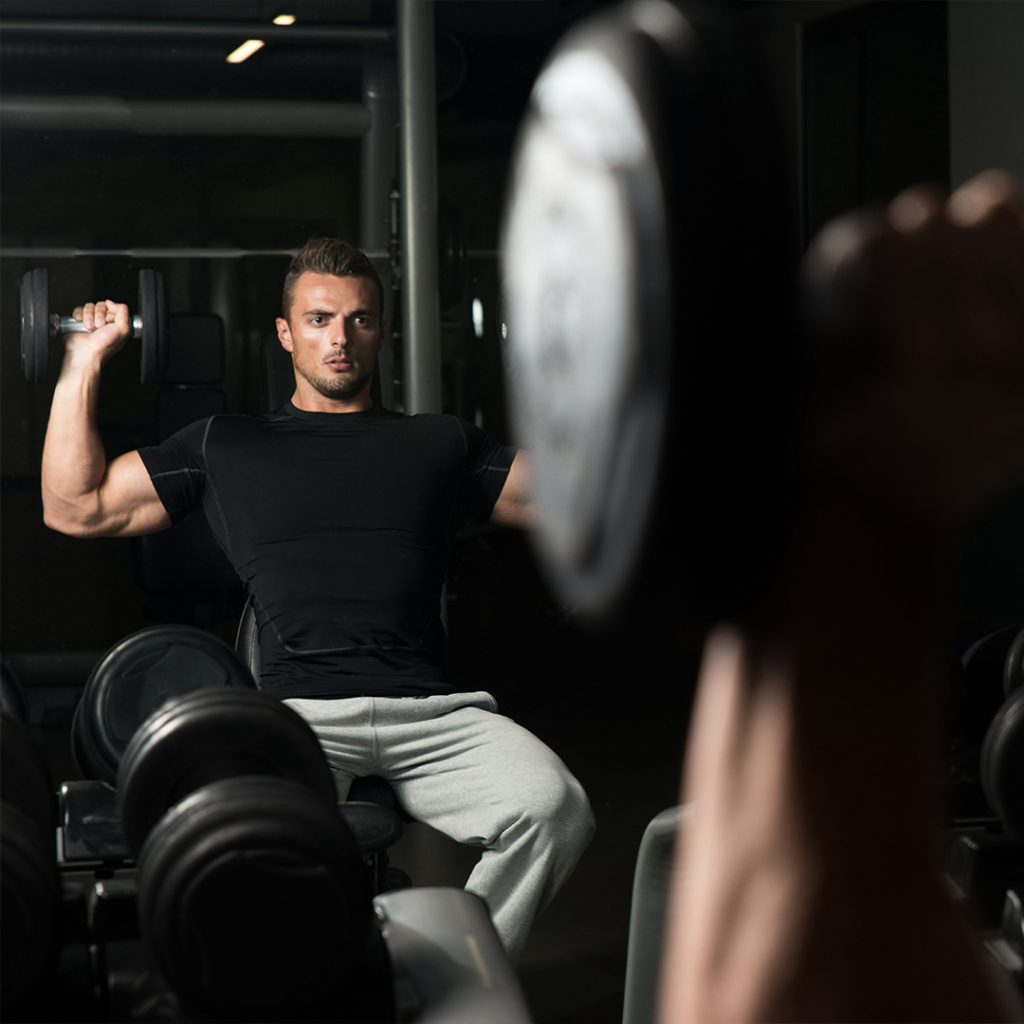 Lunges are a great lower body exercise that can be adapting to different abilities by adding or removing resistance.

There’s the forward or the reverse version. It can be hard enough to get the balance right in this movement, so adding a jump as you switch legs like in the plyometric version is a pretty big ask.

Yes, it means you’ll get your heart rate going a bit more, but it also means you’re putting more impact on your joints which is a bit of a risk.

It’s probably better to do some standard lunges and add on a bit of cardio afterwards.

How to master the Turkish Get Up
What are the major muscle groups?
Improve your football performance from the gym

How and why: the dumbbell clean
The workouts that burn the most calories
The different deadlift types