Do you really need to be doing ab workouts? 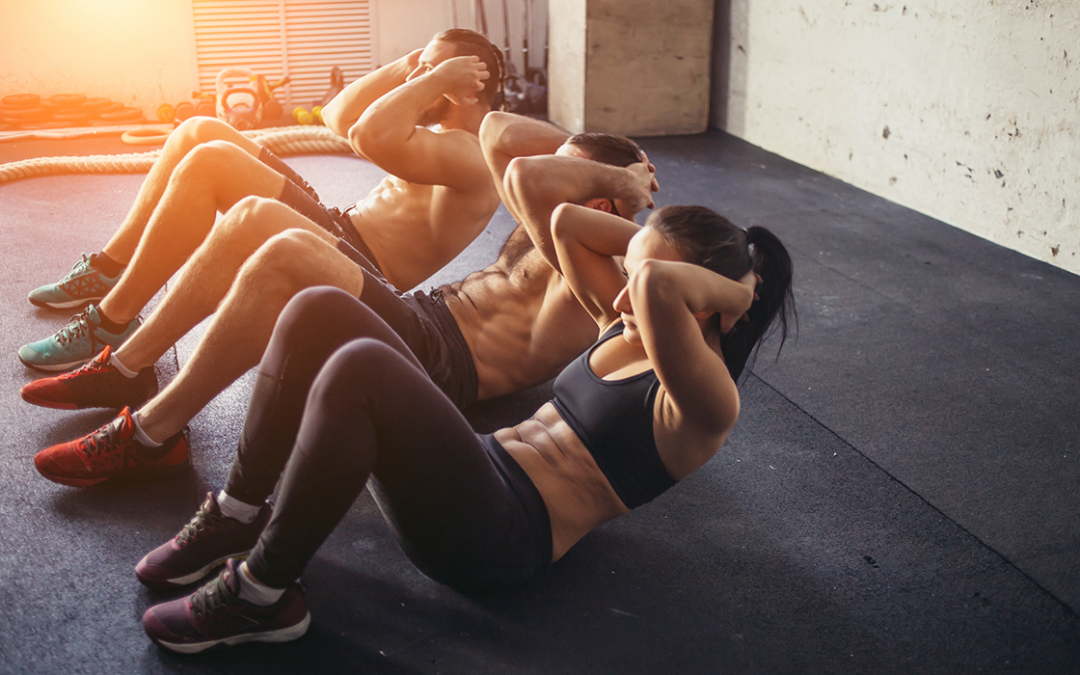 Abs or abdominals are quite the buzz word in fitness culture. They’re a muscle group surrounded by a lot of misinformation.

It leaves a lot of confusion. So, let’s clear things up. What are abs? What is the core? And what do we need to be doing in our workouts?

Abs are short for abdominal muscles. Which is actually short for the rectus abdominis muscle.

It’s a paired muscle group that runs vertically down your stomach. These muscles become visible as a six-pack or an eight-pack in people with low belly fat.

Ok, so what is the core?

The core muscles serve quite a few essential functions, including stabilising your entire body. As the centre of your body, which your arms and legs come off, the core allows you to do everyday basic movements.

Any functional movement you do, whether that’s lifting something, pushing something, moving your arms or legs, the stability to do it is coming from the core.

Away from exercise, it’s also involved in controlling certain bodily functions, maintaining your posture, protecting your spine from injury, and is vital in childbirth.

So, it’s a pretty important set of muscles.

So, what’s an ab workout and what’s a core workout?

Ab workouts involve exercises that focus on isolating and working the abdominal muscle.

Core workouts include more compound exercises that aim to target and activate most of the muscles around your midsection. This includes abs.

Ab workouts will see you perform exercises such as crunches and sit-ups over and over again.

Core workouts include an expansive list of exercises because of its crucial role in most basic movements. The plank is the most recognisable core exercise. But most compound exercises you do in the gym will help you to strengthen your core.

Floor based exercises like dead bugs, Russian twists, V-sits and hover holds can help you target this midsection. They’re great for beginners who are looking to start increasing strength and endurance in this area. It’s worth pointing out, all these exercises activate your abs too.

However, your core plays a vital role in the standing lifts you do in the gym too. Squats, deadlifts, lunges, overhead presses. During these exercises, your core works to keep your body stable and your lower back protected. There’s a reason you often hear fitness instructors telling you to ‘brace the core’ at every available moment.

Do I need to be doing ab workouts then, or core workouts?

Working on core strength and endurance is really important for several reasons, highlighted by the number of functions it serves.

When you develop this area, you’ll notice differences in your ability to perform other movements and lifts. It’s the foundation of fitness that allows you to keep progressing.

The reality is that when you’re working out and doing a range of compound, multi-joint exercises, you’re engaging your core as you do so. So, don’t fear that you’re neglecting it by not dedicating a full 45 minutes to it.

Do your usual workout first. Whatever the focus for your session, whether it’s legs, back, glutes or chest, – do those exercises first. The role of your core in compound exercises is to stabilise your body and protect your spine. So, you want to make sure your core isn’t fatigued when you take these on.

You can then look to add some additional focus to the core after your main workout to make sure you’re strengthening these vital muscles. That’s where your planks, dead bugs, and roll-outs come in handy.

In terms of an ab specific workout, this really comes down to your desire for the aesthetics. If you want a six-pack, you’ll need to build muscles in your abdominals. But you’ll also need to have a very low percentage of body fat that you can maintain. We’re talking very, very low. That’s hard for men. And even harder for women. We’ll leave it up to you if that’s something you want to pursue.

What’s the most effective core exercise?

We’re saying the pike roll-out. Or swiss ball pike. Whatever you call it, it’s very effective. But also very difficult. Something to work towards, perhaps.

There are loads of other brilliant core exercises to spend time on too. 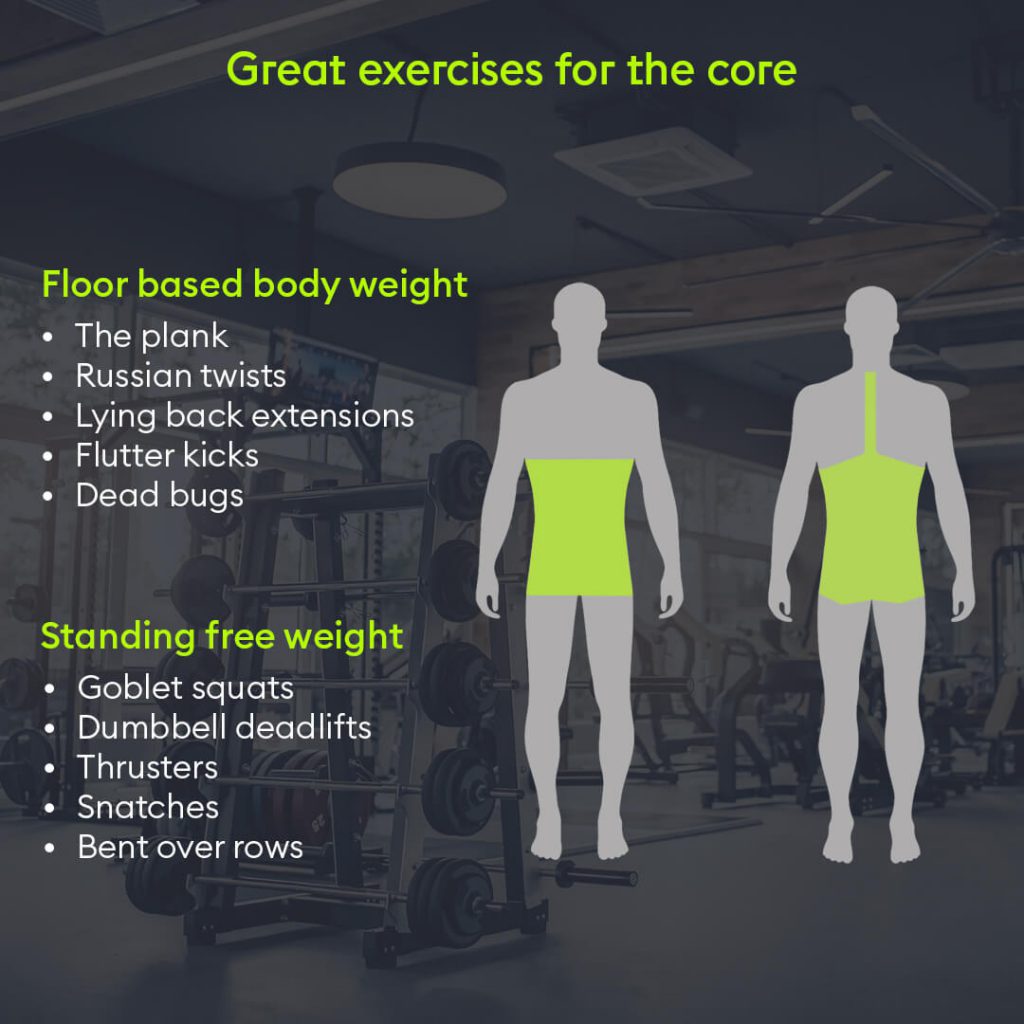 So, there’s overlap between the core and the abs, of course. And often, you’ll find these terms are used interchangeably. But for well-rounded and health-focused strength, focus on the core. It’s the centre of your being, and you’ll want to look after it.

How and why to do the superman core exercise
A guide to spotting someone in the gym
Fasted cardio: Should we be doing it?

What are the major muscle groups?
How to keep your motivation during the summer
How many calories should I burn in the gym?