What time is work out time? 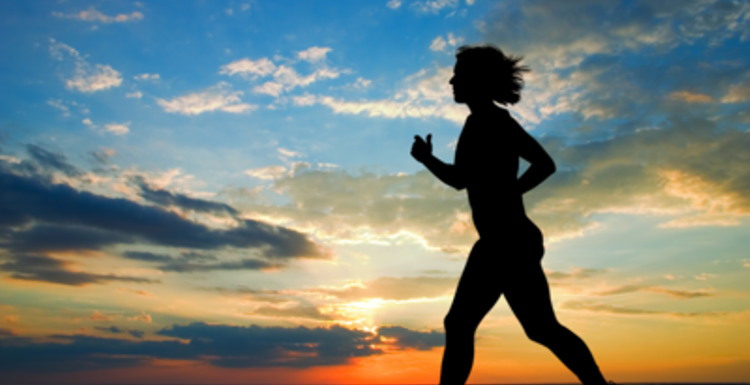 With increasing numbers of gyms open 24 hours a day it really is up to you when you work out. But is there a best time of the day to choose? Whether you’re an early bird or a night owl, it appears that the best time to exercise depends on what you want to achieve.

Workout early if you...

....want to lose weight. There has been a lot of media attention lately on the benefits of early morning workouts before breakfast. This followed research last year which discovered that exercising on an empty stomach burned a third more calories than working out after eating. Some people may be concerned that they won’t have enough energy for a tough workout on an empty stomach. But according to the research leader Dr Gill, our bodies always have around 90 minutes – two hours of energy readily available to us, so strenuous exercise is always possible.

....prefer to get exercise over with. Some people like to make their workout one of the first things they do to ensure that it gets done.  Research has confirmed that early morning exercisers maintain their routine better. This is because motivation can drop away through the busy day, and other factors can interrupt your plans, making exercising one of the last things you feel like doing.

....are a naturally morning person. There’s no point in aiming to get up at 6am if you’re a night owl. As John Trowther, technical director at UK Athletics says: “'some are morning people and others might have more energy in the evening. It's a personal choice.' Stick to what feels best for you and you will be more likely to maintain the habit.

Work out in the afternoon/evening if you want to....

...break a world record. There are more record-breaking runs made during the evening than at any other time. In fact, many top athletes do their toughest workouts between 4pm and 6pm, and leave the technical stuff to the mornings.

....achieve a higher level of fitness.  Evidence shows that workout performance improves as the day goes on. A University of Chicago study showed that levels of cortisol and thyrotropin - hormones which increase available fuel to the body and reduce inflammation – increased much more after evening workouts. Blood glucose levels were also found to reduce.

....exercise better. Research shows that our body temperature is at its highest around 4-5pm.  Our muscles and cardiovascular system have also warmed up more by the evening, our heart rates seem designed to be higher, and aerobic capacity is around 4% higher.  In contrast, according a professor at the University of Texas, ‘athletic performance, strength, power and speed are at their lowest point in the early hours of the morning’.

....reduce the chance of injuries. Our muscles are strongest, our minds most alert and our body temperature highest in the late afternoon. For this reason any exercise which has previously caused injuries, or those involving stretching the spine e.g. yoga, are best done later in the day.

Work out during the night if you...

....have a busy schedule. 24 hour gyms are ideal for people who can’t find time during the day to work out, perhaps if you work shifts or have children to look after.  Our increasingly hectic lifestyles make night time workouts a popular choice, with 24 per cent of Pure Gym training between 10pm and 6am. Research also shows that the vast majority of gym goers would rather join a 24 hour gym which can offer them flexible hours.

...hate busy gyms. Midnight workouts are perfect for the more self-conscious exerciser who would prefer no one else sees them puffing and panting. Some people also prefer to avoid socialising and just concentrate on their workout. Night time workouts also avoid queues for machines and hoards of sweaty people. You may therefore get a more efficient workout.

...want to save money. Working out at 2am is usually cheaper than 2pm. Taking advantage of extended opening times save you pennies in the pocket as well as losing pounds from your waistline.

Stick to a consistent time if you want to....

...make exercise a habit. Whatever time of day you choose to exercise, you are still going to reap huge benefits.  The key is consistency. So train at a time of day you can stick to, so that exercise becomes a long-term habit.

...train for a specific event. Research shows that if you stick to a regular time you effectively ‘train’ your circadian rhythms (your body clock) to be ready for exercise at that time each day.  This can be useful if you are training for a particular event such as a marathon, which is going to be held at a certain time of day.

Remember however, research shows the biggest differences are always between those who exercise and those who don’t. So whatever time you choose to exercise, just make sure you do it!