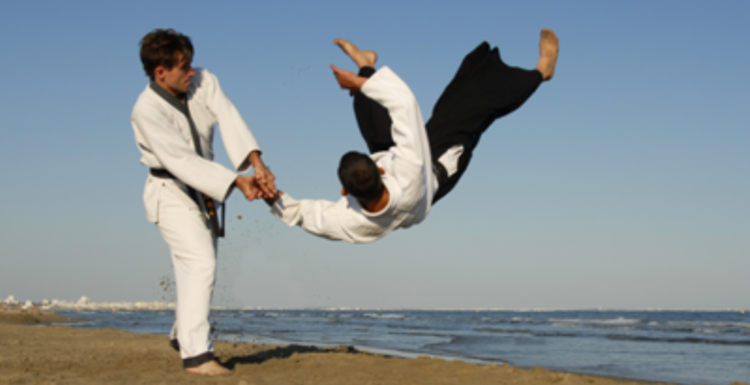 The Olympics and Paralympics are heading to Japan in seven years’ time, amid much excitement. What do the people of the next host country do for sport and fitness?

Who doesn’t love the euphoria of the announcement of an Olympic host city? This week it was the turn of the Japanese to jump up and down with delight, as Jacques Rogge announced that the 2020 Olympics and Paralympics have been awarded to Tokyo.  The Japanese last hosted the games in 1964, and have previously bid to do so again without success. This time it seems that their demonstrated passion for both events won the day with the International Olympic committee.

Japan has historically been an isolated nation, and therefore has evolved sports that are very different from those that developed in the west. While they are now keen football and baseball fans like the rest of the world, their home grown sports still have an enthusiastic following seen nowhere else on the planet.

Most people will associate sport in Japan with martial arts. Jiu-Jitsu is one of the oldest of these, dating back many hundreds of years to the times of the Samurai. Weapons were originally used, but the method of fighting then evolved to become hand-to-hand combat. Judo (the ‘gentle way’) evolved from jiu-jitsu and was created in 1882. Contrary to popular belief, the two are different sports with different rules and scoring systems. Both of these arts rely on turning an opponent’s strength against them, and they are a very technical form of fighting.

Judo is the only Japanese sport included in the Olympic programme. Although the sports contested in the Olympics are not related to the location of each games, judo was first introduced at the last Tokyo games in 1964 and has been present at all but one Olympiad since then. It was opened to female athletes at the Barcelona Olympics of 1992. Judo is also included in the Paralympics where it is adapted for visually impaired athletes. This is done by guiding the competitors to their positions, allowing warnings when they are approaching the edge of the combat area and changing all refereeing hand signals to verbal cues.

Sumo wrestling is a uniquely Japanese sport that has spread round the world, and is considered the national sport of this island nation. The spectacle of Sumo is as much about the rituals as it is about the actual fight, which often lasts only seconds. Rituals involve water, rice and prayers, and professional sumo wrestlers lead a very regimented lifestyle. There are also risks to their health due to the weight they need to gain and the high alcohol consumption caused by the need to entertain sponsors and fans.

Karate (sometimes translated as ‘empty hand’) originated in the Japanese satellite islands and has many forms. The popular image of a way of breaking rocks or bricks with bare hands, or of ‘Oddjob’ in the Bond film ‘Goldfinger’ throwing his lethal hat is of course not entirely accurate. There are four main styles of karate today, all of which have the maxim ‘in karate, never attack first’.

Japanese Archery or Yabusame is a difficult skill where a rider must shoot arrows at targets while on a fast-moving horse. It is the Japanese equivalent of medieval jousting in Europe, and is still performed as demonstrations at festivals.

With the exception of judo, most of these sports are purely for spectating for the average Japanese.  For participation sport and fitness, there are some unusual local variations, not all of which will be familiar to Westerners. One public radio station broadcasts a workout routine to music every morning, known in Japanese as ‘rajio taiso’. The workout is relayed over speakers in many areas, and Japanese of all ages join in for ten minutes every day for a short and sociable fitness session. The routine has been the same for 85 years and is a much-loved part of Japanese culture, although interestingly it was inspired by a similar but short-lived idea in America. Some Japanese companies still hold morning rajio taiso sessions for their workers, although this is not as common as it used to be.

The Japanese have also happily taken on western sports, in particular football and baseball. There are now Western-style gyms in the country, although there are still cultural differences. For instance, white skin is prized in Japan and so gyms do not have sunbeds or tanning salons, and visible tattoos are often unwelcome so those who have them need to choose their fitness wear carefully.

Like everywhere else, there are always new sports and workouts appearing in Japan. One of their latest exports is Tabata, a high intensity and very high-speed workout which promises results in minutes (you can read more here).

With their unusual sports and traditions, it will be interesting to see if Tokyo 2020 captures the imagination of the people of Japan. As always when hosting the Olympics, the organisers will have to balance budget, disruption and ticket prices if they are to be popular with their own people.

Good luck to the city of Tokyo – seven years to go!