Can you talk yourself out of exhaustion? Is mind over matter genuine? 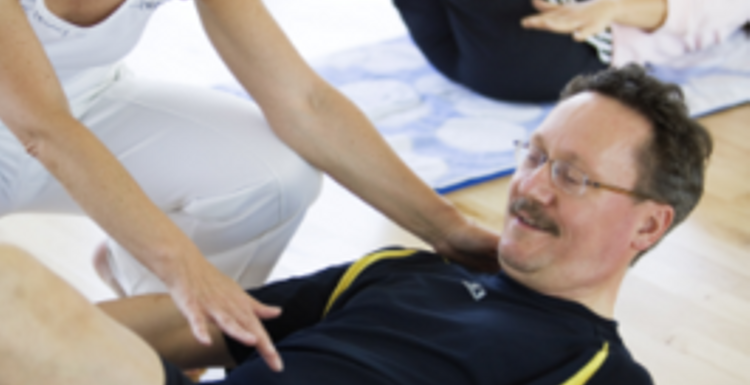 This Christmas season may have taken its toll, and simply exhausted you. Just one last party night to go before you can get a rest. Can you summon up the energy to cope with tonight’s New Year festivities?

It has always been said that mind over matter really does work but does evidence back this up? Enhancing your physical performance through psychological encouragement has long been recommended, whether you take it from yourself or someone else.

Competitive sports are known for their tradition of different methods of mind over matter such as getting psyched up for a big game, ignoring pain sensations and refusing to let yourself quit, even at the worst moments. Research from the University of Kent decided to test out this premise in a research setting, to see if self-talking really could be enough to push you on further in your athletic endeavours.

The research proved fruitful and in fact it proved that yes, self-talking really does work, and what’s more they put together a protocol of self-talking phrases that the average exercise could benefit from to convince themselves they could keep going, beyond the point of exhaustion.

The experiment took 24 physically healthy and active men and women and got them to ride stationary bicycle repeatedly to the point of collapse. Everything was monitored during the cycle, from heart rate to pedal page and the expressions on their face expressing pain and fatigue. Once the exhaustion baseline for each contestant was discovered the exercisers were then divided into two separate groups. One group were told to exercise as normal for two weeks whilst the other group was provided with a list of self-talk phrases for encouragement. Phrases included everything from “really feeling good,” “plenty of energy” and “you’re doing great.”

The second group were able to choose four phrases from the list that most appealed to them and they were then told to repeat them frequently and systematically, much like a chant, whilst exercising for the next two weeks. Both groups then returned to be tested in the lab again and carried out the same cycling to exhaustion exercise. The self-talkers were told to recite their encouragement phrases throughout their exercise.

As the research study proved that self-talk works it showed that  the self-talkers pedalled for much longer before giving in and outwardly declared that the test felt much easier this time. The key point to note that was they perceived the test as easier even though they registered the same on the heartbeat and other monitors and also grimaced the same amount of times. Their bodies reacted exactly the same on the first and second tests, but the difference was 100% in the mind. The study showed that physical exhaustion is in part subjective and can be determined more by brain power than physical muscle power.

This evidence makes some clear pointers for the average exerciser. You are completely able to persuade yourself into exercising harder and longer without actually pushing your body further than it can cope. This doesn’t necessarily mean you push yourself to exhaustion every time but it can mean you achieve that extra mile on your run or four more laps on your swim.

For the most effective self-talk you need a regimented system that you use on a regular basis every time you work out. The same group of personally encouraging phrases should be repeated consistently and frequently throughout your sessions.

The same principles can actually be applied to diet too. If your exercise regime is backed up by a new healthy eating plan then you can certainly benefit from some similar self-talk phrases for your diet. Of course saying them out loud isn’t relevant but you could tell yourself internally things such as “I’m really full now” and “I don’t need to finish everything on my plate” in the same repetitive fashion and you should see similar results. You can even use self-talk to help yourself enjoy those foods that you really aren’t that keen on. You can convince yourself, with a little work that “cabbage really is tasty” or even “I much prefer this chicken breast to bacon”. It sounds strange out of context but as research has shown it works and once you start your body will react accordingly.

Exhaustion is a very real physical condition but it’s not something that most of us are even close to when we tell ourselves we are. Your body is simply tired and stressed so rather than letting yourself give in, practice your own personal self-talk phrases and very quickly you’ll see yourself going a little further each time.

For sceptics self-talk really does sound crazy which is why the research backing it up is so integral. With evidence to prove it even the most sceptical of exercisers can’t lose in trying this out and they may find it’s exactly what’s needed to overcome the next plateau in their training regime. Perhaps practice internally chanting your phrases if you plan to use them in the public gym though.