10 plank variations to torch your core

Summer is here and it is time to put the final touches to your summer body. What better way to do so than tightening up your core.

The plank is a simple and effective exercise to get your abs burning and showing. What’s even better is that holding a plank works more than just your core - done properly it incorporates the shoulder, arm, back, leg and glute muscles. It really is a full body exercise.

It’s great for beginners and the experienced exerciser, with different variations, and options such as adding weights and increasing the time it’s held for. Many favour the plank as, on top of everything else, it can prevent and relieve common lower back injuries.

However holding a plank can become tedious and boring, after a while even the strongest of minds begins to question why they are lying there shaking away trying to remember to keep their belly button pulled in.

Here are some variations to throw into your workouts and circuits that should liven things up and work parts of your core that you never knew existed:

This is exactly what it sounds like. Your average plank but higher. Extend your arms and hold yourself in a press up position. Neutralise your spine by pulling your belly button in and tense your glutes to stablise your body. This, along with the normal plank, is a position you can easily advance by getting someone to put a weight on your back to make it harder for yourself.

This is a progression from the high plank. Move one hand from the floor and touch the opposite shoulder, and return it to the floor, do the same on the other side. Try and prevent yourself from rotating, its all about control and activating those little muscles in your trunk. This is a great progression and requires some serious concentration.

Yet another variation on a high plank. This one requires a lot of stability and my quads were burning by the time I managed to get a non-blurry picture taken. This is not for the faint hearted. Once in a stable plank lift one arm and one leg off the floor slowly and hold, everything is about control with planks. Return the lifted arm and leg to the floor and repeat with the other side.

Start in a normal plank, now turn on your side. It is that simple. This variation really incorporates the obliques giving your abs great shape and definition.

If you think you have mastered the side plank then try this. Start in a side plank position, now raise your top arm and leg. You might only be able to move it a small distance away from the body to start with, but everybody has to start somewhere.

Some of these really are harder than they look. This is simply a plank on a bosu ball. The lack of a steady surface means you’ve got to work harder to maintain a good position. To progress this even further you could try moving your elbows in circles clockwise and anti clockwise.

The good thing about a TRX plank is that it doesn’t have to be done with TRX. By lifting the feet (or it could be your hands) it takes away some stability and forces your core to work even harder. This can be advanced further by bringing the knees into the chest like a knee tuck on a bosu ball.

This adaptation starts in a high plank position. Extend your arms forward and there you have it - the extended plank. This variation uses the lats in the back to help keep tension throughout the body. This is another great variation using a different set of muscles.

It may have a simple name but this alternative plank is anything but that. It’s a step on from an extended plank. All you have to do is make yourself look like an ‘X’: move your hands and feet away from each other and hold it just the same as all the others.

Just to make sure none of your body feels left out when going through your newfound core and plank routine there is the reverse plank. Start lying on your back then put your arms underneath you and push yourself up like a reverse press up. Make sure you are really pushing your glutes towards the sky.

Each plank variation incorporates slightly different parts of your core. Not only will these exercises help you on your quest for 6-pack abs, but they will make the quality of your other workouts better.

Increased core stability means increased lifts on anything from squats to bench. Start off easy and work your way up by increasing the hold time and working though the variations and progressions.

Don’t forget to keep your belly button pulled in and your glutes tight to get the full effect and help protect your back from injury. 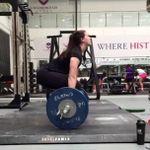 Izzy is a British champion javelin thrower and has competed in two Commonwealth Games finals. She has competed for Great Britain on several occasions. Izzy is a personal trainer and spends a lot of time training in the gym, building muscle. When she is not training at the track or in the gym, she is eating. You’ve got to eat big to get big! .

I can say without doubt that the plank is the one move which has given me the most strength and stability in my core. I have noticed a huge difference since doing it regularly. These variations are great to see too.

I'm always proud when I manage to hold my regular plank like Mike but some of these look interesting and could be worth mixing it up a bit - if I can master them!

Blimey, I can only just manage to do a basic plank, and was very proud of my 2 minute holds. I didn't think of doing anything different. I will give these a go, ta.