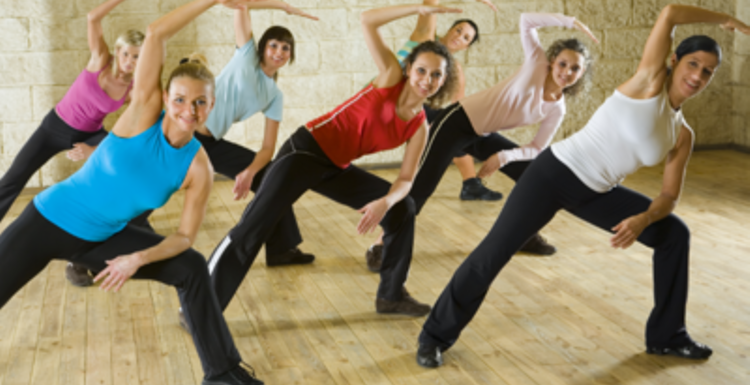 It’s sometimes hard to get motivated and make yourself get out there to do some exercise. Often it can be easier if you have someone you have to meet – and extra support during your fitness session.

To compete as an individual in any sport you must be very focused and single-minded. For top athletes, the pressure is on and they take a lot on their shoulders in terms of putting themselves through gruelling training regimes from the crack of dawn, and soaking up public expectations. Their release can be when training as a team. In this scenario they can enjoy the company of like-minded athletes, let off steam with some friendly banter, and also show where they fit in the rankings amongst their peer group.

For those of us who aren’t at a professional level, the psychology of club sport is similar. A shared experience is often more enjoyable and as social creatures, we human beings enjoy the company of others. Running around an estate by yourself after work very often won’t give you the buzz that you’ll get if you were running with a group of friends where you can share stories and challenge each other.

For many people who are shy and perhaps not as confident in mixing with others, group sport is a great way to form bonds. At school you will have been made to play in team sports and perhaps being forced to do something makes us rebel against it when we’re older, but actually it can be a great thing.

We are constantly being told we need to do more exercise, and doing it with others makes it more bearable. A football team can become very competitive against rival teams, giving the group a sense of having a shared goal and enjoying shared successes. Team sport gives individuals the opportunity to take leadership, where they may not have been able to step into that role in everyday life. For children particularly, given the chance to lead a team can be a hugely beneficial experience. It can enhance self-worth and boost confidence levels, helping them to succeed not only in sport, but in school as well.

Making friends is easy in club sports. Everyone already has a shared interest which makes conversation easy and can make everyone in the group feel on a level. This shared interest also means that you’ll get huge support from a club. If you’re a runner, then the group will encourage you in your personal goals and praise you for your individual achievements, and in a team sports club such as hockey, football, or water polo, you all have that shared goal which means everyone is rooting for you.

Of course, there will be days where things don’t go quite so well. You may lose a game, have an injury, or not feel up to your usual level. But with club sports you don’t have to feel left out. You can still cheer on your team, share your misery at losing a game but get over it together, and your team mates can push you on when you’re not training at your peak.

Of course not everybody wants to compete. There are non-competitive sports where it’s still enjoyable to do it in a group. Think aerobics, pilates and yoga. These are all things you could do in your living room in front of a DVD, but you won’t have the enjoyment of meeting new people, and you won’t get the tips and hints from instructors that you’ll get if you do structured sessions at a local gym or a local health club.

Also, when you’re tasked with doing a fitness regime all on your own you may slip into bad habits. It’s so easy when nobody is watching you to stop half way through that DVD and go and make a cup of tea. And if you’re running on your own you might just cut that three mile run slightly short. If you’re with a group of other people then human nature tells us you’re going to do the best you can to show others what you’re capable of. Very often sessions are an hour long, so you will inevitably run over 3 miles in that time, you’ll be chatting to others so time will fly, and actually it won’t feel like too much of a drag.

There will always be that sense of competition in group sports, and you’ll push yourself more than you would on your own. And although some people might be strong minded enough to go it alone, many of us would rather have the support of others.