Happiness is a trip to the gym 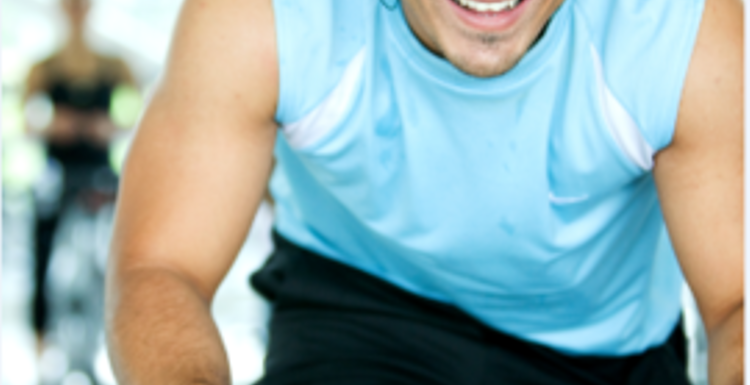 Exercise is at least as good for our minds as it is for our bodies. Few things boost our mood, protect us from the effects of stress and alleviate symptoms of depression and anxiety like exercise does. So regular trips to the gym, quite literally, can make you happy!

Are you looking for another reason to exercise? If the possibility of a trimmer figure and protection against every possible disease from heart attacks to cancer aren't enough to motivate you to get down to the gym, then what about this: Exercise is one of the best things you can do for your emotional functioning.

This shouldn't come as an enormous surprise. Our emotions arise out of a complex interplay between the brain, nervous system and the rest of our body, so anything we do with our bodies will also affect our minds and our emotions and vice versa. But what is surprising is just how much of an effect exercise can have, both in terms of producing positive emotions and helping us to cope with negative ones.

Let's take positive emotions first. If you could bottle the neurochemical effects that exercise has on the nervous system you could make a fortune. When you exercise, your brain releases neurochemical substances associated with pleasure (endorphin, adrenaline and serotonin, to name but a few), so you quite literally get a safe, legal high within about ten minutes of exercising.

And the positive effect on our emotions persists over time. Regular exercise is associated with better quality sleep, increased self-confidence, calmer and more stable mood states, and generally higher reported quality of life. There are even researchers dedicated to studying happiness who report that regular exercise is a key factor in boosting overall happiness levels.

Then there's the fact that many people find a form of exercise so enjoyable in its own right that it becomes a source of pleasure and happiness in itself. Anyone who has felt passionate about the sport they play will know this feeling.

Exercise is also associated with positive emotions in a more indirect way. It is often a sociable activity. It has positive effects on how your body looks and feels, which in turn has repercussions for personal relationships. And don't underestimate the happy smugness of knowing you're doing something to look after yourself!

As well as triggering positive emotions, exercise can also help us to cope with times when we might be flooded with negative emotions. This effect has been found both in response to normal life events and to episodes of mental illness.

Normal everyday life throws plenty of stressors at us. We worry about money, relationships, health, jobs... And often enough, specific life events occur that are normal in the sense that most people are affected by them but feel devastating to us personally. A bereavement. Redundancy. Children leaving home. In order to cope with both everyday stressors and life events, we draw on our emotional resources and social support. Research has shown that these emotional resources seem to be stronger in people who exercise regularly.

Think of it as analogous to taking vitamins to protect yourself from catching coughs and colds: You're still exposed to all the bugs, but you're less likely to get ill. And if you do get ill, you're more able to bounce back. If your body is in good shape physically and you can draw on exercise as a way of dealing with stress, you're boosting the emotional equivalent of your body's immune system.

And what about more serious examples of negative emotions? What about clinical levels of depression and anxiety, or unmanageable anger? Even here exercise shows remarkable beneficial effects. Last week saw a publication by the Cochrane Library (a body that reviews evidence-based treatments) suggesting that exercise was an effective way of addressing symptoms of depression. It's also a great way of channelling unmanageable aggression in a positive way, and it has calming effects that are useful for anyone who suffers from chronic anxiety. It's one of the easiest ways to protect yourself against Seasonal Affective Disorder, which affects so many people at this time of year. It seems that exercise can, to some extent, correct the neurochemical imbalances associated with certain forms of mental ill-health. So in terms of negative emotions, exercise can function as both prevention and cure.

Get fit and get happy

So if you're feeling a bit gloomy and lacking in enthusiasm for life, you could do a lot worse that get yourself down to your local gym. Find a form of exercise you really love, and you'll be doing your mind and your body a world of good.