Why do we feel tired after eating carbohydrates? 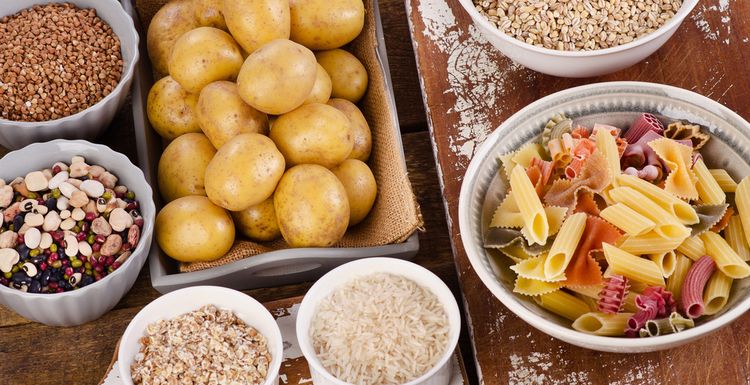 You’ve no doubt heard the term “carbing up” before a race, and you’ve probably heard plenty of diets that might involve cutting carbs out altogether.  If they are good for giving us energy, what is it about carbohydrates that can cause that bloated and tired feeling?

One of our main daily nutrients, carbohydrates include sugars, fibre and starches. As they are broken down in the body by the enzyme amylase, they are turned into glucose for the body to use as power, or store as fat.

Are all carbs bad?

No. The problem with carbs is that there are plenty of bad choices. 'Empty carbs' include the bad stuff like sweets and fizzy drinks. Although they are good for a quick burst of energy, they also mean our body has to release insulin to help regulate the blood-sugar levels.

Once insulin is released the swift removal of those carbs can leave you with a sudden drop in blood sugar – known as hypoglycemia.

This whole process leaves you feeling tired and sluggish as your body struggles to metabolise itself.

What carbs should I eat?

Choose complex carbs, which stay in your system for longer and take longer to digest, providing a more sustained energy release.

They include nuts, legumes, whole-grain pasta, fruits, most vegetables, dairy, oats and wild or brown rice.

Due to them being released more slowly, these carbs trigger a slower insulin release and a less noticeable tired feeling later.

To help avoid the so-called sugar crash that can accompany a meal or snack with a primarily carb-based diet, mix in some protein whenever you can.

As proteins take longer to digest, you feel full for longer and you also avoid the insulin spike which can lead to fatigue and a quick drop in your blood sugar.

I never feel tired after eating carbs - but maybe that's because I eat them the right way. Only wholemeal varieties, and combine them with protein at the same time/

Carbs only make me feel tired if I have too many for lunch or in the afternoon, so I wonder if it's different for different people?

Hoorah for this - yes we need carbs, just not the sugary ones. I enjoy homemade vegetable soup and a wholemeal roll for lunch in the winter. High carb, but healthy!

well done for a sensible approach to this. The demonisation of all carbs is really daft, even more so those who say 'low carb' and then eat vegetables! As of course they should, but I wish people would realise that not all carbs are cake. (I'll stop ranting now and go and eat my dinner...)