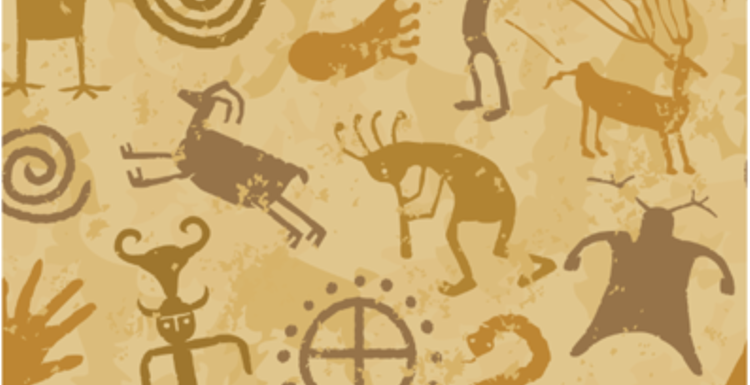 We're all basically cavemen in terms of our genetic make-up. How can we honour our evolutionary heritage and live a happy, healthy life in the 21st Century?

The basic premise of “primal” or “paleo” approaches to diet, exercise and lifestyle in general is that, in evolutionary terms, we are still cavemen. Our genome reflects the evolutionary forces of many millions of years, and on a basic biological level we are ill-adapted to many features of modern civilisation.

“Fair enough,” you may be thinking. “I can see that our 24-hour culture with its profusion of gadgetry and its emphasis on instant gratification might not be the healthiest way to live.” And you'd be right. But in paleo/primal terms, “modern” civilisation spans about 10,000 years. So it's not just cars and computers we have to worry about, but agriculture and its corollaries of settled civilisations and cities.

Now, no-one but the craziest extremists (yes, there are some) is suggesting that we abandon all of the progress of the last 10,000 years and return to a tribal, nomadic, hunter-gatherer existence. We wouldn't be able to sustain the world's current population on that model, for starters. What is being suggested is that we can adapt our lifestyles in the 21st Century to meet the needs of our inner caveman more effectively, and that doing so will help us to lead happier, healthier lives.

So what does living like a caveman involve? Mark Sisson, a former professional marathon runner and triathlete, has written a book called “The Primal Blueprint” which is an accessible example of the paleo/primal approach to health and lifestyle. He outlines 10 rules of living that would have governed our lives 10,000 years ago, which are summarised below. Could they help you to live a healthier life?

Animals, insects and plants were basically what our ancestors survived on. It's a diet based around protein and fat, with none of the grain-derived starchy carbohydrates that dominate our modern way of eating. It's the opposite of the low fat/high complex carbohydrate diet that is still being advocated as the healthy way to eat by our governments, in spite of increasing evidence that it isn't doing our health any favours. An ever-growing body of research indicates that a primal diet can have numerous health benefits, such as aiding weight control, protecting against diabetes, and  reducing blood pressure.

2. Move around at a slow pace

Our caveman ancestors did not go to the gym to work out at 80% of their maximum heart rate for half an hour five times a week and then sit in front of the television or in a car for the remaining time. They would have moved around at a gentle pace for many hours each day as they hunted, gathered and migrated. What can we do in our day and age to mirror this pattern of activity? Walk. Walk whenever and wherever you can.

Babies, firewood, spears, tools and whatever they'd managed to hunt or gather that day – our ancestors had a lot of heavy objects to carry. No fast repetitions with light weights for them. It's an approach that is fairly easy to incorporate into modern strength training.

4. Run really fast once in a while

10,000 years ago, basic survival depended on being able to outrun your predators and your prey. Think brief sprints rather than long distance running, an idea that is entirely compatible with the modern fashion for high intensity training.

5. Get lots of sleep

For us, sleep is something we try to squeeze into our busy days as best we can. For our ancestors, there weren't many alternatives to rest (if not actual, continuous sleep) between the hours between sunset and sunrise, and daytime naps would have fitted much more naturally into a hunter-gatherer lifestyle than into our 9-5 working days. Of course we have to do what we can within the practical constraints of our lives, but it is worth emphasising the importance of prioritising sleep.

Mark Sisson speculates that your average caveman had a lot more leisure time than we do today – once he'd hunted or gathered what was required for the day, he was free to do whatever constituted “play” in those days. Sisson suggests that this time was taken up with different varieties of social interaction – play-fighting, chasing animals for sport or grooming, for example – and that the point was to engage in enjoyable activities that strenghtened social bonds. We may not be able to do much about the number of hours available to us as leisure time today, but we can make choices about how we spend that time. Do our computers, televisions and X-boxes really provide the opportunity to “play” in a meaningful way?

7. Get some sunlight every day

We've become very nervous about any sun exposure at all in the 21st Century. We are advised to wear sun protection all year round to counteract the ageing effects of sunlight on skin and minimise the risk of skin cancer. Our ancestors, with their predominantly outdoor lifestyles, would not have had these concerns. Chances are that they did not suffer the various manifestations of insufficient daylight exposure that trouble us today, such as vitamin D deficiencies or Seasonal Affective Disorder. They might have been wrinklier than we are, though...

This seems like a very obvious statement. Our ancestors had to have a keen sense of self preservation in order to survive. We can be rather more cavalier about our health and well-being, and we're almost certainly less careful and observant of our surroundings. Matters are made more complicated by the fact that the dangers we face in this day and age are much less immediate and obvious than the ones our caveman ancestors had to deal with – it's much harder to appreciate the risks of smoking or drinking excessive alcohol than to avoid falling out of trees, for example.

The ability to discern poisonous substances would have been central to survival 10,000 years ago. We have this ability to thank for our genetic predisposal to a sweet tooth. Sweet-tasting plants are almost universally safe to eat, whereas bitterness often indicates toxicity. It's some small consolation that there's a sound genetic reason why so much sweet junk food is irresistible.

Hunter gatherer societies all around the world have developed “extras” that go beyond mere survival, in the form of art, language and music, for example. Using our minds to live life beyond meeting our basic needs is an important feature of a rounded, happy life. Being inventive, creative and aware are basic expressions of being human.

The rules of living contained in Mark Sission's blueprint are a curious mix of common sense and controversy, and of course there is always an element of speculation involved in imagining how our ancestors lived. Few people are going to argue with the idea that we need a good night's sleep or that avoiding trauma is a good idea, but some of the advice on nutrition and diet, in particular, is in sharp conflict with official guidelines for healthy living today. Many thousands of people are embracing the paleo/primal way of life with considerable enthusiasm, reporting all sorts of health benefits, but more rigorous research into this topic would be very welcome.

In the meantime, you could just give it a go and see whether it suits you... Let us know your experiences if you do!