Is the Timing of your Workout Key to its Success? 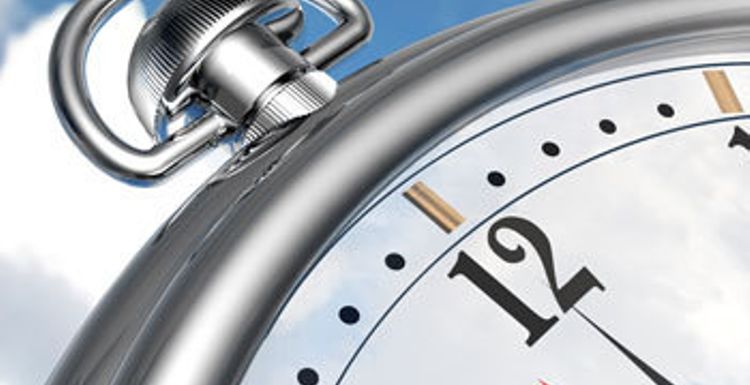 A recent small study has found that the timing of your workout or exercise regime actually has an effect on how much weight is lost. In fact, it’s claiming that exercising before breakfast may help you lose more weight. If weight loss is key to your fitness regime then this is a study worth taking a closer look at.

The study took a sample of just ten men and compared the effects of a single exercise session carried out before and after breakfast and looked specifically at how this affected the body’s metabolism of fats and carbs. Each participant carried out both a before breakfast, an after breakfast and a control test to see the difference between the three variables caused the highest breakdown of fats and carbs and also which caused the greatest overall energy expenditure. There were two week gaps between each of the tests.  When looking at the control tests it was clear and not unexpected that both before and after breakfast variables resulted in a greater breakdown of fats and a great energy expenditure. However it also find that fat breakdown was great and overall energy use was more when the test subjects exercised before breakfast in comparison to afterwards. Obviously the size of the sample size needs to be taken into account and it’s not necessarily time to set an extra early alarm and go for a jog before your Weetabix. However, it shouldn’t be completely discounted as it could be the beginning of a breakthrough in scheduling the perfect time to train.

The study was published in the British Journal of Nutrition and came from a joint effort between the University of Glasgow and the Malaysian University Kebangsaan. Of course, when the media got their hands on the report it gave reporters a chance to exercise their creativity and claim a jog before breakfast could be the answer for everybody looking for weight loss when in fact further laboratory-based research, with a larger more population-representative test group, will need to be carried out before it can be guaranteed as a proven theory. However, the researchers have used the data found to suggest that there may be a correlation between the body’s fat burning abilities and the time exercise is completed in relation to meal times.

The researchers at the head of this study said they were hoping to encourage daily exercise as the norm by the end of their research, by showing how beneficial it is to the body. Exercising every day may sound like more like a chore than something you can enjoy but you’ll be surprised how much exercise you rack up, whether it’s through hoovering, climbing the stairs to your office or walking to and from the shops. However minimal these are all a step towards a fitter you and you can further this even more by adding some concentrated, purpose driven exercise into the mix.

Obviously any exercise you do is beneficial for your body’s general fitness but if it can be proven there are optimal times to be training, the more committed gym goers and fitness fanatics are bound to stick to this schedule. Likewise those looking to seriously lose some weight will be happy for any little hints and tips which can aid weight loss even if it is as simple as ensuring you exercise before eating.

Despite its headline-grabbing findings, the main thing we can draw from this research is that exercising does make a difference. In all cases the participants in the study saw a bigger change from their control test, where they did no exercise and just ate the provided meals, to both occasions where exercise was carried out. It’s not a surprise that you burn fats and carbohydrates quicker if you exercise but this research is another study in the catalogue that proves it. Next time you consider a faddy diet which tells you you’ll lose a stone in two weeks without ANY exercise, think about the healthy alternatives out there and consider the research that shows that exercising genuinely speeds up the process at which you can burn fats. If this isn’t an incentive to get down to the local gym, we don’t know what is.

If this research were to discover that training before your breakfast was the optimum time to trigger weight loss, gyms would look very different at 6am. Rather than the odd hardcore weight lifter and trainee marathon runners on the treadmills, centres may find themselves packed out with people determined to shift the excess pounds and willing to take advantage of any hint or tip in their journey to do so. Of course this is mere speculation but it will be interesting to see if further research in this area shows that the timing of your workout can have an effect on its efficacy and value.