Why is it so hard to see red meat, butter and cheese as healthy foods? 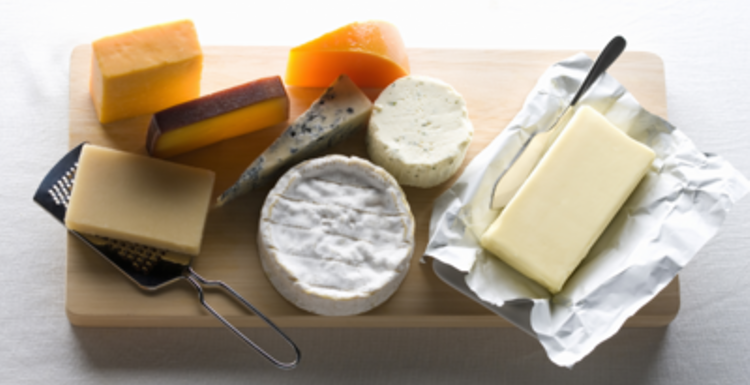 It seems that the evidence against saturated fat’s food villain image continues to get stronger and stronger. There is a strong argument now for the assertion that the link between saturated fat and heart disease is a myth. So why is it still so hard to see red meat, butter and cheese as healthy foods?

What amounts to the demonisation of saturated fats seems to be coming to an end. Evidence that contradicts the apparent link between the consumption of saturated fat and the risk of heart disease has been mounting for some years, and last week saw another nail in the coffin for this particular hypothesis –you’ll know this already if you read our previous article on the topic.

However, we all have the health advice offered by our government for the last thirty years engrained in our brains. Butter, red meat and cheese are full of saturated fats. Saturated fats raise cholesterol levels. And that's bad news for cardiovascular health. So we should be avoiding these foods, perhaps indulging in them as an occasional treat but trying to choose healthier low-fat options instead.

Firstly, let us remember that it was merely a hypothesis that linked saturated fats to heart disease. In 1970, the so-called “Seven countries” landmark study of health and dietary habits found a correlation between the incidence of coronary heart disease and total cholesterol concentrations, which in turn was correlated with the proportion of energy provided by saturated fat. So the scientific evidence underpinning over four decades of wariness about butter, cheese and red meat is basically centred around two sets of correlations. Remember that correlation is not the same thing as causation.

For those of you who didn’t read the article last week, a brief recap: the reason this topic has received media attention again recently is because of a publication of an opinion piece in the British Medical Journal by one Dr Aseem Malhotra. He does not shirk controversy or pull his punches in this article, claiming that government health advice in this matter has in fact increased cardiovascular risk. He is highly critical of the over-prescription of statins (medication that lowers blood cholesterol levels) and their attendant side effects. He argues that saturated fat may, in fact, protect against heart disease. And he makes the point that the supposedly healthy alternatives to foods high in saturated fat are often highly processed and laden with sugar, which poses a far greater risk to our health, coronary and otherwise. The real food baddies, he argues, are anything highly processed – think trans fats and processed meat for example – and sugar. Some of the bad reputation of saturated fat may have come purely from its association with these substances.

It's worth underlining that Dr Malhotra's piece isn't news, exactly. In 2010 the American Journal of Clinical Nutrition published a wide-ranging review of studies on fat and concluded that there was no convincing evidence that saturated fat causes heart disease. For the last decade or so, independent medical experts that have been seeking to end the demonisation of saturated fat have included John Briffa, Zoe Harcombe and Malcolm Kendrick and, on the other side of the Atlantic, Gary Taubes, Michael Pollan and Robert Lustig.

So why is public opinion so slow to catch up? Well, it probably doesn't help that government advice remains unchanged. The British Heart Foundation is still advising people to avoid saturated fats in favour of monounsaturated and polyunsaturated fats, and to consume even these with caution. If the people and organisations that we trust as being experts can't seem to agree or keep up with scientific evidence, how can the general public be expected to make wise dietary choices?! The message that saturated fat is bad is so ingrained in most of our minds that it's hard to believe that butter is a healthier choice than margarine. So in the face of contradictory advice, we stick to established habits and well-known “facts.”

Then there's the food industry to consider. It is simply not in the interest of most food manufacturers to encourage us towards natural, unprocessed foods such as butter and red meat. They make a lot of their money from people choosing highly processed food, often marketed as being healthy on the basis of having a low fat content, and just as often packed with refined sugars. The food industry has enormous economic and political power, and that may be another reason why the real truth about saturated fat isn't getting through to us.

Once again, the best health advice is almost laughably simple: Stick to what is unprocessed. Butter rather than margarine. A steak every now and then rather than a daily ration of sausages or bacon. A helping of full-fat cheese, not some low-fat spread-in-a-tube alternative. If you consider saturated fat The Enemy, it's time to revise that view and make friends with it.