Veganuary, will it make a difference? 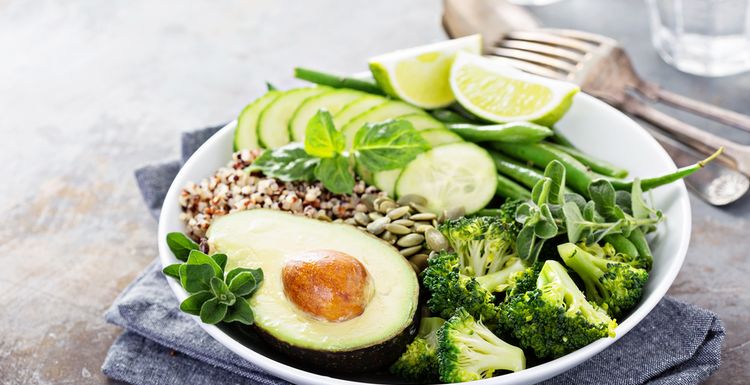 Did you try veganism this month? If so, you joined a record 250,000 people who signed up Veganuary 2020. Six out of 10 of participants also intend to continue plant-based eating. This is a real success story for Veganuary and the vegan movement.

This surge in the popularity of plant-based eating stems from people panicked by the real threat of climate change. Ditching meat and dairy products is reportedly one of the most powerful choices you can make to reduce your impact on the environment.

However, veganism isn’t always an easy undertaking. Food choices are limited and food prep more taxing. And many find the prospect of a cheeseless-life particularly challenging! But are these efforts really better for the environment? Ask yourself these questions to make your own mind up.

WHAT ARE THE BENEFITS OF VEGANISM?

According to the WWF Lifewell Report, if everyone went vegan they could cut their carbon emissions by 70 percent. There would also be a 49% percent reduction in fertilisers leaching in the soil, and a 75% reduction in land used for food production meaning less deforestation.

WHERE ARE YOUR PLANT-BASED FOODS FROM?

When you fill your shopping basket with avocados, mangoes, quinoa, lentils and blueberries, do you know where they come from? Most are flown in from far-flung corners such as the US, China, Kenya and Brazil leaving a huge carbon footprint. Eating a free-range chicken from the local farm down the road is much less environmentally harmful.

Also consider the resources used to grow your imported food. Almonds, for example, require a large amount of water, fertilisers and pesticides to grow. It’s always going to be a complex issue.

IS FLEXITARIAN A BETTER CHOICE?

Could a little bit of everything be the answer?

Flexitarianism is primarily vegetarian but with small amounts of meat and dairy. This could possible be a better environmental choice for the following reasons:

WHAT DIET WILL MAKE THE MOST DIFFERENCE?

Some say the ideal scenario is to eat seasonal, local food. Even better, grow your own. This will minimise carbon emissions and also give you a healthy, simple diet. There’s plenty of choice of homegrown food in the summer. But it’s more challenging in the winter months when you might get fed up with cabbage and turnips.

If you can’t live without quinoa and goji berries, at least try to get them from a farmer’s co-op or smaller scale producer who get a good price for their product.

It really is up to you to decide. Either way, you will be making the planet - and yourself - healthier.

Having done an 'almost' vegan January I can say that I definitely feel healthier for having eaten so many vegetables. I also feel proud of having been more ethical in avoiding meat and dairy as much as possible. I feel ,like I have made a difference to myself and the world, just a little, and I mean to continue.

I definitely find the prospect of a cheeseless life daunting! Vegan cheese is am awful, unnatural substitute and that in itself would keep me from going fully vegan. But milk subs are great and I think that more people should try them, they'd be surprised.

I am a vegetarian so can't bear the thought of killing animals for us to eat, even if they're good for soil erosion. So we should keep them for healthy soil but surely no need to eat them still?

There's a lot to think about here, and so worth remembering about fruit and veg being flown in. Surely they should state on the label how many air miles/carbon footprint it uses?

there's a bit more around than cabbage and turnips! Sprouts, parsnips, carrots are all in season or haven't been stored for too long and make a tasty colourful meal with some sauces.

the massive carbon footprint from flying out of season trendy foods round the planet is often overlooked. As are the effects of growing soya and so on. I agree - local and seasonal as much as possible. Less meat, yes, but we evolved as omnivores.