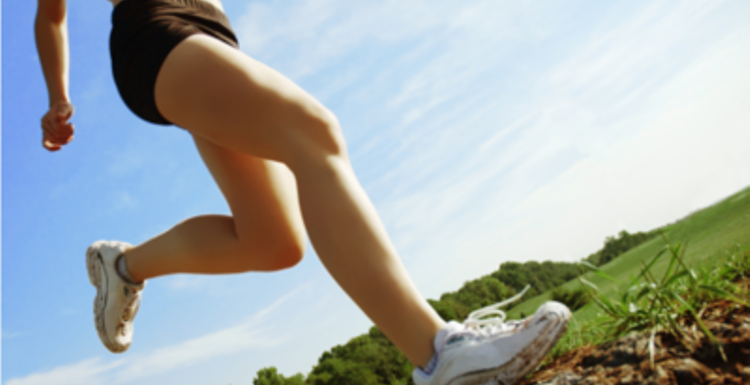 A friend of mine recently announced, “I’m running 60 miles in a day for charity.” She’s already a runner with plenty of marathons under her belt, but this announcement did shock me a bit.

“That’s an awfully long way!” came my response, and that got me to thinking how many calories you’d have to consume to sustain the energy required to run that distance.

Endurance athletes are subjected to 200 times the free radical damage that everyday folk are, and of course they put themselves at a far bigger risk of ligament and joint damage simply by the constant pounding on the ground. As well as being an incredible mental challenge, preparation for your body in terms of a sound diet and sensible calorie intake is vital if you hope to succeed. It’s probably little surprise that research has shown the combinations of antioxidants in whole fruits and vegetables are more effective than isolated nutrients at neutralizing free radicals, but having said all this, what are the best foods for endurance athletes, and how many calories will my friend need to take on board before she begins?

Here is a list of the top foods she should be eating:

Blueberries are top of the pops when it comes to antioxidant benefits, meaning the berries have anti-inflammatory effects. For endurance athletes, it’s been suggested that darker berries including pomegranate, acai, blueberries, raspberries, and goji berries will boost their free-radical protection.

Nuts, and in particular walnuts, are high in calories and antioxidant benefits. For the average Joe, a handful of nuts is plenty as a snack else they run the risk of busting their diet thanks to the high calories. For endurance athletes, however, the extra energy from nuts is a great way to keep topped up during a long run.

For athletes, colorful beta carotene-rich foods such as carrots, sweet potatoes, mangoes, and peaches provide micronutrients as well as a healthy form of carbohydrate fuel.

High levels of vitamin C are vital as it’s the primary water-soluble antioxidant in the body. It’s processes include bone formation and free radical scavenging. Also known as ascorbic acid, it’s only found in plant foods. Oranges and lemons rank high on the vitamin C-ometer, but raw red peppers top the scale. Both parsley and broccoli score highly on the vitamin C scale as well.

Chia seeds are also known as “running food” to Aztec and Mayan cultures. They are an ancient American staple and are both tiny and tasteless. A unique nutrient profile makes chia seeds a great choice for endurance athletes. One tablespoon contains 6g carbohydrate, 6g protein, 6g fiber, and a very high level of antioxidants and omega-3 fatty acids, making them a nutrient-rich energy source.

Certain proteins can help round out your antioxidant profile. Cold-water fish such as salmon are rich in omega-3 fatty acids, shown to reduce inflammation and the risk of the major chronic diseases: heart disease, cancer, and stroke.

Dark leafy green including kale, Swiss chard, and broccoli (not lettuce) contain a wealth of micronutrients including minerals, omega-3s and antioxidants such as lutein. These are often the hardest thing athletes find to get in their diet, but they can easily be mixed into a smoothie for ease. Endurance athletes should try and fit 3-5 portions of dark leafy greens into their diet each day.

While the average person would have no problem getting all the antioxidants they need from a balanced and varied diet, endurance athletes will probably think about taking an antioxidant supplement to give them a boost while training.

Whey powder is another way to help the body synthesize a lesser-known antioxidant, glutathione. This is the body’s master antioxidant and it has many immune-boosting functions such as maintaining blood levels of other antioxidants such as vitamins C and E.

Full of potassium and vitamin B6, bananas help maintain low blood sugar, regulate digestion and re-stock your body with lost electrolytes after any sort of physical exertion. Vitamin B6 in bananas acts as an anti-inflammatory agent that helps ward of cardiovascular disease.

It’s high in complex carbohydrates, is a good source of protein and has a low glycemic index, which provides a sustained release of energy into the bloodstream—necessary for runners. Oatmeal offers your body a regular dose of Vitamin B and is rich in minerals and antioxidants. It's credited for maintaining the good level of cholesterol in the body and is known as one of the most nourishing foods for the body, especially for athletes.

So now we know the best foods – how much are we looking to consume to sustain energy levels for a 60 mile run? There are various formulas, but going on your resting metabolic rate (your body weight by ten) then add 70 per cent. Add your workout calories (so 100 calories per mile of running) then we come up with for example 1200 + 840 + 6,000 = 8,040 calories!

The average daily intake for a woman is around 2,000, so we’re talking four times that amount. It’s not a good idea to consume all of that on race day, but to eat slow release energy foods in the run up to the event, and to ensure you take supplements and snacks and fluids on for the duration of the run.