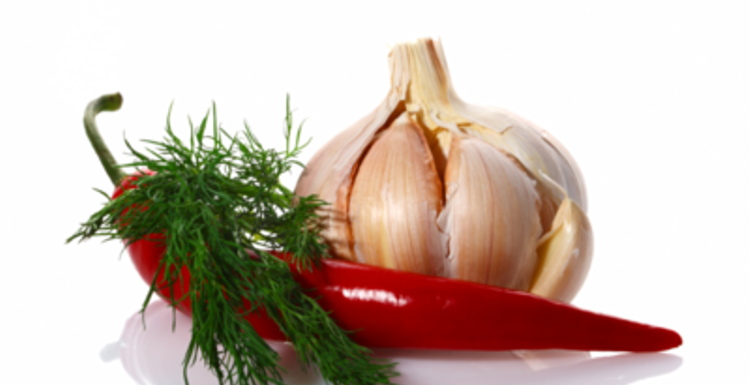 You’re in a great routine getting to the gym regularly, you’re trying to be healthier, and you’re giving up bad habits – now wouldn’t it be great if the food you ate actually helped you burn calories?

There are foods out there that have been proven to burn calories as you eat them – but of course that’s no excuse for not going to the gym, it’s just another helping hand.

“Thermogenic” foods improve your metabolism rate and burn more calories used than to eat the food, so some of the best fat-busting foods to consider include:

Chillies – Eating spicy food makes us feel warm, and even go red in the face and reach for the water. The chemical in chillies – capsaicin – stimulates a natural process whereby some of the food we eat is converted into heat. Chillies are also believed to suppress appetite, speed up the heart rate and reduce bad fat in the arteries. Try and use it sensibly, in healthy meals rather than in fat-laden curries. Use hot chilli sauce as an alternative to fresh chillies.

Ginger – Ginger has the amazing power to expand blood vessels, increasing body heat, which burns fat 20 per cent more quickly than if you hadn't eaten it. It’s easy to get it down you by using it in tea – either fresh or at health food shops. It detoxifies your body and helps to stimulate circulation.

Garlic – Known as an antioxidant, though not the best for fresh breath, garlic is a real fat buster. Used for healing over centuries, it is known as a natural antibiotic. It destroys bacteria and because it is a blood sugar regulator, it will speed up the fat burning process. It is said to keep your insulin levels lower, which also maximizes the fat burning process.

Milk – Sounds strange doesn’t it, but calcium, of which milk contains plenty, is a metabolic trigger. Drinking milk during exercise, as part of a healthy diet, has shown to help reduce the amount of body fat.

Olive oil – There are two types of fat – good and bad. Many believe that oil is bad for you, but depending on the oil you use, it can actually be good for you. Olive oil helps to burn fat, and equally it reduces the amount of bad fat in the blood. Use it in cooking, or as a dressing on salad.

Green tea – Although an acquired taste, green tea contains a chemical called EGCG which makes the brain and nervous system run faster, helping you to burn more calories. It has also been hailed as an antioxidant.

Citrus foods – Foods high in vitamin C help to liquefy fat and remove it from the body quicker. Also foods high in the vitamin are renowned for their immune system boosting properties, keeping colds at bay. Think oranges, limes, lemons and grapefruit.

Eggs – The humble egg contains high levels of the vitamin B12 which helps the body to break down fat and to stimulate the metabolism.

Salmon – Oily fish is packed with goodness. This comes from its high level of Omega 3 fatty acids which can alter leptin, a hormone in your body, which is linked to higher calorific burn. Other oily fish includes mackerel, sardines and tuna.

Chicken – Lean meats, proteins, have a high thermogenic effect and you have to burn about 30 per cent of the calories the food contains during digestion. For example, a 300-calorie chicken breast would require around 90 calories to break it down.

Oatmeal – There’s a lot of good to be said about your morning bowl of porridge. Oatmeal contains a high level of fibre and it slowly releases glucose without allowing your insulin levels to spike. This means that you stay feeling full for longer, and prevents you reaching for the calorie-laden snacks.

Whole grains – Whole foods, including brown rice, take a lot more to digest than its processed counterparts. In fact your body burns twice as many calories breaking down whole foods.

Choosing your foods wisely, and incorporating plenty of these fat busting foods will certainly help you on your way to achieving the body you want. But it’s important to remember that without exercising, it’s unlikely that eating these foods will have a huge impact.

A good gym programme and regular exercise is just as important as the right diet. Working in combination, the two disciplines will stand you in good stead for hitting your goals and reaching your target weight, as well as staying healthy and illness free. Fat busting foods have a lot going for them, but remember that they only have the desired effect if you are eating them in moderation. Overloading on any type of food will lead to an increase in calories, which your body will then have to work twice at hard to combat.

This information has been really useful .I train hard and at 55 look and keep fit but I have a little bit of excess fat around my waist although I have a lot of muscle underneath I want to remove this excess .