The health benefits of a spiritual diet 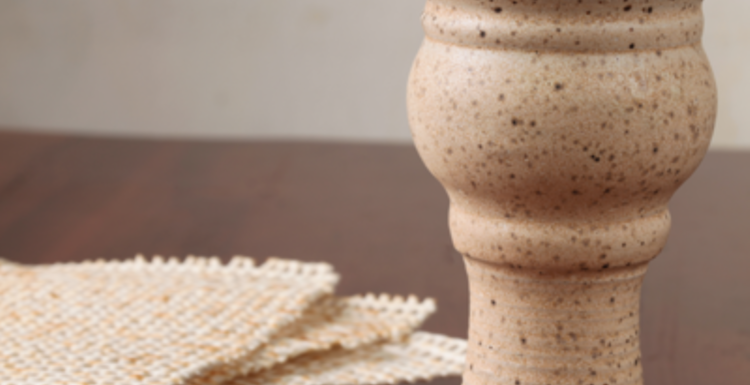 Many of the religions of the world specify dietary restrictions for their followers. These were laid down for a variety of reasons hundreds or thousands of years ago. In the increasingly secular world of the 21st century, are there still health benefits to be gained from following these rules?

As our society grows more multi-cultural, there is more contact between different religious and cultural groups. Many of these groups have dietary rules which are followed to varying degrees by their adherents. Anyone in the catering or hospitality business has to be aware of these rules so that they can offer suitable options. Those who do not follow a religious faith may think this is all irrelevant to them. However it is worth considering whether there are any health lessons to be learned from these ancient practices.

The source of many of the religious dietary rules is not known. Some of the tenets are stated explicitly in the holy books such as the Koran and the Bible, while others have been passed down as teachings or come from interpretations of various writings. Naturally these rules were not formulated with health in mind – compliance with them is part of the faith concerned and is seen as producing a better life.  Nonetheless, some of the restrictions were very sensible as a way to reduce the chance of food poisoning in hot countries in a time before refrigeration and modern hygiene.

Vegetarianism is central to the philosophy of the Jains, and is followed by many Buddhists and Hindus (for more on the health aspects of vegetarianism, see this article) .The reasons for this include a belief in the sacredness of all life and an abhorrence of killing, which obviously means that no meat or fish can be eaten. Many religions also forbid the consumption of blood or any food contaminated with blood. While it is not suggested that we should all become vegetarians, more and more research shows that reducing our consumption of red meat has many health benefits. These include improved heart health, smaller risk of bowel and stomach cancer and even a possible link to brain function.

For those that do eat meat, it is worth considering the prohibitions relating to this. Most people know that both Jews and Muslims are forbidden to eat products made from pig meat. This includes lard which is full of unhealthy saturated fat and should be strictly limited in anyone’s diet. The banning of pork products made sense in biblical times – the pig has a very similar blood temperature to man and so diseases that thrive in pigs can be more easily transmitted. On the other side of the argument, pork is lower in saturated fat than beef and so can be considered to be a ‘healthier’ red meat. Note that this does not mean a license to eat limitless bacon and sausages!

Buddhism has some useful attitudes to food, stemming from the requirement of awareness of our bodies and what we are putting into them. Buddhism asks for contemplation while eating, including considerations such as ‘do I need this food?’, ‘how much work has been involved to produce this food?’ and ‘where does my food come from?’ In the secular world, these translate to considerations such as the freshness of food, how far it has travelled and whether it is in season. Despite the availability of food from all over the world, there is no doubt that food that is not well-travelled and has not been stored for a long time is better for us.

The most important of these precepts is ‘do I need this food?’ Too many of us eat for reasons other than hunger, and this is directly linked to our obesity levels.

While not strictly part of our diet, alcohol is a pleasurable addition for many of us. It is probably not a surprise to find that many religions forbid alcohol. For example, Sikhs are commanded to be active and alert to their surroundings, and Mormons are not allowed addictive substances in the interests of their physical health. On the opposite side, Judaism includes wine in many of its ceremonies, and at the festival of Purim Jews are actually commanded to become sufficiently drunk that they cannot tell the difference between the leader Mordechai and the evil Haman. Generally Judaism condemns drunkenness as shameful. There is also some evidence that as many as half of the Jewish population carry the gene that gives a very low tolerance for alcohol – so they learn quickly that they will suffer if they are not extremely moderate in their consumption.

So in summary, consider the following:

Of course, it goes without saying that the odd trip to the gym will help you to keep healthy, too. You don’t have to follow a faith to want to look after your body – it is the only one that you will get.

In this life, anyway.