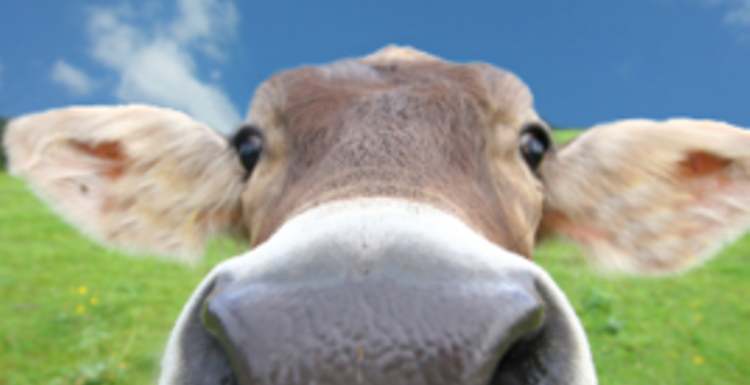 It's one of the great debates - is vegetarianism the best choice for the planet, animal welfare and - if correctly monitored - our health, or are we just part of the food chain, with nutritional needs that require us to eat meat?

Eschewing meat or animal products has been a part of some religions for hundreds, if not thousands of years. More recently it has become popular in the West to adopt a partly or fully vegetarian or vegan diet. This can be for perceived health reasons or due to concerns regarding animal welfare. Are these diets really healthy and sustainable?

People choose to become vegetarian or vegan for many reasons. It may be due to concerns about health or animal welfare. It may be triggered by news stories such as the recent discovery of horse-meat in what was believed to be beef products. The choice may even be made for ecological reasons – there is no doubt that this planet cannot sustain sufficient farm animals to allow everyone to eat as much meat as most Westerners do. So going meat-free is a good choice for the earth – but is it a good choice for health?

Firstly, what is the difference between vegetarians and vegans? A vegetarian does not eat animal flesh, so will not eat meat or fish. A vegan will not eat any animal products, so does not consume milk, dairy products or eggs. A true vegan will also not wear leather as this means that an animal has been killed to produce the product. However wool and other fleeces are usually acceptable to vegans as their production does not kill the animal.

There are continued debates as to whether Homo sapiens are designed to eat meat. In biological terms, human beings sit between herbivores and carnivores. We lack the multiple stomachs and the digestive enzymes that allow herbivores to survive on grass and raw plants – but we have invented cooking so that we can break down cellulose. We lack the teeth, claws and speed to chase and capture prey animals for meat – but we have long since learned to domesticate them, breed them and harvest them on a giant scale.

Health scares from meat are not new. The ‘mad cow’ disease outbreak of the 1980s resulted in mass slaughter of cattle, a lengthy ban on British beef exports and a number of cases of the disease being transmitted to humans, with fatal results.  Cattle feeding practices and slaughtering ages were changed dramatically as a result, but it is still not known if the disease remains dormant in the human population. Many countries still ban blood donations from anyone who has spent time in the UK as a direct result of the BSE crisis.

Reducing meat consumption, particularly that of red meat, has proven health benefits. It reduces cholesterol levels and general calorie intake. Most people who have reduced their meat consumption during the summer vegetable glut will probably notice a weight loss if the remainder of their diet is healthy, even if they haven't been to the gym in months. Eating vegetables that are in season is good for everyone, and those who are lucky enough to be growing their own will notice the difference over the supermarket vegetables that are imported year round and selected for appearance, not taste.

On the other side, meat and fish do have definite nutritional benefits. Meat provides iron and protein, both essential for health and development. Oily fish provide omega-3 fatty acids which protect against heart disease and help brain development. There is some suggestion that obtaining these fatty acids from vegetable oils may not provide the same protection to the heart.

Vegetarians who eat dairy products and eggs can obtain all their dietary requirements without consuming animal flesh. It is important to ensure a varied diet, and that the protein and iron found in meat are replaced by other sources. This is particularly important for children, for whom the advice is to ensure two portions of vegetable protein or nuts each day. As nuts are a choking hazard for small children, they must be given as a puree or nut butter. Good vegetarian sources of iron include dark green vegetables, bread, pulses and fortified breakfast cereals. The high sugar content in some cereals is a concern so it is always best to avoid those marketed directly at children.

Strict veganism does not sustain life, as there is no source of B12 in the diet. Long term deficiency in this causes permanent damage to the nervous system and digestion. Symptoms can include depression, psychosis, digestive problems, fatigue and skin and muscle problems. Fortunately for modern vegans, all this can be avoided by taking a B12 supplement. There have been cases of children raised vegan suffering from stunted growth, rickets, anaemia and other symptoms of malnutrition if their diet is not thoroughly monitored. Parents who are bringing up children on a vegan diet need to take special care. Vitamin D supplements are recommended for all under-fives, but children being brought up as vegans will need additional supplements. This is due to the high-fibre nature of vegan foods, which means that children may not take in enough calories and nutrients before they feel full.

Vegetarians and vegans can be as healthy as anyone else, but this lifestyle choice needs a full understanding of nutrition and some extra effort. You could argue that any diet that requires supplements is not a complete diet. You could also argue that being able to take supplements means we can chose a diet that is better for the planet and doesn't involve the killing of another animal. Let's face it, you could argue this one until the cows come home.