Should we all be drinking apple cider vinegar? 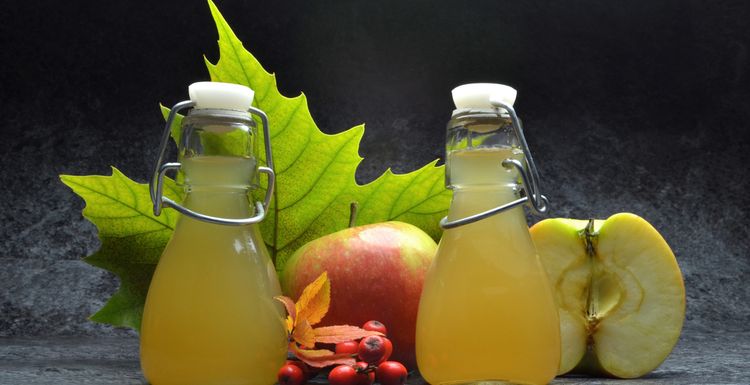 Apple Cider Vinegar (ACV) has been used for thousands of years as a remedy for random problems. Is it true it can it help with weight loss, digestion and lowering blood sugar?

Scientific research is sketchy, but with health claims like that it’s worth a closer look.

Many people take a teaspoon of apple cider vinegar before meals to boost digestion. This is meant to increase the acidity of your stomach which increases the amount of enzymes that break down fat and protein.

There is no scientific evidence to support how this could work inside our bodies.  However, ample anecdotal evidence suggests it can help improve dodgy digestion problems like burping and acid reflux.

Apple cider vinegar is fermented which makes it a good source of gut-friendly probiotics. ‘Gut health’ is all the rage, and drinking ACV is one of many ways you can up your intake of healthy bacteria. You need to drink one which contains ‘the mother’.

However, for it to be considered a probiotic, bacteria has to survive the entire passage through the gut, and there are no studies that support this. But fermented foods are all beneficial, so it’s still worth drinking.

Some research suggests that taking ACV may reduce appetite and hunger signals. One 2018 study found that dieters who drank 1oz of apple cider vinegar daily lost more weight and belly fat than those who only cut calories.

As much as we’d all love a magical elixir to melt the pounds, it’s probably not worth getting too excited over. It was a small, short trial. But hey – who said we couldn’t give it a try!

We’re all aware of the importance of reducing our intake of sugar. There is evidence that apple cider vinegar can help lower our blood sugar levels by slowing the absorption of the food we eat.

While the evidence seems promising, it doesn’t mean you can down a shot of apple cider vinegar with a bar of chocolate and avoid a sugar spike! But it might well help reduce your blood sugar levels if taken consistently.

So, should we all be drinking apple cider vinegar? The limited scientific evidence means it’s probably not the miracle cure we’re hoping for. But it’s safe and there’s plenty of anecdotal benefits, so we think it’s certainly worth a try!

I started drinking a shot of this befpre I ate to help digest my food better. But it didn't work that well, and then I read about it eroding teeth enamel so I stopped taking it after that. .

Yes you need to drink one with 'the mother', which I assume is something containing its original unprocessed goodness. I am sure that the organic one by Biona contains this, if that helps anyone.

Having a quick look and I might be missing it wil all depent whether the vinegar is with the 'mother', as without there is no benefits whatsoever in taking apple cider vinegar so I have been told.

Most of that information isn't relevant to my health, but the last bit about reducing sugar levels caught my attention. As a borderline diabetic, this might be worth me looking into, so thanks for the info.

I find that apple cider vinegar helps me feel better if I have a bout of IBS. But it's not an instant cure, more a subtle settling down feeling.

hmmm....so the bacteria don't make it past the stomach and there's no evidence to show it can support gut health. I'm all for an open mind - but it also doesn't sound like it tastes very good so no sale here!