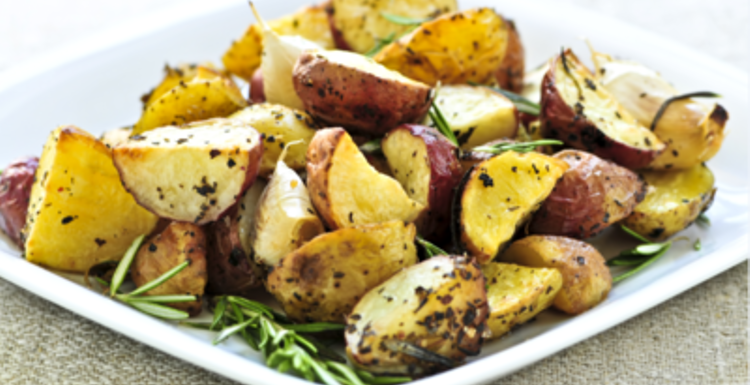 Autumn is a fabulous time to give some thought to your diet and nutrition. There are plenty of healthy eating options out there that feel more like an indulgence than a virtue, so snuggle up and tuck in!

We've barely passed the middle of September. This time last year many of us were enjoying not so much an Indian summer as, well, a summer (given that there hadn't been a real one in the first place) and late September saw an unprecedented sale of paddling pools. But not so this year. We were barely into September when it became clear that the season of woolly jumpers, thick tights and boots was truly upon us, despite the odd appearance from the sun this week.

So what does autumn eating mean to you? Is it a trajectory of comforting stodge that peaks at Christmas, to be followed by a rueful New Year spent making up lost time in the gyms in an attempt to shift the pounds? Or do you find that the brisk weather makes you turn towards hearty stews and wholesome soups? Just as summer can be a time of dietary virtue or vice (think crisp salads versus enormous ice creams) so autumnal eating is what you make of it. There's much pleasure to be had in a healthy autumn diet. You can enjoy those wholesome roast dinners – just don’t forget to pay the odd visit to the gym alongside the roasties and you will get to the holiday season feeling healthy and energised.

The starting point of a healthy diet at any time of year is to base as much of your diet as possible on fresh, local, seasonal produce. Here are some highlights of autumnal abundance for you to sample:

Fruit and vegetables: There is an enormous variety of fruit and vegetables to choose from in the autumn. Farmers' markets and supermarkets alike will be bursting with apples, pears, pumpkins, Brussels sprouts, cabbage, broccoli, leeks and parsnips, to name but a few. There's a general theme of moving away from the “watery” vegetables of summer (this includes the entire lettuce family) and towards more substantial root vegetables. And that's great for making heartier meals to see us through the colder days without weighing our bodies down with stodge.

Meat. Darker meats are coming into season now, such as duck, pheasant, rabbit and venison. They certainly make a nice change from, say chicken, and generally don't come with the same concerns about food production and animal welfare (have you ever heard of a factory-farmed rabbit?!). And your local butcher should have plenty of advice on cooking them, if you're feeling daunted by that prospect.

So what are you going to do with all of this lovely, healthy, seasonal produce? It's no good spending a small fortune at your local farmer's market and then having no idea what to do with your “harvest” when you get home! Fortunately, if you follow just three simple principles of autumnal cooking you can't go far wrong.

Finally, take time to enjoy the food that you are eating. Autumn is the harvest season. It's a time to be grateful for all we have (and compared to most of the rest of the world and pretty much any other point in history, that's a LOT) and consciously appreciate it. The loveliest local produce cooked in the most mouth-wateringly elaborate way won't do much for your health and well-being if you're not taking the time to actually savour it. So let autumn be your cue to slow down and appreciate your food. Enjoy!