Meat and Cheese may be as bad for you as Smoking 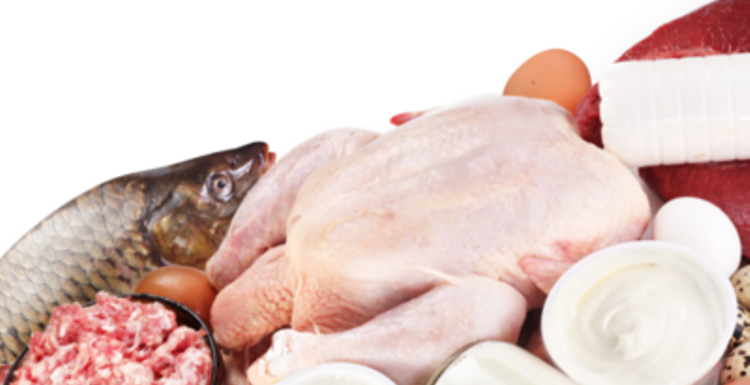 What we can and what we can’t eat changes all the time and the latest research has brought out this shocking headline: A diet rich in meat, eggs and dairy could be as harmful to your health as smoking.

The study the story is based on is controversial but the results are still interesting.

People under the age of 65 who eat high levels of animal protein (meat, eggs and dairy) are up to four times more likely to die of cancer or diabetes. A further increase in the risk of dying from any cause over an 18 year period was also seen.

A high protein diet is classed as one in which 20% of your calorie intake is from protein. In general, just 10-15% of your diet should be from protein.

Interestingly these statistics were completely zeroed for diabetes and general health when plant proteins such as beans or legumes replaced the animal-based ones. Cancer risk still remained high in middle-aged people who ate protein-rich diets regardless of the source of protein.

It’s not long since the Atkins diet was all the rage and this was probably the highest protein diet around. The last year or so has all been about living like a caveman, on the paleo diet.

These diets have now been thrown into doubt with the suggestion that a low-protein diet should be maintained until later life. It is only when frailty becomes an issue that the body’s protein intake needs to be boosted.

However, as with all the big headline food stories, looking into it a little deeper shows there’s nothing cut and dry. Nutritionists have said more research needs to be done before we can lay the blame entirely at the feet of animal proteins.So you may not have to give up those steak and cheese melts just yet.

Perhaps just cut down on them, to be on the safe side.

Oh, and do some exercise.

trouble is, no-one ever made money from a diet book that consisted of the words 'don't eat too much'! We are lucky to have the choice and need to be responsible for ourselves.

Like Freya and Matthew say moderation is key and like all the other studies that are bound to come out this year I'm sure this can be taken with a pinch of salt.

I knew about eating too much red meat being a problem, and an overload on cheese, but seriously I'm hearing over and over again that we can't eat this, and we shouldn't eat that. MODERATION is surely the only answer?

I could hardly contain my laughter when I heard this on the news. Honestly - it just shows that whatever idea we have of the 'perfect' diet could change at any time. The only thing we need to remember when choosing food is MODERATION!! Protein isn't bad as a food group - but too much of it is. Same with fat, sugar, carbs etc.

live like a caveman? Does that include the life expectancy of thirty-five years due to poor nutrition and no health care?

With so many of these supposedly scientific studies, there's so little consideration of individual differences. I feel well and energised if I eat a lot of protein and fat. My wife is much happier on fresh fruit and veg. Different foods for different metabolisms. Surely that's why the human species has lasted this long - adaptability and variation?

I'm vegan. I've found the paleo/Atkins craze over the last couple of years really trying. It's great to see my fundamental beliefs vindicated - that we're not only capable of surviving perfectly well without eating animals or animal-derived food, but that it's actually healthier to do so.

Wasn't it just a few months ago that we were told that butter isn't bad for you after all? How on earth can we know what to believe anymore? I'm going to stick to everything in moderation and ignore the media.

Think it's crazy they say it's a bad for you as smoking. Smoking is all bad for you. Surely some red meat/fish/eggs is good for you? Iron, anyone? Omega 3?