Is vegetarianism the key to a long and healthy life? 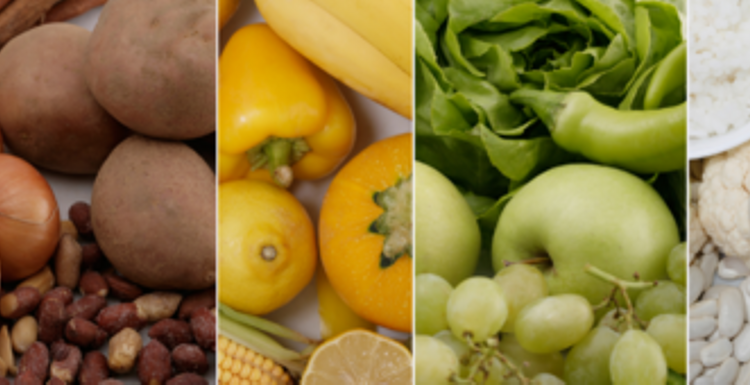 Just in! A new study linking vegetarian diets to longevity

This week, the benefits of a vegetarian diet have been in the headlines, with The Daily Mail reviewing an American study that found a 12% reduction in death rates over a six-year period for people following a vegetarian diet.

The study, published by the JAMA of Internal Medicine, looks impressive. Over 70,000 people – a far bigger sample than is usual for these sorts of studies – were studied between 2002 and 2007. They were divided into five groups according to their dietary patterns: nonvegetarian, semi-vegetarian, pesco-vegetarian (eating fish), lacto-ovo-vegetarian (eating dairy and eggs), and vegan. The mortality rates for these different groups were recorded over the duration of the study and related to various other health measures, such as cholesterol level and blood pressure. A distinction was also made according to causes of mortality, particularly whether people dies of cardiovascular conditions or cancer.

·         There was a significant association between vegetarian diets and reduced rates of mortality from cardiovascular causes, renal causes and endocrine causes.

So why did the vegetarians live longer than nonvegetarians? The authors put the reasons down to reduced blood pressure and improved cholesterol levels. The avoidance of red meat and the consumption of large quantities of vegetables were thought to be the key dietary features that promoted better health.

So does that mean we should all be switching over to a vegetarian diet? It may be worth considering some criticims of this sort of research first...

Criticisms of these sorts of studies tend to fall into two categories: confounding variables and inappropriate conclusions. Let's examine each in turn.

Does this caveat apply to this most recent study? The participants were all Seventh-Day Adventists, which is relevant because the Adventist Church places strong emphasis on a healthy, wholesome lifestyle – members tend not to smoke or drink, often avoid caffeine, and are generally considered particularly health conscious. However, even within this health-conscious sample, vegetarians drank and smoked less and exercised more than nonvegetarians. They were also more highly educated and more likely to be married, which may seem irrelevant until you consider that both of these variables have been associated, independently, with increased longevity (for reasons that are not entirely clear). It certainly looks possible that other variables have confounded the association between a vegetarian diet and reduced mortality rates.

A 12% reduction in overall mortality for vegetarians is impressive, but we have to be careful about leaping to further conclusions. We've already seen that we cannot be entirely sure that diet was the main reason for the differences in mortality in the first place. Going on to assume causality and pin it down to certain particular variables like blood pressure and cholesterol levels may be taking a leap too far.

So what should we be eating?

How do we find our way through this maze of research, arguments and counter-arguments and make a sensible choice about whether to eat meat or not? How can we be expected to make an informed decision when we are overloaded with contradictory information?

One solution to the meat-eating question is to focus on the overall quality of your diet rather than on whether you're eating meat or not. Here are some guiding principles than transcend the meat-eaters/vegetarians divide:

1)      Eat food that is in as natural, unprocessed a state as possible. Contrast a boiled egg with cheese that comes in a squirty tube, or a roast chicken with a turkey twizzler, and it becomes obvious that whether food is animal-derived or not is an entirely secondary question.

2)      Buy the most expensive food you can afford. It is estimated that less than 10% of household expenditure goes on food and drink these days, whereas in 1950 it was 25%. We need to re-think our priorities. Whether it's organic vegetables or grass-fed beef, eggs from free-range chickens or, well, free-range chickens – it's worth spending money on food that has been produced to the highest possible standards.

3)      Be mindful of what you are eating. So many of us eat in autopilot, barely giving a thought to the hundreds of dietary choices we make every day. We eat in a sort of default mode. If you take time to consider what you are putting into your body and how your diet is likely to affect your long-term health and well-being, you're more likely to make good choices, whether that involves eating meat or not.

Micheal Pollan has written a lot about the dilemma of what we should and shouldn't be eating, and he summarised things excellently: “Eat food. Not too much. Mostly plants. Don't eat anything your great-grandmother wouldn't recognise as food.” Not that there's much of a Daily Mail headline in that...