Is it bad to eat late at night? 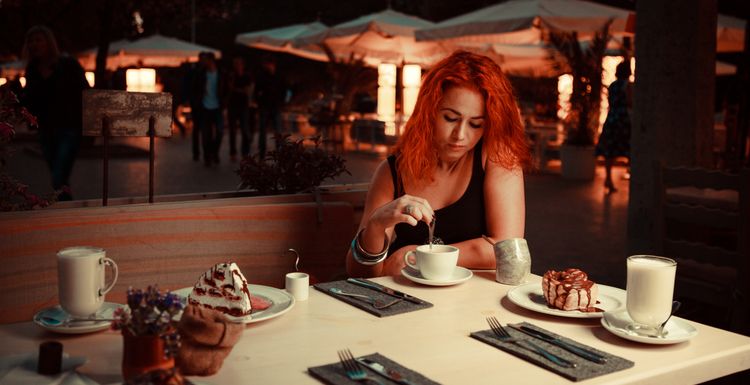 You get stuck at work. Stuck on a train. We get it. It’s not always possible to eat at a decent hour.

It’s not great for your body to eat late though. Here’s why.

The pancreas releases insulin after every meal. This in turn produces glucose, and a hunger hormone called ghrelin. Ghrelin normally resets itself between 8pm-8am, but if you’ve eaten late then the cycle is pushed back and you’ll wake hungrier.

It even sounds uncomfortable. Not allowing time for your food to properly digest before bed means acid can spill from a full stomach and leak into your oesophagus (ewww).

Remember the stories about eating cheese and having bad dreams? Well, eating late could contribute to those weird nights. Probably this can be attributed to having stomach cramps.

Studies on mice have shown that eating late can impair cognitive function. And no doubt being mice, that cheese will give them bad dreams!

If you’re eating late regularly, you might be making other bad health choices. Grabbing a quick snack from the kiosk before you jump on the train? Sound familiar?

Photo by Julia Smorochinskaya on Unsplash

I've always had supper around 9pm throughout my life and never had any issues. I eat at 5pm with the kids so just get hungry again. I can't underestand how people can manage to last until 8pm for their evening meal after eating lunch at 1.

I like the idea that even mice get bad cheese dreams! Going to bed on a full stomach certainly isn't comfortable. However our Mediterranean friends eat at 11pm and don't seem to get overweight on it. They probably aren't eating kiosk nasties, though.