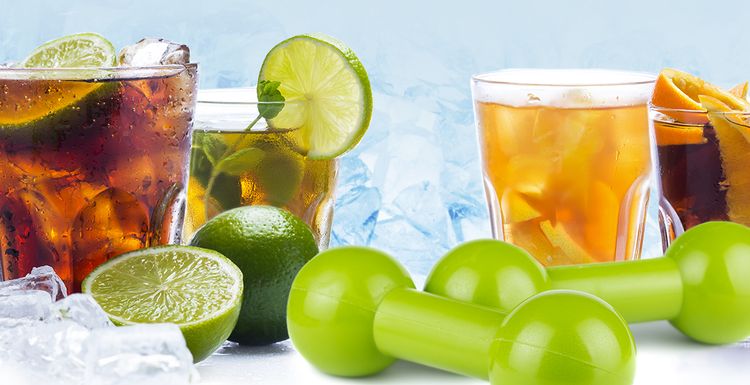 There's been a lot of noise about safe drinking levels in the press recently. You may not agree about how much is being touted as too much. Despite this, it’s fairly well recognised that drinking regularly has a detrimental effect on the body.

Drinking overall has a negative effect on sports performance as it affects the body in two main ways:

1. Alcohol is a diuretic, which means it stimulates your kidneys to produce more urine – this is why drinking too much alcohol can lead to dehydration. If you exercise too soon after drinking alcohol then you’ll make it worse because you’ll sweat as your body temperature rises.

Performance is reduced when we’re dehydrated and you are more likely to overheat if you’ve had alcohol.

2. The other problem with drinking alcohol before exercising is that it interferes with the way your body makes energy. When you work out you require high levels of blood sugar for energy, so if your liver doesn’t produce enough glucose your performance will be impacted. The reason the energy isn’t being produced is because the body is busy metabolising and breaking down the alcohol.

Both these effects on the body take place immediately after having alcohol, so it’s never advisable to exercise soon after drinking alcohol.

Dehydration can also affect performance if you’ve been drinking alcohol the night before you exercise. This presents itself in the way of a hangover and anyone who has experienced will know how hard it is do perform well while feeling hungover.

Even without the hangover the likelihood is you’ll lack in strength and power and feel tired more quickly as your body works to get rid of the toxic by-products of alcohol in your system.

Alcohol contains many calories due to its sugar content, which if you’re trying to get fit, is bad news. Drinking alcohol can affect sleep patterns and leave you feeling tired and more concerning, drinking can increase the likelihood of unusual heart rhythms. This risk significantly increases during exercise up to two days after heavy alcohol drinking.

The advice is to try and stick to just one alcoholic drink, with food, and to ensure you are drinking enough water to maintain a good level of hydration.

If you do drink a lot, make sure you give it time before you exercise to let your body recover from the toxins. Try and give your body a rest by taking days - or weeks, even months - if you can manage it, off from drinking alcohol.

It's good to remember about the sugar content of alcohol. This causes all sorts of health issues so you really shouldn't drink regularly anyway, in my opinion.

I drink. Just not so much that I get a hangover or worse. It's not really that hard - time is too precious to waste with the 'morning after'. Perhaps it would be better not to drink, but I'm also a great believer in moderation.

easy for me as a non-drinker; but the stuff isn't good and is full of sugar. Drinking before a workout would be a really bad move!

the magic word, as always, is 'moderation'. The horrific sights of a Saturday night are clearly excess, but I don't feel that means we should all give up the sauce totally.

I'm not a big drinker and don't think it influences my fitness but I imagine once it becomes a regular habit it's just aa slippery a slope as eating the wrong foods.