Canned Foods are not all that Bad. Choosing the healthiest canned food options 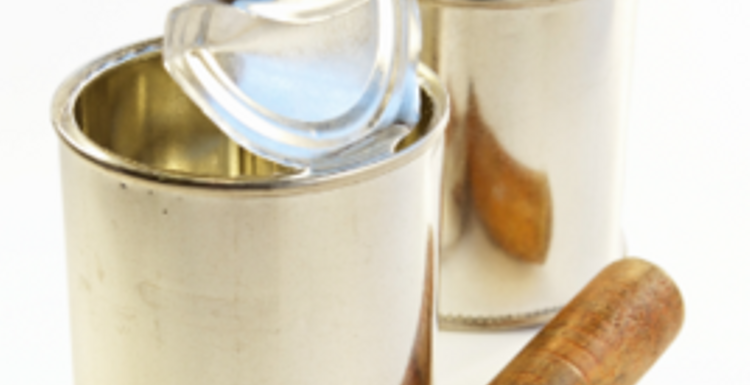 The majority of people asked would automatically say that canned food is far inferior to fresh and especially if you’re trying to maintain a healthy diet you should avoid it. Some nutritionists and food experts especially will warn you off anything processed but sometimes this isn’t practical for our actual lives.

The main issue people cite when canning food is that the essential minerals and vitamins are lost so you’re basically eating empty calories. Research into canned food and consumers carried out Canned Food UK was commissioned to try and convince consumers that these myths are simply untrue and canned food isn’t all that bad.

Researchers working on the study found that in most cases canned foods provided similar amounts of vitamins and minerals as their fresh counterparts. In many cases they also provided a good source of fibre and protein too.

A previous study carried out by market researching company TNS found that 93% off people asked believed that canned food was a lesser, second-best option to fresh foods. The Canned Food UK team worked in conjunction with Manchester Metropolitan University and the British Nutrition Foundation (BNF). Two separate studies looked into the benefits of canned food.

The university researchers focused on comparisons between taste and convenience whilst the BNF collated nutritional data and closely compared fresh and canned food. They did this across seven food groups including fish, fruit, meat, vegetables, pasta, soups and dairy products.

The research looked at so many different types of food that discussing them all in depth is impossible but some points to note included:

From a taste and texture perspective the majority of testers found very little different between canned and fresh foods. The only notable differences were in foods such as custard and curry sauce where surprisingly the canned variety was preferred.

The researchers also took this opportunity to further highlight how canned food is highly convenient and takes considerably less time to cook than fresh. It was asserted that another fear people have about canned food comes in the worry about excessive preservatives being packed into each tin. However, for most products the food is preserved simply due to the canning process and not because anything additional is included in their makeup.

The research isn’t designed to turn people off fresh food but it does give a clear indication that grabbing a can of vegetables or soup every now and again isn’t going to destroy your diet or mean you’re losing vital vitamins and minerals.

With this research in mind we’ve looked into some of the best and healthiest canned foods and how they can be worked into your diet and even boost you before or after your work out.

Canned prunes are a valuable food choice for keeping your muscles in check. They are packed with phenols including rutin which are known for their anti-inflammatory properties. This can help with easing soreness post-workout.

A good tinned chilli is a great snack before heading to the gym. It’s packed with iron, B vitamins and zinc. It also contains around 20g of protein so it could be a good choice if you need a quick snack post-workout.

Butter beans are the most reliable vegetable protein there is and they’re packed full of magnesium which improves muscle function.

It’s hard to believe one of those small tins of tuna contains 30g of protein but it’s a fact! A huge amount of protein with a tiny calorie count is a fantastic option for anyone counting up their daily intake.

The natural sweetness of the figs provides an instant hit of energy and their high potassium levels is also great for improving and maintaining nerve function.

The classic and most famous food in a tin. Baked beans may seem like a strange choice for our list but they’re absolutely packed with proteins and if you eat them with eggs you can enjoy a big hit of amino acids too.

Tinned chilli peppers are great if you like a bit of spice and they are renowned for their metabolism-boosting benefits. Pop them into your salads or if you’re feeling brave simply crunch on them.

Canned foods may not be the first thing you reach for when cooking but it never hurts to have a few on hand for those moments where you need a quick fix. Rest assured you’re not simply being a slob and you’re not missing out on any goodness. Embrace canned foods and consider our healthy options when you need them.