Can the wrong type of bacteria in your gut make you fat? 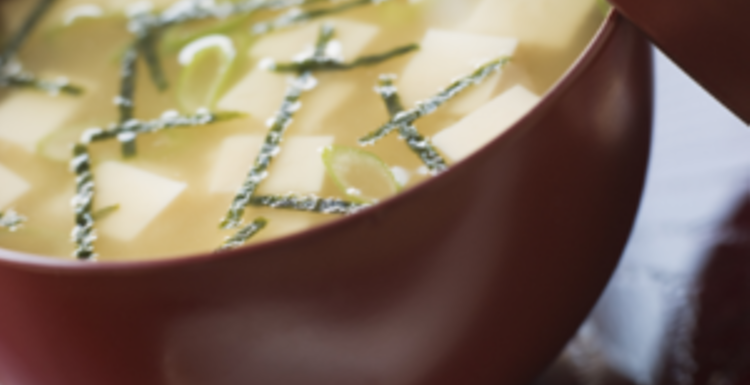 Here's food for thought: weight issues are linked not just to the calories you are consuming, but to the actual bacteria living in your body. The right type of bacteria will keep you thin; the wrong type will ensure you get fat. Interesting proposition. Is there any truth in is and if so, can your food tackle the bad bacteria, and increase the good?

These questions come about from a new study which has found that the bacteria living in obese people may actually be a weapon against their bodies. This bacteria is stored within the gut and the new evidence suggests that getting rid of this bacteria may actually be the way to trim waistlines and lose those pounds.

This research indicates the possibility that bacteria in lean people is more effective in breaking down the fibre from the food into short-chain fatty acids. This increases the amount of energy taken from the gut. In addition, the chemicals in the gut prevent the built up of the fatty acids and cause an increase in the total amount of energy being burned.

However the team of researchers, from Washington University School of Medicine, were keen to point out that no matter how good the bacteria in a lean person’s body is, if combined with a diet of greasy, unhealthy foods, it was likely even they would pile on the pounds. The study saw gut bacteria from pairs of twins, one obese and one thin, transferred into mice. The mice with the bacteria from an obese twin put on weight whilst the other still stayed thin.

While a human study is unlikely to occur due to the risk of infectious diseases, the team hopes to take their findings further by searching for the perfect mix of bacteria which will benefit human weight and the right foods to further encourage the growth of this bacteria.

A second study by scientists from The Great Plains Laboratory has indicated that low levels of healthy gut bacteria can also have an impact on a person’s mental health, due to the HPHPA levels, a chemical bi-product of bad gut bacteria. This is much higher in autistic children and those with other difficulties such as attention deficit hyperactivity disorder and obsessive compulsive disorder. Research has shown that an increase of probiotics within an individual’s diet has led to the effects of their disorder completely disappearing, with one subject having no signs of her ADHD or OCD within a few short years. It is believed that the same can be said for schizophrenia and anxiety issues though the research is still to be carried out for this.

You may have noticed in the supermarkets that the food claiming to boost probiotics have increased dramatically over the years, especially in the yoghurt aisles. These studies are just two of the more recent ones which up the claims that these foods have an effect on the body, especially for overweight individuals or those suffering from a mental health issue.

However how do you know which products are the best for you? With so many claiming to offer the best results it is hard to fully understand what to go for but here are a few tips:

If you find a product with all of these benefits be sure to take it every day to see the full effects. Probiotics are also found in everyday foods so you don’t have to seek out as many of those labelled probiotic foods and drinks if you don’t want to.

Cow’s milk contains the bacteria, but there is more to be found in soya milk - perhaps it’s worth considering a change to your breakfast option. Miso soup, a Japanese favourite, is one meal choice which will increase the levels of good bacteria in your body, as is sauerkraut. When thinking about snack choices, pickles, olives and dark chocolate are all on the list. Yes, that’s right – chocolate. Just the dark stuff though.

Perhaps increasing your intake of probiotics will be easier than you thought?