Can food help to fight fat? 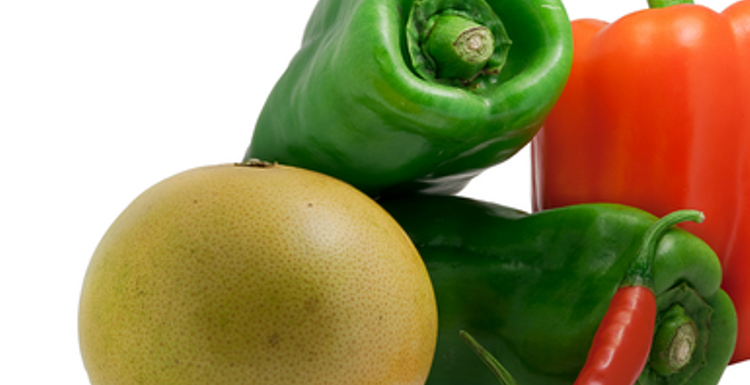 The idea of ‘burning fat’ is the selling point used by many workouts and diets. There is no doubt that exercise uses calories and hence reduces our fat stores. But what about what we eat, can some food actually burn fat?

Sounds like a wonderful idea, doesn't it. Let's take a look at three fat-fighting candidates and see if there is any truth in the claim:

Grapefruit: Grapefruit was touted for years as being fat burning, however it would seem there is no truth in this at all. Scientific studies have shown no measurable effect on weight from the fruit itself, only from the restrictive ‘grapefruit diet’. Like all fruit and veg, grapefruit contains some complex carbs which make you feel fuller for longer. However the fruit may have some beneficial effects on cholesterol levels – although it can interfere with statin use so check with your doctor if you are taking medication for your cholesterol before you start chomping down the grapefruit!

Green Tea: Both green tea and black tea come from the same plant, but there is a difference in how they are processed. Both contain caffeine and anti-oxidants. One chemical in green tea has been shown under laboratory conditions to produce a small increase in metabolism and promote fat oxidation, unlike caffeine alone. So it would seem that there is some truth in the claim that green tea is ‘fat burning’, however you need to drink a lot to have any measurable effect!

Chilli pepper: Spicy food means that you tend to eat less, which helps portion control. A study carried out on 25 people, using normal amounts of chilli rather than ‘mega doses’, did show that chilli pepper reduces food cravings and increases energy expenditure by a small amount, for a short time. The study was very small however and much more extensive research would need to be done to reach any concrete conclusions.

The conclusion? Some foods can cause a short-term increase in metabolism and hence calorie use. However the effects are small and in scientific terms, considerable doubt remains.

As always, there are no miracle short cuts to fat loss. Keep up the healthy eating and the exercise!

I think that's it - some of us just use calories faster or more efficiently than others. It is a biological fact for each of us and I'm afraid I can't see any food changing it.

Roger - my sister-in-law seems to be able to eat lots. I think she must have a high metabolism, so thought maybe that was helped by the green tea. .,

What a load of rubbish if you ask me. Weight problems come from people eating too much junk and processed food. So if you want to burn fat you need to just eat more healthy food every day, not just grapefruits here and there.

seems to me that it is basic biology that food adds calories rather than using them up. Remember the old idea that a cucumber takes more calories to eat than it provides? Nah...

Emma - perhaps your sister-in-law is awash with green tea and so has no appetite? :-) Seriously, I wish there was a magic food but I'm not surprised to read that there isn't.

There are very few meals in my day that don't include a bit of spice, knowing it has positive health effects as well as tasting great is good news!

I eat a lot of chillies and spicy food but could eat tons of the stuff. Maybe it's that spicy food tends to be fairly healthy anyway, unlike sugary carbs.

My sister-in-law drinks lots of green tea and she is really slim. In fact she has trouble putting weight on. Maybe there's something in that?. Personally, I can't stand the stuff although I found the lemon one tasted the best.