Breakfast. More than just a good start to the day 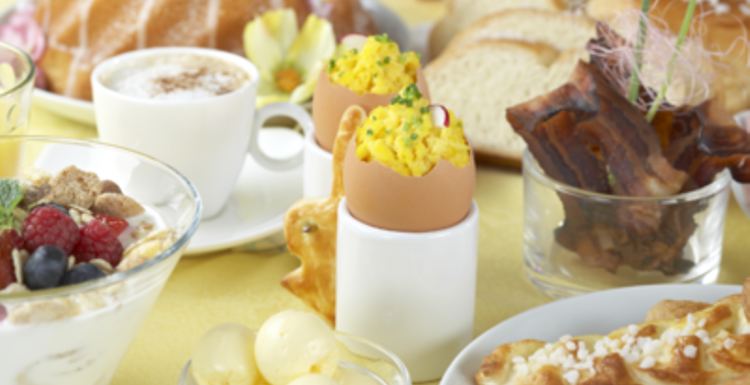 We’ve said it before and we’ll say it again - it’s the most important meal of the day. So why do so many people choose to skip breakfast, or feed on the wrong sort of breakfast food? The evidence is mounting that eating a good, healthy morning meal has multiple physical health benefits, as well as aiding brain function.

As we discussed here, new research from the US has shown that people who skip breakfast are at greater risk of heart disease. The study conducted by the Harvard School of Public Health monitored 27,000 men between the ages of 45 and 82 and took place over a period of 16 years. During that time there were more than 1,500 deaths from heart related disease, and those who skipped breakfast were 27% more likely to have heart problems than those who did eat breakfast.

The study took into account other lifestyle factors such as smoking and levels of exercise, but since the study only focused on men over 45, the jury is out as to whether skipping breakfast would have the same impact on different groups such as women and younger adults.

Researchers believe that the increased risk of heart problems may be a result of the body working too hard when the body has to go without fuel when breakfast is missed, putting extra strain on the heart. This increases the likelihood of high blood pressure, obesity and diabetes which could all damage the heart.

The term breakfast literally means to break the fast which occurs overnight. The first reported breakfasts occurred during the late Stone Age. Large stones were used to grind grains to make a porridge-like meal. Porridge was also a staple of Roman soldier’s breakfasts. The idea of a ‘full English breakfast’ occurred at the beginning of the 19th Century when middle class working men would eat a meal about 10am, prepared by kitchen staff consisting of two courses – porridge to start and then toast with some sort of protein. The phrase ‘full English’ came into being after the First World War when lighter breakfasts became more popular. Breakfast cereals were developed towards the end of the 1800s when there was a religious backlash to extravagant breakfasts that were said to be bad for your health.

In addition to helping maintain a healthy heart, breakfast has shown to have a significant improvement on school children’s’ behaviour and performance. A pilot scheme offered free school breakfasts to children in Blackpool between January and June of this year. 12,000 pupils were offered toast, fruit juice, milk and cereal as part of the scheme. Pupils were found to be able to concentrate more and had improved classroom performance as well as an increase in punctuality. Children themselves reported feeling happier and more alert. The scheme also ensured that children eat a balanced and healthier breakfast than they might do otherwise, and had full support of parents and teachers.

As reported on the BBC website, Neil Hodgkins, head teacher of Devonshire Primary School, said: "Children who had previously had nothing, or very little, to eat first thing are now enjoying a nutritious start to the day and presenting themselves as being livelier, more alert and ready to perform better in class. Although it is still early days to be quantifying this in terms of academic results or attainment value, we are seeing other benefits such as improved punctuality and attendance."

Missing out on a morning meal is also a risky business when it comes to weight management and eating healthily as those who skip breakfast often end up snacking later on high sugar content foods which the body craves to satisfy the demand for instant energy. Healthy breakfasts should be filling and provide the body with a slow and sustained energy release, and contain a balance of the different food groups, ensuring you get the right proportions of macro and micro nutrients.

If you're in need of inspiration, here are some healthy breakfast ideas:

Eating breakfast every day should not be taken for granted. Not only will you be setting yourself up for the day ahead, improving brain function and minimising the desire for naughty foods, you’ll be lessening the risk of developing problems with your heart.