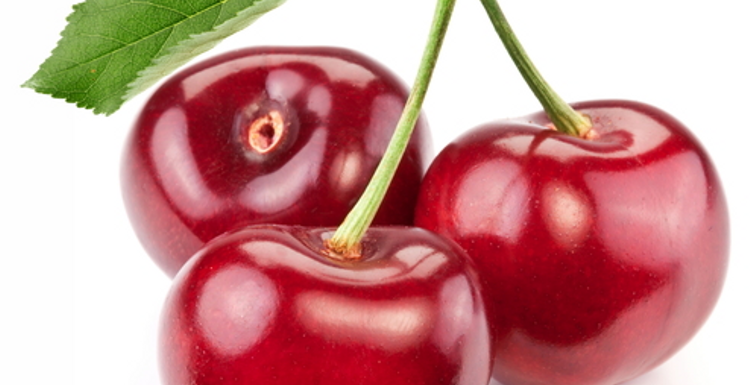 Whether it’s lingering aches after a tough workout, a headache or a minor injury, research shows that some foods can help relieve the pain without taking pills.

While some foods can cause inflammation (think sugar, wheat and meat), evidence shows that others contain anti-inflammatory compounds which can help reduce pain, sometimes as well as  commonly prescribed medicines.

Here are 5 foods to eat to help relieve pain:

This knobbly root has been used for treating pain in traditional Chinese and Indian medicine for at least 2,500 years. Research shows it also contains powerful compounds which fight inflammation. Clinical trials demonstrated that people suffering from osteoarthritis who took highly concentrated ginger pills were able to reduce their pain by almost 40 percent over a placebo.

Adding as much colour to your diet is always good. In lab tests these tart cherries – and other berries such as blueberries, pomegranates and cranberries – impart powerful pain relief.

Known as ‘holy powder’ in India, turmeric contains curcumin, an active anti-inflammatory ingredient which is prized for its pain-relieving properties in Auyurveda.  Recent clinical trials show that, just like over-the-counter NSAIDs, turmeric blocks the formation of pro-inflammatory prostaglandins (PGE2).

Try taking a teaspoon in some warm milk, and add liberally to your soups, baking, stews and curries.

Eating omega-3 rich fish is great for your health even if you don’t suffer with pain. But these healthy fats found in oily fish also reduce inflammation, particularly for arthritis sufferers. One US clinical trial showed over half of all participants taking fish oil for 3 months dropped their drug pain relief altogether.

Aim for two to four portions of oily fish a week, including herring, mackerel, sardines and trout. You should lightly steam or grill fish, as overcooking can destroy over half the omega-3s, and don’t forget tinned salmon is just as healthy.

Caffeine is already an ingredient in many pain-relieving drugs. So that post-workout coffee may not be such a bad idea after all.

One small study found that moderate doses of caffeine (around 250mg – equivalent to two cups of coffee) two days after exercising helped reduce the muscle soreness that many people experience. It is believed to work by blocking the body’s pain receptors to adenosine, a chemical released in response to inflammation.

I knew about ginger and cherries but the others were a surprise - especially coffee - it's good to know it has its benefits. Like the other commenters I don't think I'll be enjoying a tumeric and milk combo any time soon!

I remember being given turmeric in hot milk when I was young to help me to sleep. Not sure if it worked or not, but I have a strangely nostalgic attachment to the flavour now, and definitely see turmeric as 'soothing'.

Sarah & Sasha - to be honest I would have said the same :) But having made many of them, in my opinion they're pretty good. It's a savoury flavour, a little bit like carrot in carrot cake. At least, with the root - I have no idea whether powdered turmeric works as well.

I think I'll stick to turmeric in the curry...but coffee does indeed help in pain relief, it can assist with some migraines. With other people it makes migraine worse though, chemistry is a very personal thing.

Turmeric smoothies sound absolutely vile but as I've got a huge tub of powdered turmeric in the back of the cupboard I'm willing to give it a go. I have very sore forearms after carrying a huge sofa so will see if it helps for that!

While I'm here, turmeric smoothies are surprisingly tasty. I use fresh turmeric root, which you can buy in some Asian shops, but powdered may also work. With banana, natural yoghurt and coconut water, it's a pretty good drink.

Just wanted to say well done, PayAsUGym, on these articles and the accompanying emails. They're informative, interesting and fun.