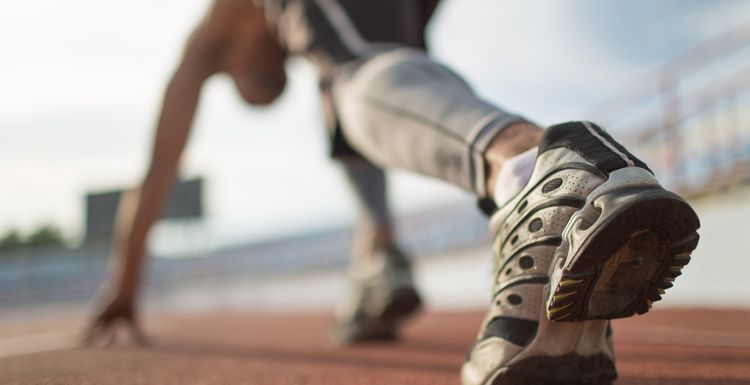 91 Olympic and 27 world records were broken during the 2016 Olympic games in Rio. This is by far the most records that have been broken during any one Olympics. Each record broken is not only an achievement for the individual athlete – collectively athletes and non-athletes from around the world have all contributed to the advancement of athletics.

It seems as though every year athletes are able to further distance themselves in athletic ability from the competitors of yesteryear. This disparity in performance isn’t due to any one factor, but to a host of influencers that will no doubt continue to advance the athletic world.

On 6 May 1954, Roger Bannister became the first man to run a mile under four minutes with a time of 3:59.4. Bannister was a medical student with a keen scientific mind who understood how to get the most out of his body and training. On the day Bannister broke the record he had two pacemakers running ahead of him until the final stages, he sharpened his racing spikes, and he rubbed graphite onto his boots so they wouldn’t pick up too much cinder ash. These factors – along with already being a gifted athlete who had developed his own unique workout schedule – allowed Bannister to become a legend.

Early on in sport we saw the affect that technology and research could have on athletic performance. Nowadays we see university runners in the United States consistently running under four minutes despite track and field being less popular than it was in the mid-20th century. Both the track surface being used as well as the shoes that runners use have been altered to optimise running ability. The dirt clay path that Bannister ran on absorbed his momentum and slowed him down, no doubt if he had run on the standard Tartan Track of today he would have record an even faster time.

Tech advances aren’t exclusive to runners: swimmers have high-tech LZR swimsuits, golfers now use titanium clubs, tennis players have their composite racquets, and skiers and snowboarders hit the slopes with carbon fibre equipment. In every sport you’ll find advancements in technology that will give modern athletes an edge when compared to those of previous eras.

The advent of television gave sports a much wider audience than it had ever received before. Pockets of the world that had never before been exposed to a sport could now fall in love with a game without ever having seen it being performed in the flesh. Various factors such as exposure, human rights, and access to equipment and playing surfaces have created a much larger pool of athletes than there were in previous times.

A comparison between the US’s ABA and NBA in the 50s versus the NBA of today is the perfect illustration of how sport has become more competitive due to an increase of the player pool. NBA athletes are now more diverse, taller and talented than they were in the mid-20th century.

A swelling of the athletic pool alone doesn’t always translate to better athletes. If this were the case we would see India and China sweeping the Olympic metals. Some countries simply provide more opportunity, investing more in training and developing athletes than others. This is evidenced by Iceland’s achievement (a country of approximately 323,000) of reaching the quarter-finals of the 2016 Euros. Their finish meant that they performed better than powerhouses such as, Croatia, Spain and even England.

Iceland was able to provide its football playing body with a sophisticated environment with world class facilities – Iceland boasts more ‘soccer houses’ than any other country in the world – and coaching that rivals even the best sporting nations. To demonstrate just how qualified Iceland’s coaching is, for every 500 Icelanders there is one Uefa-qualified soccer coach. In comparison, England has one coach for every 10,000 people.

Access to fields, short term gym memberships, and quality coaching means that the people of Iceland have more opportunity to practice football and under the supervision of highly-trained coaching staff.

The sports world is effected by many unforeseen variables. Despite the unknowns, don’t expect the quality of our sports to diminish any time soon.

Joe is a keen gym-goer, footballer and cyclist. He has a passion for the latest fitness trends and marketing.

Iceland at the Euros was a mix of painful and hilarious. Our footballers are the envy of the world - except at internationals! Perhaps a trip to Iceland for training is called for?

The one that amazes me is gymnastics - just look at Simone Biles and her ilk doing moves that were thought impossible a few years ago. They keep saying that the limit has been reached but I'm not so sure.

That's really interesting and something I'd often wondered about. It's a bit like exam results always improving...but that can't be down to technology...