What is the ideal body? 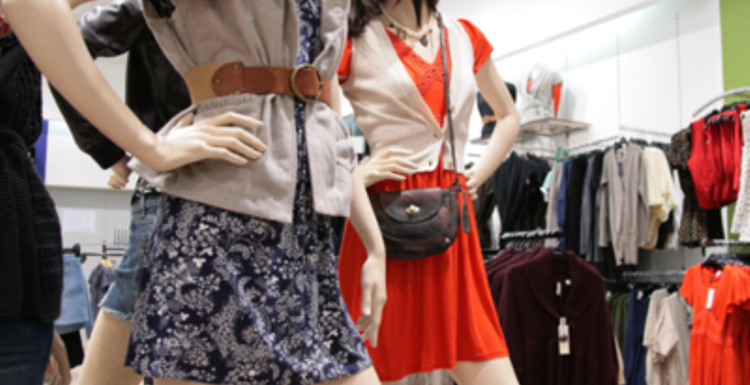 This generation has been victim of the magazine culture where women with airbrushed torsos and perfect skin smile back at their readers, and men with rippling pecs and questionable poses make many feel inadequate.

But this is in a day and age where obesity is now the norm, and many of us can’t even sustain a simple thirty minute exercise routine. So if overweight is normal, why aren’t people aspiring to this super-size body image?

Over the years the ideal has been that of the healthiest body image. So in times of poverty, the fatter you were the better. It meant you ate well, it meant you had wealth and it was the image to aspire to. This is still the case in many cultures where a large per cent of people are on the poverty line. To be fatter, is to be healthier. To be thin is to be wasting away.

In the UK we are slowly coming around to the idea that stick thin is also not healthy, with shops even reintroducing mannequins that are size 16 - the average British woman’s dress size.

Typically mannequins used to reflect what the fashion industry believed a customer wanted to look like, not how they would actually look.

But while the female mannequin is getting bigger, the men’s version is getting thinner. Could this be a reflection of what we now know to be healthier?

It could be that people are simply sick of being painted an illusion, and realise now that a healthy weight is one that is neither stick like, nor obese. Eating right and exercising well ensure that people have the body shape that is unique to them, not one that fits in a “one size fits all” box.

What body image does for our mental health is also much underestimated. Young girls who have been plagued with eating disorders can be encouraged by unrealistic images of women who have their body fat airbrushed away. And it’s not just girls, it’s men as well, who increasingly are put under pressure to look a certain way.

We put a lot of emphasis on image in this culture – and it’s not hard to see why. With “celebrity”, TV and magazines portraying one image, it’s been a battle to fight against it.

Seemingly though, with an ever growing population, ever growing in weight, maybe people are going too far the other way to ignore what is considered the “ideal”.

A complete disregard for what we are eating and a lack of motivation for exercise can be just as damaging as the ideal that tells us we need to be thin and perfect. By celebrating a larger image are we now going too far the other way?

Health statistics tell us the need for staying in shape, eating right and exercising regularly, but many of us are flagrantly ignoring this crucial advice and instead risking disease, sedentary lifestyles, and in many cases a shortened life.

There has been a call for schools to introduce lessons to youngsters on body image – about how the models portrayed in magazines are simply unrealistic, unachievable, and downright dangerous. But it is just as dangerous for people to ignore their own bodies and abuse them with an overdose of calories. But they’d be far better educated if parents understood how important it is for children to grow up understanding food and how to be healthy, what is good for you, and what is not.

Far better, perhaps, to incorporate more sports into schools, growing a passion for the seed we planted during the 2012 Olympics. To show that by living a healthy lifestyle, being active and enjoying the things your body can do mean that you don’t have to conform to what someone else tells you is ideal. If you are fit and healthy you are happy, and more often than not when you are living a healthy life you don’t even worry about what you look like – because really, why should you?

isn't the ideal body just the one your happy with and feel comfortable with? I have friends who are fatter and thinner, and some of the thinner ones say they want to gain weight but can't, and the fatter ones are quite happy! In my opinion it's better to be slightly chubbier and work out than thinner and not do any exercise.

We're definitely heading the right way because mannequins are getting curvier and we no longer idolise stick-thin people. But the glossy magazines aimed at teenagers really need to look at what they're telling impressionable girls and boys about body image. That's where lots of the damage starts - I remember myself!

I've always been on the skinny side and it drives me crazy when people assume it's because of some underlying desire to conform to the fashion industry's ridiculous ideals. If only we could stop judging ourselves and others against these standards.

is overweight really normal? It isn't on my high street and where I work - some are fat but they are the exception. Most people find the ghastly emaciation of fashion models to be horrific, not attractive. The concern is for the impressionable teenagers who think that the 'thigh gap', the bony legs and the twig-like arms are how they are supposed to look.

Models aren't supposed to reflect what normal people look like. They are supposed to sell the clothes. Clothes look better on someone very tall and very thin - you can't get away from that. As close to a coat hanger as possible! Surely a well adjusted person should recognise that we can't all be 6'5 and size 6? Noone in the real world wants to look like a coat hanger, not really. Do they???

I hate all the airbrushing that goes on. Perfecting even the best looking people. I agree that to promote sports in schools is the best way. A strong, healthy body is what I want my kids to strive for, not an emaciated coat hanger.