The Legacy of the London 2012 Olympics. Can we keep it alive? 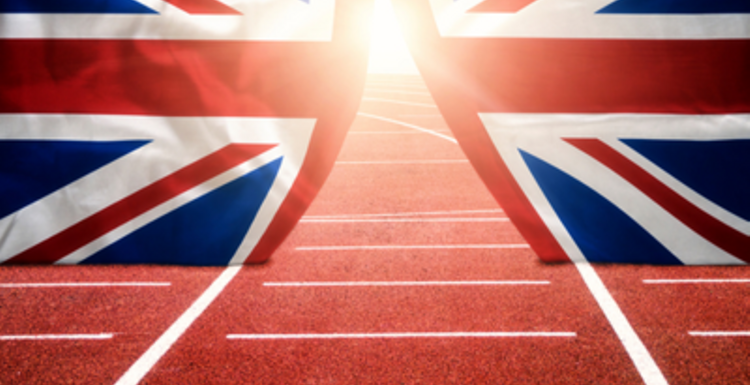 We all enjoyed the 2012 Olympics. Even without the vaguest interest in the Olympic sports it was impossible not to be swept along in the excitement and bathe in the reflected glory of team GB’s success.

There is a lasting benefit to the Games, too. According to a survey carried out by Sport England in 2013, since we won the bid in 2005, 1.5 million  more people are doing sport once a week. Sounds great, doesn’t it?

However, roughly a quarter of all adults are obese. Many argue that obesity is one of the biggest killers of our time and there is no denying the link between obesity and activity levels.

Clearly we are still not fit enough.

Just how unfit are we then?

The 2012 Health Survey for England reported that only 61% of adults met the current UK guidelines of 150 minutes of ‘moderately intense’ physical activity a week. Almost a third of adults don’t even clock up 30 minutes.

Children are in even worse shape. Only 21% of boys and 16% of girls aged 5-15 met the guidelines of 60 minutes of physical activity a day.

Let’s put this in context: internationally, 31.1% of adults are physically inactive. In case you haven’t done the maths, we Brits come in at 39%.

We really are an unfit nation.

Can we keep the legacy of the Olympic Games alive and harness its momentum to get us all partaking in sport rather than just watching it on the telly, beer in hand?

The government certainly hopes so. It is trying hard to push increased activity levels as part of the Olympic legacy.

Moving More, Living More was produced by the Department of Health as part of the 2012 Olympic and Paralympic legacy. In the paper, the government pledges to remain committed to the following ambition, first published in 2012:

Why does the government care so much about whether we’re fit?

It’s not just the job of the government to care - you should care about whether you’re fit, too.

For a start, there are multiple health benefits. Here are a few in a seemingly endless list:

Health benefits aside, exercise would ensure we left the recession firmly behind – just a 1% increase in activity could save an estimated £1.2 billion over 5 years.

This is all very well but I just don’t have time to fit in all this exercise I’m supposed to be doing.

We hear you. You can’t exactly get your boss to install a treadmill at your desk, can you?

If we are going to hit the government’s target and keep the legacy alive, we all need to find a way to fit exercise into our already hectic lives.

This is where Hussle comes in handy. We offer flexible fitness so you can squeeze in a workout wherever you find yourself.

So move more. Get fit. Set a good example to your kids - they will thank you for it eventually.

Let’s make the legacy of London 2012 last a lifetime.

most under-fives don't need to be encouraged to run around - but they can be distracted from doing so. Don't give them screens, wrap them up and throw them out in the garden. And get out there with them!

'everyone was watching' - that is the nub of the problem. We need less watching and more doing. Spectator sports are given far too much importance in this country. We want a few thousand people exercising and twenty or so watching, not the other way round!

The Olympics triggered the enthusiasm because it was on our TVs every day and really hyped by the media. Everyone was watching it! The only thing to keep the enthusiasm for sports going is for it to become a part of the regular family routine, just like the Olympics was. Scheduling in activity for children should be AT LEAST as important as homework, in my opinion. My 8 year old only gets one half hour session of PE a week in school. How does that work?? !

I think the Winter Olympics have helped to buoy up interest in sports again but I'm not sure the enthusiasm will ever reach the peaks of 2012.

I hate to appear cynical about this - but the enormous overspend on the Olympics would have been far better used to provide facilities for everyone. Everything went to London and the event passed the rest of the country by.

The Olympics was about so much more than watching sport on television! It got my kids really interested in swimming, and thanks to a brand new swimming pool being built in our area as part of the whole government Olympics thing, they've continued to develop this interest.

Sure, most of us engaged with the Olympics via our telly. But I found watching athletes performing at the height of their game a real inspiration - that's the fitness legacy of the Olympics for me.

I like watching sport on the telly as much as the next person. But it really has nothing to do with my own fitness goals. Thinking the 2012 Olympics can have a legacy for our fitness seems something of a high expectation to me.