MOST WOMEN ARE NOT HITTING RECOMMENDED EXERCISE GUIDELINES 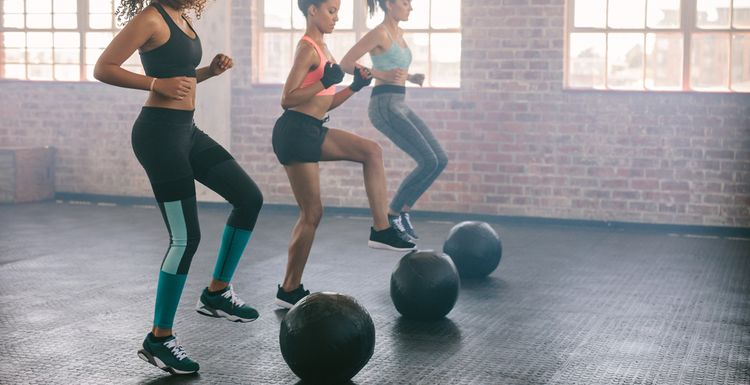 Around three quarters of women don’t exercise enough, while men are doing better, according to a US study. The study suggests that women in professional and managerial occupations (20.1%) were more likely to get enough exercise than manual workers and those not working (14.6%).

Despite the health advice being very clear, why are so many women not meeting the guidelines?

It seems that a fear of judgement is a major factor. It’s a common problem for many women in this country too, and something the New Sport England campaign This Girl Can is attempting to address. Sport England identified three core factors holding women back:

Health problems. We really don’t need to tell you risk factors of inactivity. But did you know that, according to a study from the University of Sydney, lack of exercise is more of a risk for over-30s women than smoking or obesity, increasing your chances of developing heart disease, diabetes and depression, as well the less obvious joint and bone problems.

You don’t need to start running marathons to make a big difference; the NHS recommends Just 150 minutes of moderate activity each week. This can be split up into sections and include brisk walks and less intense workouts such as swimming, and even housework.

Or you could choose to meet your target in less time with 75 minutes of vigorous workouts such as Zumba, running or a gym session.

Finally, you need to do strength exercises at least twice each week that work all the main muscles.  Use a gym pass to help reach your goal and make yourself proud to be a woman!

One of the fears might date from schooldays, when those of us who were not superfit were endlessly sidelined from the alleged 'teams'. The message is that there is far more to exercise, and if you go to a gym class you won't be bullied for lack of skill or fitness. That's far more the problem than the rather patronising idea that we worry about how we look.