Marathon bug? Here are the best marathons on the planet 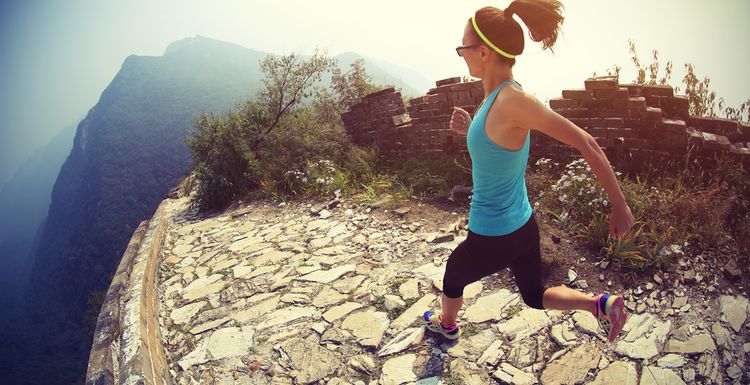 Straight after the hype of the London Marathon, it’s easy to get swept up in the excitement.

While you’ve got the marathon bug, check out 5 of the best - and most unusual - marathons in the world:

What’s not to love? Pristine beaches, palm trees, and to finish it all off, a leap into the pristine clear ocean to cool down. Sign me up right now!

This 50km ultramarathon takes you down to 418 metres below sea level, to the lowest point on earth. You’ll have camels for company, but there are few bystanders other than that.

The bonus of this is that you get to run downhill the whole way! Mind you, running down can hurt if you haven’t trained for it.

The finish line is at Amman Beach so don’t forget to take a dip in the Dead Sea as celebration.

If you’re not too bothered about the 5,000 plus steps involved, then the best way to see one of the 7 Wonders of the World might just be to run it.

The amount of entrants is surprisingly low considering the stunning location, but then I guess you’ve got to really love steps…

If you want to feel quite literally on top of the world, then the Everest Marathon might just be the one for you.

Taking you through the Everest National Park and Namche Bazaar, the Sherpa capital town, the Buddhist monasteries of Pangboche and Thyangboche, you’ll not get much higher than this.

It’s not often you’d dare to go running in the outback, but stick to the path and this epic marathon will take you past the breathtaking sights of the sacred rocks Uluru (Ayres Rock) and Kata Tjuta. Signposts are few and far between but stick to the track and you should be safe!

Shame I hate flying, or I would love to do one of these. A list of the interesting marathons in this country would be great!

These all sound amazing and I feel very motivated. Shame I've not even done a basic marathon, or even a half-marathon come to that....