Can playground games make us a fitter nation? 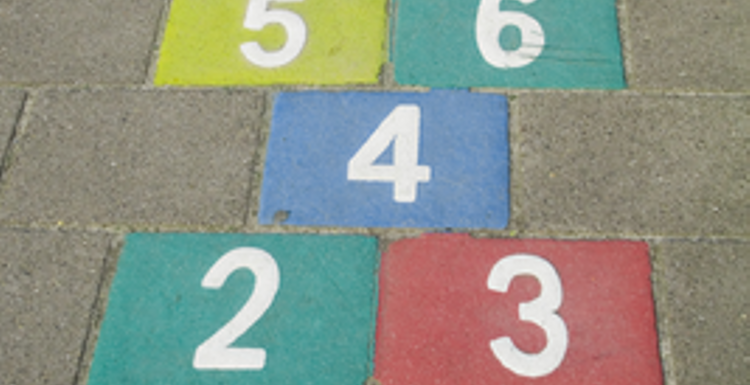 As a nation we’ve heard time and time again that we’re getting fatter, we’re eating more and we’re doing less exercise. To combat a problem this big, is it time to look to the past and recreate the days of knock-a-door-run and hopscotch in the streets?

One thing’s for sure, a generation ago the human race was much fitter.  The obesity epidemic finger of blame is pointing automatically to our lifestyles, rather than our desire to stay fit. It’s so easy to get in the car to go for a pint of milk, there are vending machines on every corner and sitting at an office desk often makes it hard for us to get out and do some brisk exercise. But really we do want to be healthier, so how do we go about it?

The Department of Health is focusing firmly on family health, and new funds - a whopping £5.1 million - hoped to encourage exercise, are to be spent on various initiatives including reviving hopscotch and hide and seek on the streets.

Play England, which is getting £1.1m from the government, will use some of the money to help residents close off their roads from traffic periodically to try and get families exercising together outside in the street. Alongside the money for street play, Change4Life sports clubs will get £3 million, and £1 million more will be spent on walking initiatives in eight cities.

So is going back to those halcyon days of having not a care in the world going to work in the battle against an unfit nation? Will childish games in the street really increase our motivation and fitness overall? As the news continues to tell us, a quarter of the adult population is not doing its recommended 30 minutes of exercise a week. And this is rubbing off on our children.

A generation or two ago, kids would play on the street. There were ball games and hopscotch, British Bulldog and tag. But the draw of computer games, DVDs, mobile phones and social media could be causing our children, and their parents for that matter, to sit inside and forget exercise altogether.

And of course it’s all very well bringing back the ideal world of children playing hopscotch in the street with their friends, but haven’t times changed a bit too much to see it really taking off again?

There are dangers for children now like never before and we’re all more aware of it. Letting children play in the street involves more consideration than ever. There would have to be a total ban on cars, and parents would no doubt be worried about who their children were talking to in the street. After all, we don’t all know who our neighbours are anymore, do we!

But then maybe that’s the point – adults would absolutely have to be present during these sessions of play, and that in turn would mean that they have to join in. So is it a cunning plan, or just a desperate attempt to get people moving, with little chance of working? The public health minister Anna Soubry says: "It's fantastic that more than half of English adults are doing the recommended amount of physical activity, but I am shocked that more than a quarter are not getting even 30 minutes of exercise a week." Maybe this is just another desperate attempt to get us to change our mindsets, that we can get off the sofa and stop playing video games, overeating and watching TV. Here’s our chance to interact with our own children, like they did years ago, here’s a chance for us to get fit while enjoying ourselves, and hey, who knows, we might even get to know our neighbours.

There will be opposition to this scheme, no doubt. Maybe money can be better spent on other schemes, ploughed into Olympic sized swimming pools and world class athletics tracks and training facilities, but the truth is we could do all that and then end up with no children fit enough or bothered enough to use them. At least with this scheme, at the very basic level of encouraging exercise, everyone can be involved. It doesn’t matter if you’re rich or poor, young or old, you can still go out of your front door and have a game of hide and seek, or a go on a skipping rope and meet new people.

It’s all about taking baby steps – after all we seem to have forgotten the principals behind basic exercise, so maybe we do need to be spoon fed with this one a little bit. The adults may mock this scheme, but if it gets our kids moving and having fun while exercising then surely it’s got to be a good thing, hasn’t it?