What are opposing muscle groups? 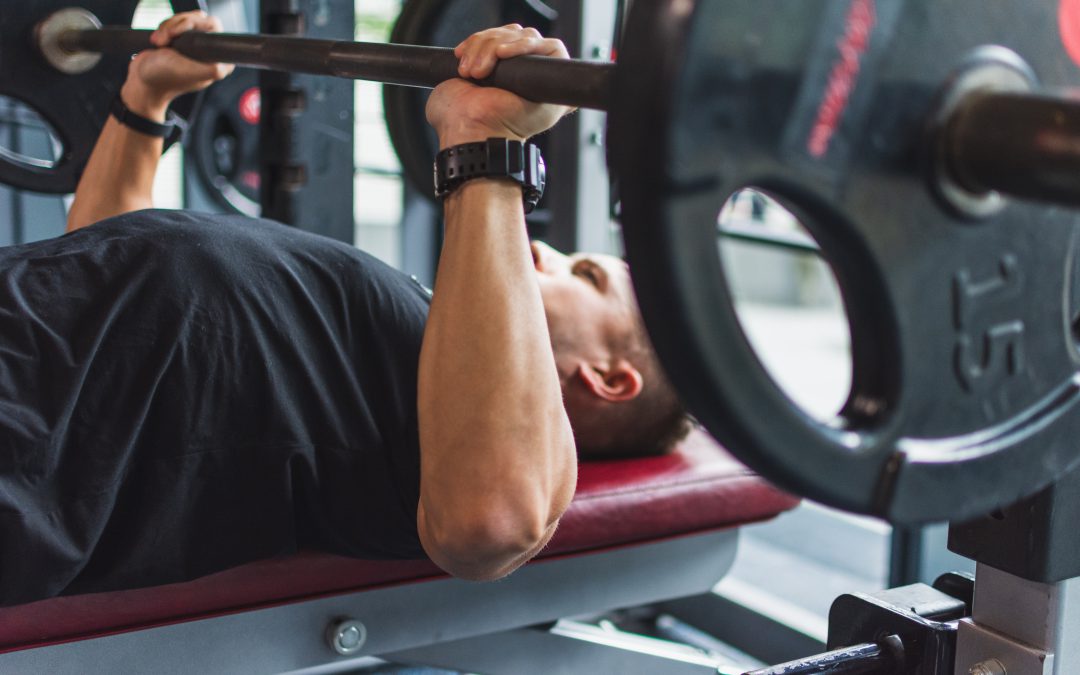 Opposing muscle groups are muscles that work together to perform an action, or just to move your body. They’re also often referred to as antagonistic pairs. When carrying out a movement, one muscle contracts and the other lengthens to allow it all to happen.

What are the main opposing muscles?

The main groups that we commonly hear about are:

Biceps and Triceps (either side of the upper arm)

Quadriceps and Hamstrings (either side of the upper leg)

Deltoids and Latissimus Dorsi (shoulders and upper back)

Pectoralis Major and Trapezius/Rhomboids (upper chest and upper back)

Abdominals and Erector Spinae (stomach and lower back)

Iliopsoas and Gluteus Maximus (front and back of the hip)

Hip Adductor and Gluteus Medius (inside and outside of the hip)

Should I train opposing muscle groups together?

If you’re well into your fitness journey and are looking to give a particular area some real focus, you might have started to do more isolated exercises. As opposed to compound exercises, isolated exercises attempt to isolate a single muscle group and target it exclusively. In reality, completely isolated exercises are pretty hard to achieve because you’re always going to be engaging some other muscles in your body to help stabilize and support a movement.

But doing exercises like bicep curls or hamstring curls are an efficient way to focus on just that area. To help it develop in strength and muscle mass, if that’s what you’re looking for.

However, it’s important not to train just one muscle group and neglect its antagonist. By strengthening just one of a pair of opposing muscles in isolation repeatedly, the other tends to lengthen and weaken. That’s why it’s important to know that if you are doing isolated exercises, you should also work its opposing muscle group too and keep them both strong. Any type of imbalance can cause injury, so keeping strength balanced is important for the body.

Oh no. How do I know if I’m doing isolated exercises and have muscle imbalances?

Don’t panic. Unless you’re a professional bodybuilder or you live in the gym, you don’t need to keep a detailed log of how many reps you’ve done of each exercise and which exact muscles you’ve been training.

That’s because the majority of the exercises you do are compound exercises, meaning that they work more than one muscle at a time. It’s likely that within your everyday exercise routine, the movements you’re doing are targeting both pairs of antagonist muscles. For example, the quadriceps and the hamstrings are fairly easy to engage simultaneously. Deadlifts, lunges and the humble squat all involve the contraction of both muscles to varying degrees. And you probably do these quite often. Similarly, the push up works both the biceps and triceps, the pecs and the traps, as well as more muscles in the upper body and core.

In fact, actually isolating muscles can be pretty difficult. There’s just not as many isolated exercises as compound ones. Chest flys, bicep curls, hamstring curls and calf raises can be labelled as isolation exercises. You’ll often find that machines in the gym help you to achieve a more isolated movement than lifting free weights. They’re useful to develop specific growth in an area or iron out any weaknesses, but for most of us, keeping compound movements at the heart of our workout routine is the secret to effective and efficient exercise.

But you don’t need to overthink it too much. Just being aware of the opposing muscle groups and having a varied range of compound exercises up our sleeve can be enough to make sure we’re giving ourselves a balanced workout. 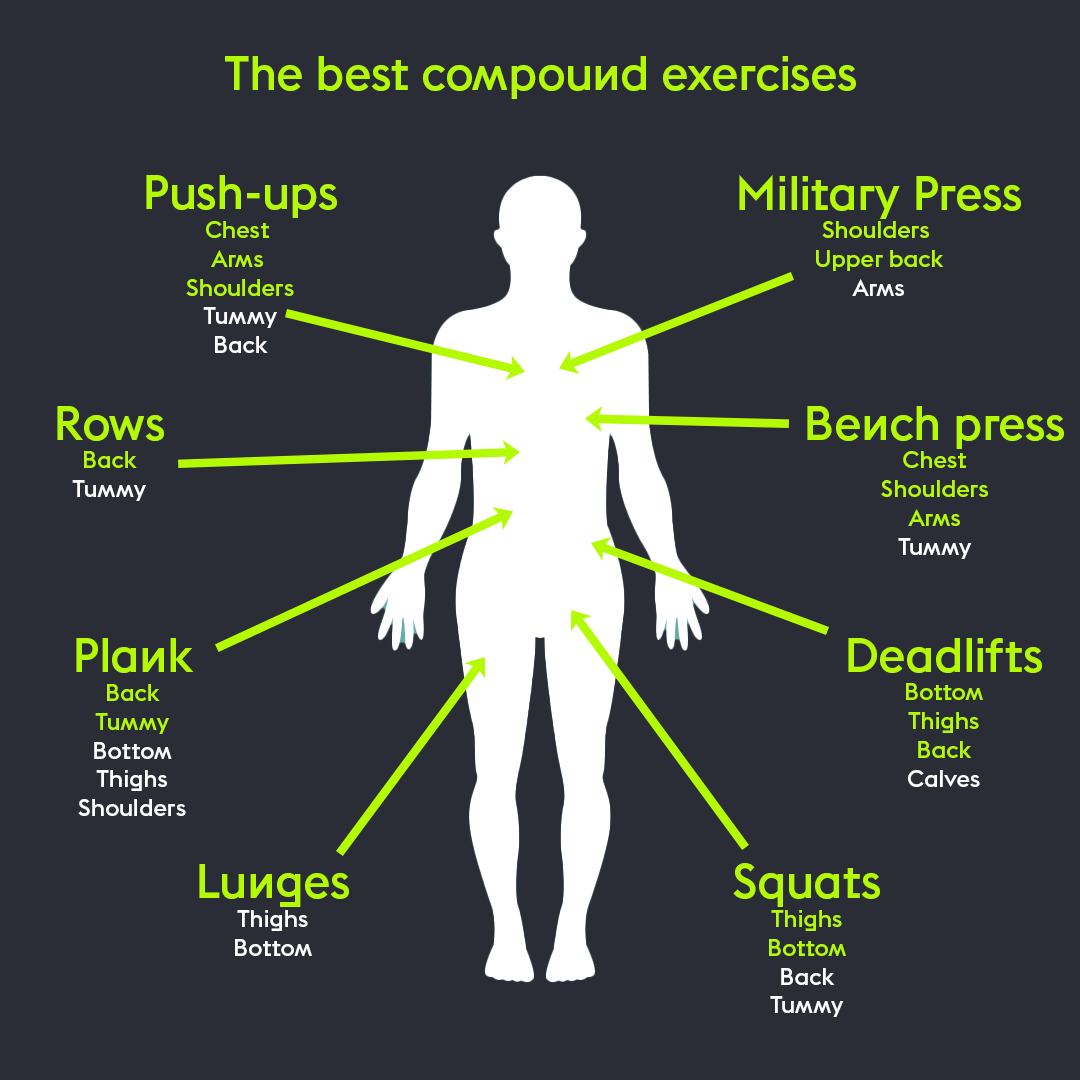 What are some key opposing muscle group exercises I can do?

Having a go at some opposing muscle group exercises can have their place in workout routines. Supersets are a type of workout structure that place exercises back to back without rest in between. Often these are done in antagonist pairs, working one muscle group and then it’s opposing group to achieve a thorough, balanced, and targeted workout.

For the quadriceps and hamstrings: try squats and hip thrusts

After this, our anatomy gets quite complicated. Pinpointing individual muscle groups and attempting to isolate them is probably less helpful than grouping areas on either side of the body.

For the upper chest and upper back: try the decline push up and the bent over row

For the stomach and lower back: try hanging leg raises and deadlifts

But there’s further complexity to it too. The shoulders in particular are a complex structure of muscles because of the many ways the joint can move. The same goes for the hips. It’s not just about the muscles that are being worked, but the direction and angle at which they’re moving. It comes down to the different ‘planes’ that exercises can move across. To help simplify it all, try and find exercises which feel like the opposite movement of one another. The common pull/push structure of workout is a helpful guide for segmenting muscle groups and direction of movements.

So, what’s the verdict? Should I be working opposing muscle groups.

Isolating muscles can be a helpful way to address pre-existing muscle imbalances. But they can also cause them in the first place if we spend too much time strengthening one muscle without considering its counterpart.

Working opposing muscle groups is only simple for a handful of groups, and after that it can get pretty complex.

The more efficient way to workout and to make sure all your muscle groups are strong and balanced is by keeping compound exercises at the core of your regular routine. A little knowledge of opposing muscle groups can help you top up and guide your efforts safely and equally. But don’t let it keep you up at night. Keep your focus on frequency, variety, and flexibility. Hussle can help with all of that.

5 fitness myths to forget about
What is Intuitive Fitness and how can I start exercising intuitively?
Step up your home HIIT workouts in the gym

What are EMOM workouts?
How to get the running bug
The best cardio machine for weight loss