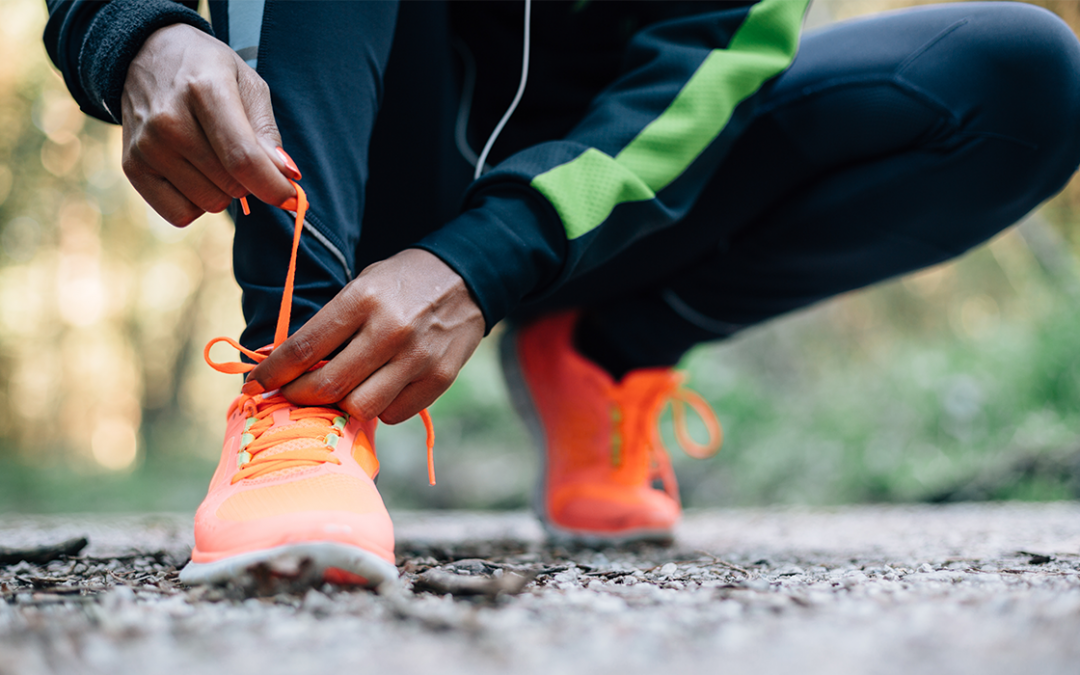 At some point or another, the majority of people are tempted to try running. That’s because running is easily accessible, requires no special equipment, and anyone can get started with it. You just have to lace up your trainers and head out the door. It’s an easy way to get a little bit fitter.

There are loads of benefits associated with running. Improving your cardiovascular fitness and burning excess energy is one thing, but there are mental health benefits too. The surge of endorphins you get after a run is enough to turn anyone’s day around. Plus, there’s a form of escapism to be had from zoning out in the outdoors.

But not everyone is sold on the first go. And there are still some beginner’s mistakes to make. If you’re looking to get more into your running, there are a few tips to help you enjoy it more and stay injury-free at the same time. Here are some things that we think might help.

It’s so tempting to just launch straight into running. But warming up first to test your mobility, loosen your muscles, and get the blood flowing to all the right areas will make your run much more successful.

Don’t worry. It doesn’t mean you need to find an extra 15-minutes to do some star jumps and lunges. As they say, walk before you can run.

Rather than shock the joints into action, start with a few minutes of walking, increase the pace into a jog, then build up to full speed when you feel ready to do so.

Cool down after you’re done

You knew we were going to say this. Don’t forget that when you’ve finished your run, it’s essential to cool down properly before hopping into the shower. Progress is all in the recovery.

Prioritise time to get your heart rate down to a steady pace and your temperature back to normal. Doing this will stop blood pooling and any unwanted dizziness. Take on plenty of water to replace what you will have lost and avoid dehydration.

Post-run is also the perfect time for some developmental stretches. When you start running, your calves, hamstrings, and glutes are areas of the body that might end up feeling quite tight. This tightness can stop you from doing more running in the days after. To keep progress on track, look after your muscles by staying flexible in them.

Break it up into bite-size chunks

If you struggle to run for very long, try breaking up your running with periods of walking. It’s an effective way of building your aerobic endurance and progress much faster.

Start with a ratio of 1:1, resting for just as much time as you run. If you run for 5 minutes, jog or walk for the next 5. Continue to do this until you reach the distance you’re aiming to achieve.

Over the coming weeks, begin to reduce the amount of rest time gradually until you’re able to complete the whole distance without any walking breaks at all.

Doing this lets you see how far you’ve come and is more motivating than getting annoyed at yourself and giving up. It also helps you avoid the soreness or injuries that come from doing too much too soon – a mistake most people make.

Get some good trainers

If you want to get into running, you will need some proper trainers. Running trainers need to support the arches in your feet, correct any imbalances you might have, and feel comfortable to endure the distances.

Skipping on this part isn’t a mistake you’ll make twice. If you plan to invest your time into running, invest your money into trainers too.

Although running is a cardiovascular exercise, you need muscular strength and endurance to do it.

Your back, core, glutes, and legs need to be capable of supporting you so that you can stay in the correct, upright posture for the entirety of your run.

The muscles in your legs also need adequate strength so they can support the impact that pounding the pavement has on your joints.

Weight training might not seem relevant to runners initially, but it is the golden rule when it comes to staying injury-free. Making time for resistance training at least once a week is the way to avoid runner’s knee, shin splints, and other common injuries that appear to come out of nowhere and stunt new runner’s progress.

Building muscle in all the major muscle groups is going to benefit you in the long run. Pun definitely intended.

Test out some tactics

Half the battle with running is mental rather than physical. To get into a rhythm where you feel comfortable and confident, test out which tactics make your run more enjoyable.

Circular route or turning back half-way

You might prefer making a loop so that you end up back where you started without double backing. Or, you might find that mentally it helps to know you’re half-way and do the same again, just in reverse.

Listening to music vs nature

Some people find headspace in running without headphones, preferring to focus on the noises around them instead. Others can’t stand the thought of running without their favourite playlist on repeat. Find out what motivates you more.

Finding a friend or going solo

Running might be the time you need all to yourself. Or, bringing a buddy along with you might help to encourage you to keep going. You only know which you prefer when you’ve tried both.

Repeating routes or finding something new

It’s most common to find a route that suits you and continue to do it every time. Soon, you’ll know each kilometre marker off by heart. But, there’s also some novelty in brand new running routes that can inspire you to do and see a bit more.

Same pace or speeding up

Interval training during running is a very effective tactic for progression. By scheduling different speeds and intensities across the distance, you’re training your body to work and use energy in different ways. It can also be a way to combat the mental barrier of a consistent speed run. But it’s not for everyone. It’s all about finding what works for you.

How many calories should I burn in the gym?
How and why: the shoulder press machine
The 6 best exercises to build bigger shoulders

What's the deal with running after leg day?
Introducing: Hussle Store
How much protein do you need when exercising?