What is a hack squat? 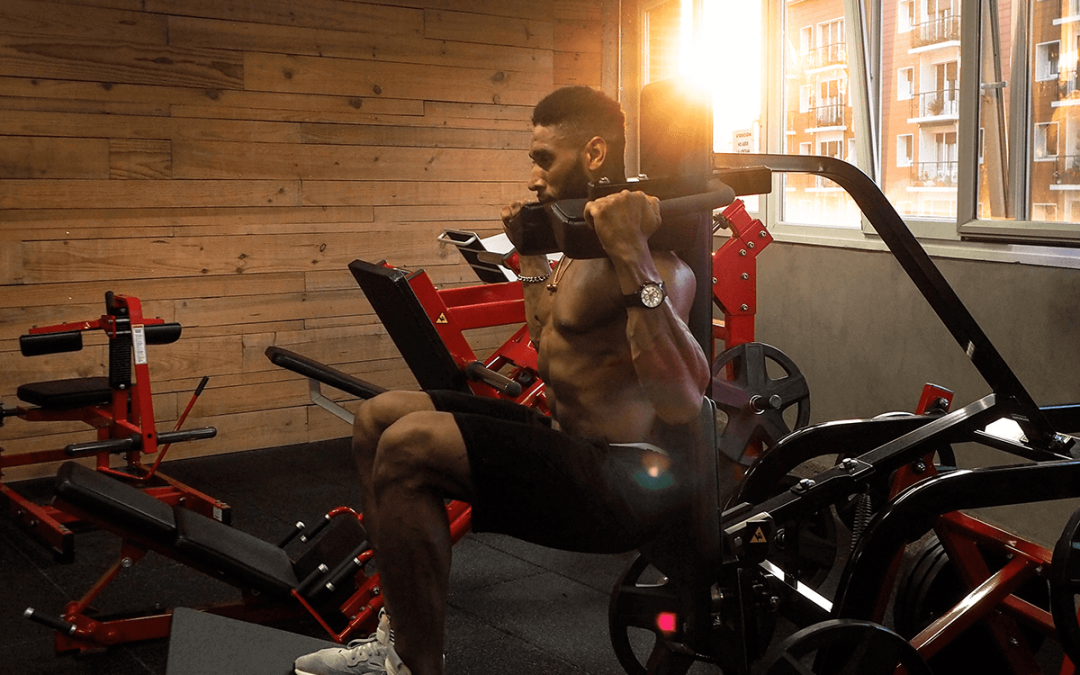 Squatting is a fundamental part of our natural movement. We do it from being babies. Then we grow up, and we start doing it in the gym too.

It’s a compound movement meaning it recruits many joints and muscles to do the job and requires core stability to perform. It’s pretty effective at developing muscular strength and endurance. It’s arguably one of the most effective lower-body exercises out there. No wonder there are so many variations and modifications.

The hack squat is a variation that relies on a piece of gym machinery to perform.

So, when there are so many squats to be doing. What is the hack squat? How do you do it? And is it worth it?

What is the hack squat?

The hack squat is done on a piece of gym equipment. The hack squat looks a bit like the leg press, but don’t mistake the two machines, as the exercises aren’t the same.

The leg press involves pushing the weight plate away from you from an angled seated position. The hack squat involves standing on the plate, leaning back onto the pads at an angle, with the weight placed on top of you by positioning yourself under the shoulder pads. The weight is then pushed in the concentric phase of the squat.

Simply put, when you stand back up, that’s when the weight is pushed away from you. It’s a squat done with the support of a machine.

How do you perform the hack squat?

Each make of machine might look slightly different, but most hack squat kits work in the same way.

1. Before you get on the machine, choose the weight you want to lift. You’ll be able to lift more weight using the hack squat machine compared with a barbell squat, but it’s always best to start low and slow and build up to it.

2. The starting position is to place your feet flat on the plate and lean back into the pads supporting your back. Make sure your feet are far enough forward to allow you to squat down into a deep squat. They should be about shoulder-width apart instance, with your toes facing outwards slightly. Your knees may be slightly bent at this point, and that’s okay.

3. Hold onto the bars that will be just by your shoulders. You’ll need to push up to standing first to lift the catch off the machine. You might need to release a safety catch at this point, but it depends on the machine. Check the instructions on your piece of kit before you start doing the exercise. From this position, squat down, hinging down from the hips so that your glutes become parallel with your knees. Absorb your weight into your heels.

4. From the bottom of the squat, drive back up to standing. Push from the heels, glutes, and legs, not the knees. Don’t fully lock out your knees at the top. Once at the top of the movement, inhale, and go again.

How is the hack squat different to a normal squat?

The main difference between using the hack squat machine and squatting with a barbell is that the machine supports your core.

This means it removes the need for your core and other key muscles to support and stabilise the body during the squat exercise. One of the key benefits of a traditional squat is being a well rounded, compound exercise that goes a long way to developing lower body and core strength. This isn’t the case with the hack squat exercise.

As your hips are in a fixed position and follow a specified range of motion, the hack squat can emphasise the quads and the knees. The focus muscles involved in a hack squat are different and fewer.

What are the benefits of a hack squat?

If the traditional squat is more effective as a compound exercise than a hack squat, then you’ll be wondering why people do it at all. There are benefits of using the hack squat for those with specific training programmes or particular muscle imbalances.

The hack squat machine is helpful for those looking to better isolate their quads. If your training programme is split very granularly, this might be a helpful bit of kit for achieving a more quad specific exercise.

There’s also an argument that the hack squat is helpful for beginners. It can emulate the movement of the squat if you’re not quite familiar with it yet. However, you’re much better off starting with the humble bodyweight squat and building up from there.

What about the reverse hack squat?

Because there aren’t enough squat variations, some people also like to use the hack squat machine slightly differently. This has led to the reverse hack squat being coined.

Rather than having your back against the pads and facing outwards as you squat, the reverse version sees you face the machine and removes the back support.

In this way, you can better engage your glutes and hamstrings as they help your hips to complete the movement as it’s not locked into a fixed path. However, there’s a slight issue of ankle mobility here. Something that can affect lots of squat doers from getting as deep as they would like to. As your feet are already at a downwards angle, you might find it tricky to get enough mobility in your ankles to complete a full squat in this stance.

So, if testing the range of motion in your ankles is on your agenda, then, by all means, try the reverse hack squat. If not, stick to the barbell version.

Is the hack squat worth doing?

The hack squats machine can be a helping hand for a few nuanced cases where exercisers are trying to achieve something specific.

You can judge a piece of kit by its availability in gyms. The fact that most small to medium gyms won’t have a hack squat machine tells you a lot about how integral it is to your routine. It’s not a must-do exercise. If it doesn’t appeal to you, then you’re not missing out on much.

On leg day, you can include the hack squat, squat with a barbell, dumbbells, or just stick to your body weight. Work out in your own way. That’s something we’re always saying at Hussle.

Introducing: Hussle Store
How to build your strength back
How many reps should you do of each exercise?

What you need to do to build muscle
How deadlifts change your body
Should you lift heavy or light weights?