How and why: the landmine press 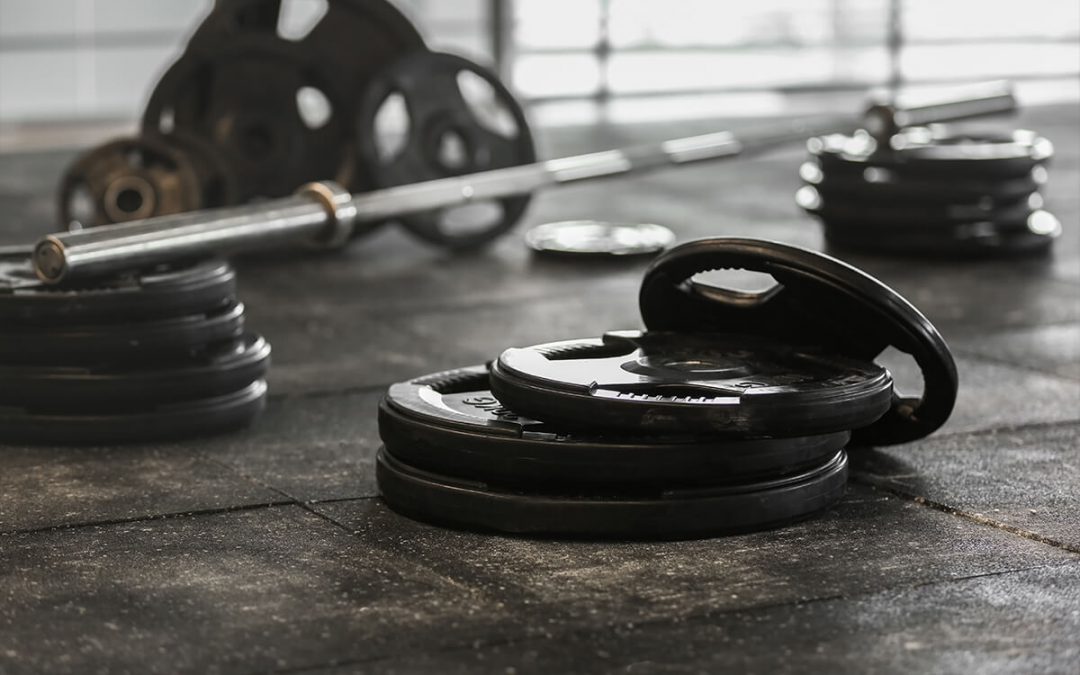 The landmine is a versatile but simple piece of gym equipment that can be used to do loads of different upper and lower body compound exercises.

One of those is the landmine press. It’s a variation of the shoulder press or overhead press. Performing the standing landmine press is a great way to work the chest and shoulders whilst also engaging other muscle groups. It’s a safe and effective compound exercise that offers full-body conditioning.

Here’s the how and why so you know when to include it in your routine.

What is a landmine?

A landmine is a bar attached to a fixed point on the floor, from which you can perform loads of different push and pull exercises.

Using a landmine gives unique benefits in your lifts compared to similar exercises that use dumbbells or a smith machine. The landmine is partly fixed, meaning you have some control over the movement but not complete freedom like you would with free weights.

The result is a unique pattern of motion that will engage muscle groups with a slightly different focus on fixed resistance or free weight alternatives.

Using the landmine is a great way to add variation to your workouts and work muscles from a different angle. Plus, most landmine exercises require core control, so you know you’re developing full-body strength when you use it.

How do you do a landmine press?

A landmine press can be done with one arm or two. Rather than positioning yourself directly under the bar, step back slightly, so you have to lean forward a little bit and engage the core muscles.

4) Extend the elbows and push the bar up and forward, keeping it in line with your shoulders

5) Pause at the top, don’t lock out the elbows, then return slowly under control

Landmine presses are a great way of developing upper body strength and trying out new angles of movement.

The single-arm version works the shoulder muscles, as well as the biceps and triceps in the arms.

The double-arm version focuses mainly on the muscles in the chest and the shoulders, biceps and triceps.

Both versions are great for the core as you’ll need to engage it throughout to stabilise yourself.

Does the landmine press work the upper chest?

The key difference between the single and double arm versions of the exercise is how the chest muscles are engaged.

When gripping with both hands, starting with the bar in front of the chest and using the muscles here to drive the movement will help you work the upper chest much better than the single-arm version. It’s the pectoralis major and pectoralis minor that become the focus of the exercise.

What are the variations of the landmine press?

The exercise can be altered easily to shift the focal muscles and work across different planes of movement.

It can be done as a single-arm landmine press or a double arm to shift the focus between the shoulders and the chest muscles.

It can be done kneeling to isolate the chest muscles even more. Or with a split stance to get a bit more contribution from the opposite hip.

You can add a twist after the press. Or bring it back to touch alternating shoulders to engage your core more.

There are loads of variations depending on what you’re looking to achieve.

If you’re looking to try out the landmine press, use a Hussle pass to do so. You get access to loads of different gyms across the UK. That means you can work out whenever and wherever suits you.

Building upper body strength: the 10 best exercises to do
The best exercise machines for stomach toning
The value of a multi gym membership