When to use the free weights vs. the resistance machines 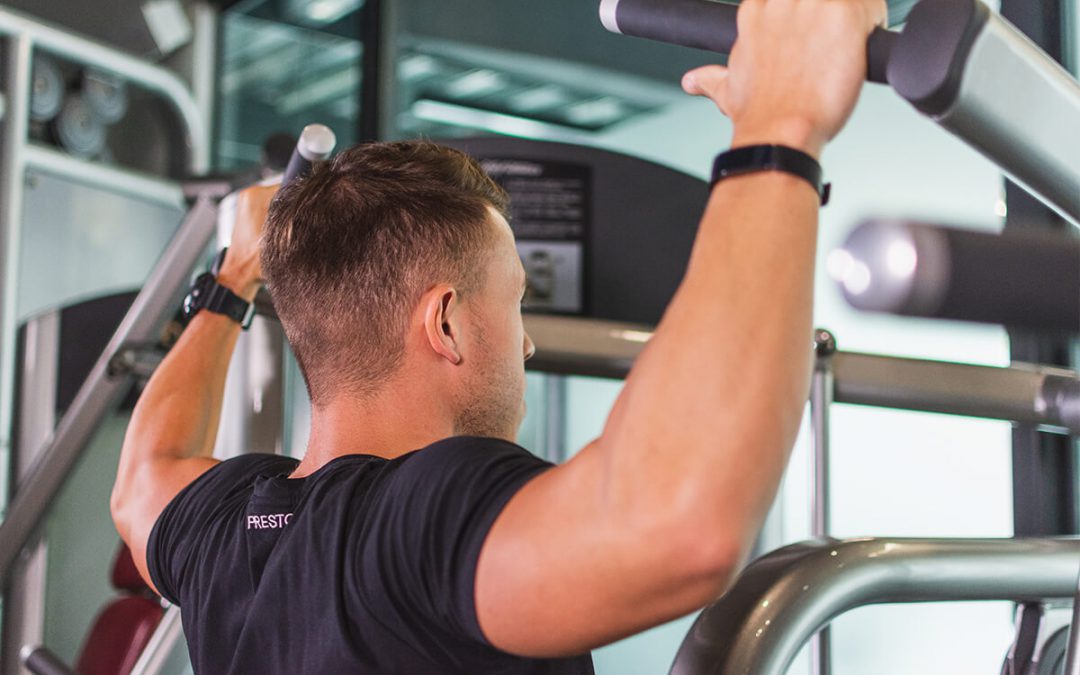 The brilliant thing about the gym is all that equipment there. There’s nothing quite like a gym floor packed with kit to do any workout we could possibly think of.

Reality is, there’s so much choice that it’s hard to know where to spend time and effort. We probably end up using only 20% of the equipment on repeat. That’s a completely made up statistic, but it sounds about right.

When it comes to resistance and weight training, the type of kit sits in two camps. We’ve got the resistance machines and the free weights. Both offer us a way to work our muscles.

The resistance machines that fill the gym floor offer an alternative way to do exercises we could also do with dumbbells or a barbell, like the shoulder press machine or the chest press machine. Some of them offer something completely novel that it would be hard to replicate with free weights like the leg curl or the hip adduction.

So, when faced with all those options, what’s the best choice? Circulating round the weight machines until we’ve hit each muscle group? Or grabbing a pair of dumbbells and doing our own circuit?

Here’s what to know to help you decide.

What’s the difference between a plate loaded and a pin loaded resistance machine?

Let’s clear something up super quickly. Not all resistance machines look the same. Some are a little more old school. You’ve got to add weight plates onto the bars of the machine yourself before doing the exercise. These are plate loaded resistance machines. It can be confusing because the plates suggest that it might be a free-weight exercise but don’t get confused.

The other type of resistance machines are usually pin loaded ones. A little more 21st century, you might say. All you need to do is adjust the placement of the pin to select what weight you’re going to lift. No man-handling of weight plates needed. Save that energy for the exercise itself.

What are the key differences between resistance machines and free weights?

Let’s start with a summary. There are some key differences between exercising with resistance machines vs free weights. We can then dive into what these mean for your training aims.

The fundamental difference between machines and free weights is that resistance machines follow a fixed pattern of motion. You’ve got no control over the direction or angle of the movement like you do with free weights. It’s fixed, and you’ve got to follow it.

• Resistance machines support your body, and you don’t need to stabilise yourself as much.

• Free weight exercises require you to engage stabiliser muscles like your core to perform the exercise.

• You can often lift heavier weight on the machines than with free weights.

• Free weights are more versatile where you can modify a movement and shift the focus onto different muscles.

This is it in a nutshell. Resistance machines make you follow a fixed pattern of motion. That means they support your body and remove the requirement of other muscle groups to stabilise you like lifting with free weights needs. This means you’re going to be able to target a muscle with more focus and will likely be able to lift heavier as a result.

When it comes to your training, developing full body strength is crucial. You want to see even improvements across your body, rather than only in a particular area. That’s why resistance training with free weight should make up a significant portion of your routine.

When performing compound exercises like the overhead press, the squat, or the deadlift with a barbell, there’s so much going on. You’ve got full control of the movement, including the direction and angle that it goes. That means you’ve got to engage lots of muscles from across the body to make sure you’re doing it right. These are called stabiliser muscles, and they do exactly what their name suggests. They stabilise your body to help you perform the movement in a controlled way.

Free weight exercises go a long way to helping you develop full body strength, including that all important core.

That doesn’t mean resistance machines don’t have a place in your routine. They’re a valuable add on that can help you top up your efforts in certain places after your compound exercises are done.

For example, if you’re looking to stimulate growth specifically in your shoulders, hopping on the shoulder press can help you do that. If you feel like you’ve not worked your hamstrings enough, get onto that leg press. The machines offer more isolated exercises that can help you iron out any imbalances and pay particular attention to individual muscle groups. You’ll also be able to lift more, because you won’t be inhibited by supporting muscle groups that can’t handle the load. 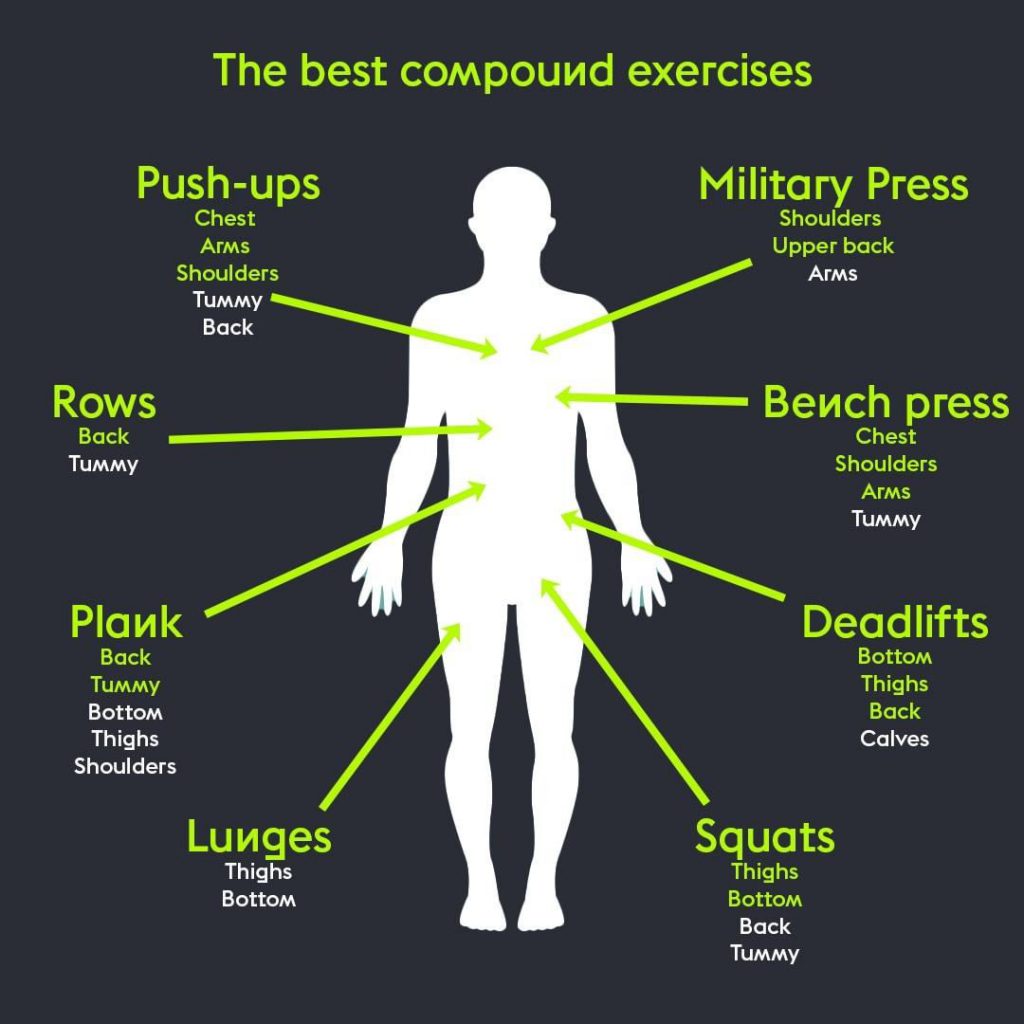 What about exercises that can’t be done with free weights?

S exercises don’t have an exact free weight alternative. For example, the leg extension, hip adduction, and leg curl would be pretty difficult to replicate with dumbbells.

These machines are great at targeting the muscle group they set out to. The leg extension looks to target the quads. The hip adduction the hip adductors. And the leg curl the hamstrings.

These muscle groups are usually recruited in major compound lower body lifts like squats, deadlifts, and lunges. They’re targeted alongside other large muscle groups too, as part the movement. However, you can focus on them more by modifying a movement slightly. For example, adopting a wider stance and doing a sumo squat will engage your hip adductors more than the regular version will.

So, when it comes down to it, if you’re looking to target a particular muscle group more, hopping onto one of the resistance machines to do that is a great idea. Especially if you don’t have all a whole collection of free weight modifications up your sleeve.

Is it better to use the cable machines or free weights?

Okay, so the cable machines add a bit of complexity into the free weight vs. resistance machine debate. Just when we thought things were getting simpler.

Yes, the cables are a machine. But they’re a bit different to a dead-set pin-loaded resistance machine. The pattern of motion isn’t exactly fixed. It’s a bit of a hybrid. It can guide you, but you’ll still need to support and stabilise yourself to perform the movement.

The cables offer a huge variety of exercise options by changing the direction, starting point, and handle used. You can pretty much achieve a full body workout using them, although they’re often used for upper body exercises because of the pulling motion.

Using the cables promotes a smooth a fluid movement, all whilst keeping yourself safe in the same way a resistance machine would. You’ll still need to focus on your form, though, but they can steer you away from some of the bad habits that can happen when lifting weights that are a little too heavy for you.

Tricep pull down, rear deltoid fly, chest fly, front and lateral raise, lat pull down, bicep curl. The list of exercises you can do with this one bit of kit is pretty lengthy. If you’re not too familiar with the cables yet, it’s time to spend some time with them.

Are resistance machines better for beginners?

From what we’ve said so far, it suggests that gym machines are really only for those who work out a lot and are looking to top up their efforts in a particular place. However, lots of beginners look to start with resistance machines and with good reason.

Firstly, on a mental level, it helps to have some guidance as to what to do. Rather than staring cluelessly at a set of weights and willing something to happen, moving around the resistance machines helps add a bit of structure to a gym routine when you’re just getting started. And there’s certainly no harm in that.

Secondly, it’s a good place to start to know what a movement should feel like. Becoming familiar with the feeling of a muscle group being engaged and the pattern of motion a certain lift should follow is a good precursor to doing the same with some dumbbells. It’s the same reason why some people like to use the machines as a warmup. It can help you focus on the right form and the right feeling.

So, whilst there’s certainly no shame in starting out on the machines, it’s helpful to know what they’re best for. That way, when you’re ready to progress, you can start to build a routine out of more compound exercises like squats, deadlifts, lunges, overhead presses, bench presses, and bent over rows.

What is progressive overload?
Can you lose weight and tone up at the same time?
Why your core is so important in keeping you healthy

How To Stay Fit And Healthy During The Christmas Period
What you need to do to build muscle
How many reps should you do of each exercise?