How to increase your metabolism: 5 dos and 5 don’ts 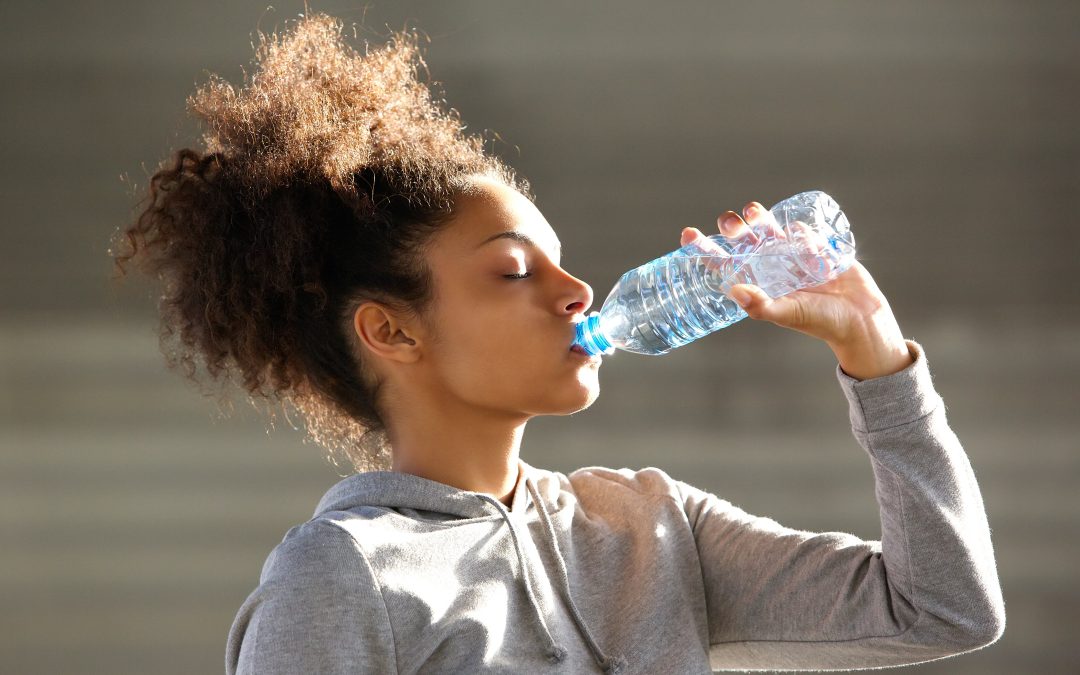 This piece of content is from our valued partner myWW. You can find the original version here.

Rev up your metabolism: the ultimate buzz phrase tossed around as the simple weight loss solution. But the fast fact is, there’s no conclusive evidence that we can significantly and permanently change how our body processes food for energy or heat, the essence of metabolism.

That’s because much of what determines your metabolism (age, gender, genetics) is outside of your control.

Your body’s basal metabolic rate (BMR) accounts for 70 per cent of your metabolism. It’s the amount of energy your body burns to keep itself functioning while at rest. (Think keeping your body temperature steady, your heart beating, your digestive processing functioning.) This is what people refer to when they talk about speeding up their metabolism.

Besides getting more physical activity throughout your day – which accounts for 20 to 25 per cent of your metabolism – there are just a few interventions that might increase your metabolic rate long term. And that’s a big MIGHT.

“There are trade-offs depending on the individual that’s doing [these interventions],” says Lawrence Cheskin, MD, director of clinical research at the Global Obesity Prevention Center at Johns Hopkins Bloomberg School of Public Health.

4 ways to speed up metabolism

“People who have more body muscle are generally going to have a higher metabolism,” says Douglas White, PhD, Associate Professor in the department of nutrition, dietetics, & hospitality management at Auburn University. That’s because it takes more energy to maintain muscle mass in your body than it does fat.

It’s a catch-22 of weight loss, says White: “When people lose weight, they not only lose fat, they lose muscle mass as well. So, if you lose muscle, your basal metabolic rate will tend to go down and make it harder to burn calories to lose weight.”

White recommends resistance training to build muscle mass, which in turn helps to maintain or increase your BMR.

2. Eat smaller meals throughout the day

Some background first: every time you eat, you give your metabolism a slight boost. It’s known as the thermic effect of food (TEF) and accounts for 10 per cent of your overall metabolism.

“All foods are thermogenic. They all have to be burned in your body. They create energy in your body, so in that way they increase your metabolism,” says Julie Metos, PhD, RD, Associate Chair, Department of nutrition and integrative physiology at the University of Utah School of Medicine.

Frequency, or how often you eat, has been shown to increase metabolism, says Metos, with research showing that eating every three or four hours helps to maintain a steady TEF. “The idea is if you eat large meals and then you don’t eat for a long time, that your metabolism slows down between those eating sessions,” says Metos.

But, she cautions, if you’re prone to overeating at meals, it could work against you. “You have to balance the slight metabolic effect with the behavioural effect,” says Metos. This is where your WW SmartPoints® Budget can help you make choices and avoid overeating.”

From a metabolism standpoint, it doesn’t matter what time of day you eat. Anytime you eat, you’re still burning calories thanks to TEF. “It’s not necessarily because the calories are more impactful in the evening – they give you the same amount of energy – but you have less time to burn it off,” says Cheskin.

“Water is really important in the metabolic process, and if you don’t have enough water you can slow down your metabolism,” says Metos, who recommends two litres of water daily. However, the scientific jury is still out on water’s ability to increase your metabolism. If there is any impact, it’s likely due to thermogenesis, so the water needs to be very cold.

It’s dizzying how many mythical quick metabolism “boosters” are out there. Here are some popular ones that research says fall short of, or don’t make any, meaningful long-term change in metabolism or weight loss.

TEF is also known as diet-induced thermogenesis, but that doesn’t mean a certain diet helps you burn more calories. There aren’t really any particular foods that increase your metabolism significantly outside of the thermic effects, says Metos.

As for the claim that some foods, like grapefruit, burn more fat than others? “Nope, there aren’t any,” says Metos. “Increasing metabolism would burn everything – carbohydrates, protein and fat. It’s hard to differentially burn one thing over the other.”

The main reason grapefruit and other citrus fruits keep making the myth list is simple, says Cheskin. “It makes you eat less because it leaves a sour taste in your mouth.”

Only a few substances in food are known to have a slight additional effect on metabolic rate – caffeine, catechins (a chemical compound found in green and white teas), and capsaicin (a compound found in spicy foods, such as chilli peppers). These provide a 4 to 5 percent increase in metabolic rate, according to a study published in the International Journal of Obesity. But their impact is short-lived and not long-term, says Cheskin. “It’s not going to make a difference between losing 50lbs and gaining 50lbs. But if you like green tea, go for it.”

To get any lasting metabolic increase you would have to eat these compounds around the clock. In the case of too much caffeine, that could have detrimental effects on your health, says Metos, including disrupting your sleep, increasing anxiety, and raising your blood pressure.

The other problem is the extra calories you can consume depending on which foods you choose, says Cheskin. “If you’re going to have your caffeine in regular soda, sports drinks, or sweet coffee drinks, that’s not good for weight control.”

Focusing on healthy eating patterns matters more, says Metos, a registered dietician. “It’s not going to be the magic answer for you to include one of these things without making other changes.”

2. Diets high in protein or fat

Diets heavy in fat or protein don’t increase or decrease your metabolic rate, says Metos. What they may do is make you feel full, which in turn reduces the number of calories you consume. Read more about eating fat to lose fat.

Gluten only increases your metabolic rate if you have Celiac disease, says Cheskin. People with Celiac disease can’t process gluten, a protein found in wheat and other grains. It damages their small intestine making it unable to help absorb nutrients into the body. “Only 1 per cent of people who think they have it actually have it,” he says. “If you have it, it will affect your metabolism and you will lose weight. You’ll also have diarrhoea and other problems every time you eat gluten.”

Drastically cutting calories, by fasting or starving yourself, slows down your metabolism. Not only are you missing out on the thermic effect of food, but your body goes into preservation mode, says Metos.

Intermittent fasting might play a role in weight loss, but it does nothing to boost metabolism, says Cheskin. Your metabolism rebounds once you eat, but it’s not a recipe for long-term weight loss because it’s generally not sustainable.

“You can improve your metabolic health and improve your metabolism overall by eating regularly and not yo-yo dieting,” says Metos. “People who have a regular eating pattern tend to maintain their metabolism compared to people who go long periods of time without eating, and then overeat, and then decide they’re going to fast for a day. It’s better to have an even-keeled eating pattern.”

Your metabolism is at its lowest point in a 24-hour period when you’re asleep. But that doesn’t mean you should burn the midnight oil. “Even if you stay up and think you’ll burn more calories, you’re probably staying up and eating to make up for it,” says Cheskin.

Even though sleep lowers your metabolism, not getting enough sleep does more harm than good when it comes to losing or maintaining weight, says Cheskin, who is also founder and director of the Johns Hopkins Weight Management Center.

“Being more rested makes your body function better and makes you less likely to crave foods that you don’t need,” he says. “What we do know is that people who get adequate sleep or more sleep tend to have lower body weight than people who don’t get enough sleep.” 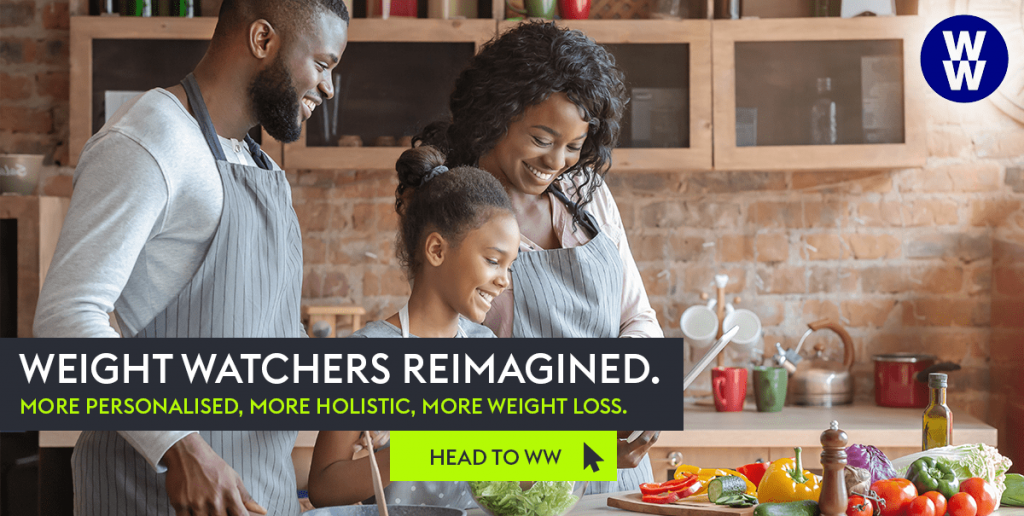 Using your body to look after your brain: Addressing the issue of burnout
Avocado Chocolate Mousse Recipe
How many calories should I burn in the gym?

Does exercising in the fat-burning zone help you lose weight?
How many calories should I burn in the gym?
Should you go to the gym on an empty stomach?