Zoning out through exercise 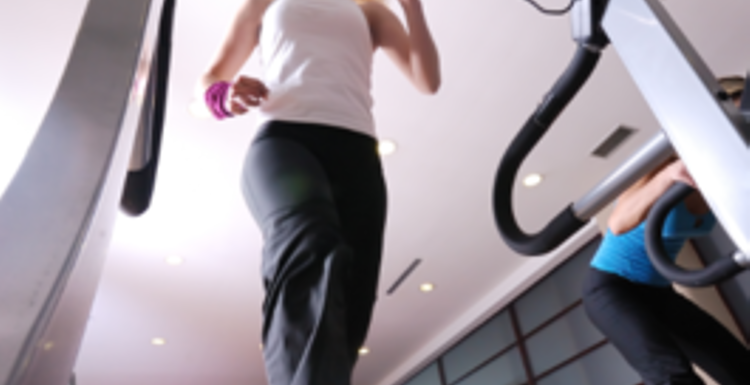 In a recent interview with the Guardian, Olympic Gold medallist, James Cracknell talks of getting ‘zenned out’ at the end of a long run, and talks of how the zoning out that he experiences relieves anger and frustration. But what exactly does it mean to zone out through exercise, how can it be achieved, and what are the benefits?

According to the Urban Dictionary online, the phrase ‘zoned out’ has its origins from a 70’s phrase “lost in the ozone”, and related words include spaced out, stoned, unaware, and oblivious. It would seem historically, the phrase was linked to the use of narcotics, but obviously nowadays its definition is more widespread and can be linked to many different activities, including exercise. Zoning out is when your mind is completely empty, or at the very least, free of usual thought processes. Being able to enjoy this no-thinking time, allows the participant to shut down the usual mental processes, and run on auto-pilot. In fact, clearing your mind of normal thought process, or conscious everyday normal thinking, is the premise behind most forms of meditation and deep relaxation methods.

When a person meditates for relaxation the body is relieved of tension and stresses and the mind is given a break from its usual worries, thoughts and concerns. Whilst zoning out through exercise does not lead to the body being in an entirely physically relaxed state, simple rhythmic repetitive motions are a known relaxation technique, and will enable a similar physiological response to that of meditation. Allowing your body and mind to fully relax in this way can bring about the same benefits of other forms of meditation, including stress relief, increased immunity, enhancing positive emotions such as calm and peace, and relief of tension, anger and frustration. It’s an opportunity to lose touch with the outside world, there’s no risk posed to your health (quite the opposite in fact), and it’s legal.

There is also some research to suggest that zoning out, when your mind is completely free of thought, may actually allow our brains to think much more deeply and be more creative. There is a difference between zoning out without awareness, and zoning out when you are consciously aware of it, which is more like mind wandering or day dreaming. In 2009 Schooler and Smallwood et al conducted mind wondering experiments using MRI scans to detect brain activity during different tasks. Their studies showed that two important brain networks (the executive control system and default network) were more active during periods of zoning out than they were when subjects were aware of their mind wandering. This suggests that when we’re not aware of our conscious thoughts, our brain is working harder, thinking deeply about the bigger picture, and is undergoing a more profound level of thought. Albert Einstein and Isaac Newton are both said to have had their ‘eureka’ moments when their minds were focused on other things. Whilst they may not have been in a meditative state, their minds were wandering away from the task at hand when their brains were functioning on a higher cognitive level. Another study published in Psychological Science found that entering into a zoned out state of mind can also help boost memory.

Certain types of exercise are perfect for zoning out, such as running, where the key is not having to pay attention to or concentrate on what you’re doing, enabling your mind to be free whilst your body works on its own rhythmic and repetitive motion. James talks specifically about running as being a perfect exercise to zone out to since you don’t need to worry about technique, or the use of special equipment. Basically, any exercise where you don’t have to think about what you’re doing has the potential to get you into a zoned out state of mind. For those whose technique is good and practised enough, swimming is another exercise which gives its participant the opportunity to get into this very chilled out state of mind.

If you’re not experienced with the notion of zoning out through exercise, there are a few tips and hints to help you get started. Chose a cardiovascular exercise that is easy; something you don’t have to think about. Zoning out is not achievable during an activity that requires you to pay attention to your form, posture, or technique. Nor is zoning out something that can be achieved during weight training exercise where lack of thought could lead to injury. Cardio machines at the gym are usually good for repetitive and rhythmic body motion, and being in the gym eliminates the distractions of the outdoors, such as dog walkers, lamp-posts, and trees. The conditions needed for zoning out, will also depend on personality type. Some will find the other people, the television screens, or the loud music at the gym too distracting, and will like nothing better than to be outdoors, relying and sky and fresh air to aid their mind-freeing process.

For some, music is a great aid to zoning out. It can cut out the sound of distracting background noises, provide beats to pace yourself to, and keep energy levels up.  Conversely, there are others for whom music will be even more of a distraction. There is also a mental process of letting your mind go; entering a state of mindfulness where you have to chose to let go of thoughts and mental strains. Just focusing in on your heart beat, the sound of your feet hitting the ground, or the beat of your music is a good way to start this process. It’s also important to remember not to clock watch, rush through your workout, or think about the things you feel you should be doing instead of exercising as this can increase stress levels. Don’t focus on getting results, or improving workout – that’s great for being mindful about your body and activity – but not for zoning out as a relaxation technique.

By zoning out, exercise can be an important way to relax. Next time you’re going for a run or getting your heart pumping at the gym, take a moment to try and lose your thoughts. Not only could you be pleasantly surprised at the effect it has on your state of mind and emotions, but you could discover your inner genius.