Greater than the sum of your expensive bike parts 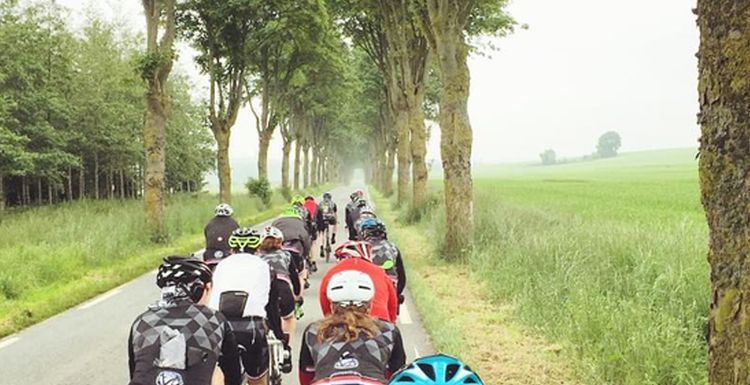 Cycling is an arms race.

Firstly with yourself. The amount you spend on your bike & kit only travels in 1 direction: upwards. Inversely correlated to the degree of self-justification required to convince yourself that the rising price tag is worth it.

Next it's mileage. First it was a gentle 10 miles now it's a 100 miles and at a 5mph faster average.

So that's how the annual thebicyclemoaningcollective.com 300 miles in 3 days, became 400 miles in 4. No questions asked. Except by your wife: where the hell are you? You were supposed to be back yesterday!

When at the Grand Depart you look around at the other bikes, or your fellow riders bulging calf muscles (some of them shaven – yikes!) this is where the arms race goes nuclear!

But let me stop you there before things go too far. It's a basic statement of fact: there will always be someone with a better bike than you, better kit and generally just better at riding than you. Unless you’re Bradley Wiggins of course. But then there’s Chris Froome. See what I mean?

The question is: how to turn the loosely assembled rabble of friends, sometime colleague and someone who used to know someone, into a high performing team. In a weekend.

Impossible? Not at all. Teamwork is going to get you through those 400 miles and quite possibly turn them into 500 miles next year.

You’re feeling strong. You’ve trained hard for this weekend. The distance doesn't scare you, no hill will defeat you. But unless you’re of a Time Trial mindset you’re not going to have much fun out front on your own.

You’ll miss out on the banter, the funny stuff that happens when you get 30 people on a bike and you’ll feel out of touch at dinner that evening.

So channel your athletic completeness into helping someone who’s not got their best legs with them. Take the wind, pull them along, and give them encouragement. Not only will you feel good about it…tomorrow it might be you who’s legs say ‘non’.

So you’re done with helping someone. You’ve got them through that dark patch and you’re still feeling good.

Don’t worry, others feel the same. Search them out, coral them in to a crack unit and ramp the pace up, taking turns in the front, working as a team to maintain a blistering pace that would make you cry if you were doing it alone.

It's great when the back of the day has been broken and you race to the finish line or even better look at a puncture as an opportunity to set up a chase back to the peloton, seeing if you can haul them in before the finish line.

I’ve hidden it deep in the screens I don’t want to look at on my Garmin, the dreaded: Distance to Destination. But sometimes you just need to know. Then you wish you didn’t. 100 miles!

When the road stretches out in front of you like this it's great to talk to someone. Just don’t start with “**** we’ve still got 100 miles to go’.

Maybe you’re riding next to someone (it is perfectly legal to ride 2 abreast) you don’t know, haven’t seen for a while or a mate you don’t get time to talk too much.

The next thing you know it's 90 miles to go. The great thing about riding in a peloton is that you can move up/down and find another ear to bend or story to listen to. Distance to destination: 80 miles.

When we first started our 300 miles in 3 day trips/challenges/adventures I admit I saw it as me versus the miles. Then you experience a peloton.

When done right it is poetry in motion, the riders in the front taking the wind, putting the hardwork in, then pulling aside and the next riders up taking their place and putting a  turn in. As you come off the front and drop back in line, you’ll notice your heart rate drop by 20-30%.

The miles will fly by as you & the peloton cruise along at a faster speed than the single rider with a lot less effort. And arriving at your destination will be so much sweeter from working as a team.

And at the end of your ride you’ll realise that however flash you bike or smooth your legs are, you’re greater than the sum of your parts when you ride together as a team.

This year's thebicyclemoaningcollective.com 300 in 3 was London, via Portsmouth (included the dreaded overnight ferry), along the Normandy coast, through Dieppe an inland to Lille with a final leg onto Calais for those who just couldn’t get enough miles. 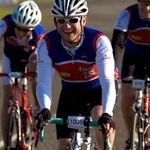 I do wonder about those shaven legs. Is there any science behind it? As a keen cyclist myself I sometimes consider the unmentionable....

I am currently in my annual armchair cyclist phase watching the Tour de France, but this is a great insight into the world of those who actually get out there. Perhaps it is time to take it up?