Should I give up alcohol? A look at the advantages and disadvantages of temporary abstinence 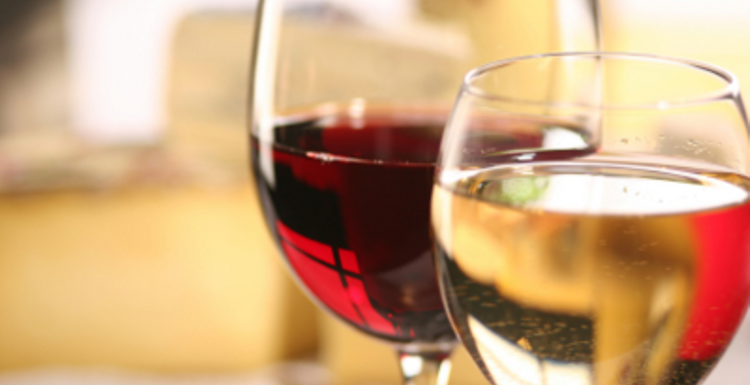 It's a popular idea for the New Year: A “dry” January to give yourself the chance to recover from any over-indulgence during the Christmas season. But is giving up alcohol necessarily a good idea for everybody?

Giving up alcohol for January seems to have become an integral part of the way we start the New Year. The media are full of all sorts of celebrities extolling the virtues of going dry. And it's not limited to celebrities either – chances are, at least one person in your social circle has been smugly sipping sparkling water while you're out at the pub. Perhaps you are that very person. Or perhaps you had all sorts of good intentions a fortnight ago but find that you have already slipped.

Now, let's be clear: We're not talking about giving up alcohol altogether. We're talking about a limited period of time during which you don't drink. So what are the benefits and the disadvantages of doing that?

Five reasons to give up alcohol

You could do with shifting some weight.

Cut out the alcohol, and unless you replace it with fizzy sugary drinks and mountains of crisps, chances are you'll lose some weight. It's not just the calories in alcohol. It's the fact that many forms of alcohol are quite sugary, playing the sort of havoc with your blood sugar and insulin levels that is linked to weight gain. And any junk food is twice as hard to resist when you've had a pint or two.

Your average consumption has been creeping up slowly but surely.

You wouldn't classify yourself as a problem drinker. But there's no denying that your daily consumption has been increasing slowly. It used to be a glass of wine a night, now it's half a bottle. Maybe you just need to prove to yourself that you can do it – that it's perfectly possible to live without alcohol. And in the process, you'll be bringing down your baseline again.

You fancy a New Year de-tox.

Cutting out alcohol is a great way to de-tox your body. Our bodies are great at de-toxing already – that's what the liver is for. And the liver has to work hard to break down alcohol. So if you give it a holiday from that particular job, you leave it free to work on other aspects of the de-tox process. It's a great way of countering any Christmas excesses.

You could do with a bit of spare cash.

Alcohol is expensive. Don't buy any and you'll have more money to spend on other things.

You just want to fit in.

Everyone seems to be doing it, so why not give in to the general trend? Okay, so doing something just because it's fashionable may not be the highest-minded of motivations. But if everyone around you has gone tee-total, you're going to feel a bit odd nursing a drink – and a bit foolish nursing a hangover.

It's just not the right time now.

There may be all sorts of good reasons why now is just not the right time to cut out alcohol. Perhaps you use it as a way of coping with stress and right now is a particularly stressful time. Or maybe you've got a birthday, holiday or special celebration coming up. Don't stack the odds against yourself.

There are some benefits to drinking alcohol.

There is plenty of evidence that a moderate amount of alcohol consumption has all sorts of health benefits, from reduced incidence of dementia to greater longevity. And there is no denying that it can be a great pleasure. Why deprive yourself of all that?

You need to learn moderation, not hide behind abstinence.

It's nice and simple, the idea of giving up alcohol altogether. But it does rather skirt around the issue of learning to drink responsibly and in moderation. Going tee-total for a month only to return to hard drinking afterwards is clearly not going to do you any favours in the long run.

You don't fancy jumping on yet another bandwagon.

Perhaps it's precisely the fact that everyone is doing it that puts you off giving up alcohol. You don't want to be like everyone else. You like the subtly subversive feeling of raising a glass during this traditional month of abstinence. Why not?

You just don't want to.

Finally, if deep down you simply do not want to give up alcohol, you're never going to get far with any resolutions involving abstinence. Maybe it's just not for you right now, for whatever reasons.

The very first step in making any changes to our behaviour is recognising whether we're ready for such changes. If you're not, then don't beat yourself up about it.

There's nothing wrong with having a drink - just don't go overboard, and know when to stop.

Got to agree with the opular consensus on here - using the gym to keep your alcohol habit going is just so self-defeating on every level. If you can't give up the booze even for a month you've got to ask yourself what's going on there.

Alcohol is toxic to your nervous system, full stop. If you think you can work that off at the gym, you're kidding yourself. Maybe people do try to take on too much in January, but this is one resolution we should all make. Good on you, Neil. I've been teetotal for a year now and I've never felt better. It gets easier as time goes on.

I'm in the "just don't want to" category. The whole point of working out is to burn off the beer calories!

I have given up booze for January.......and February and March too. Trying to stay dry until Easter! Should be fairly easy whilst the weather is rubbish and everyone is skint, but as soon as Spring hits I reckon I will struggle! Funny how not drinking also makes me eat better as well, less hangover-induced junk food.

I think people try and take on too much in January and set themselves up for failure. Everything in moderation works for me.