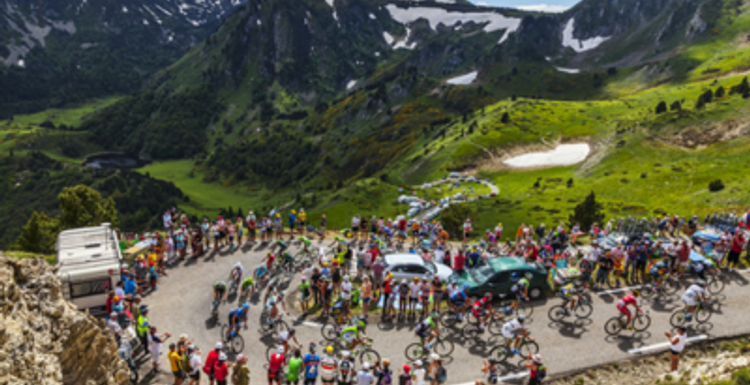 World Cup? What World Cup? There is a world-class sporting event starting on these shores, where British contenders have a real chance. The first three stages of the 2014 Tour de France are going to be a ‘Tour de Angleterre’, as they take the cyclists from Yorkshire via Cambridge to London.

If the Tour is going near you (and you can get there despite the road closures) it makes a great spectator event – but like other mass cycle races, this is only for a very short time!  Taking part in the Tour is obviously only for the cycling elite, but there are plenty of ways for us lesser mortals to get involved in the sport.

Would you like to ride the route of the Tour de France? The Tour de Force uses the route, running a week ahead of the official race and offering any cyclist that feels up to it the chance to complete one or several tour stages. It is even possible to sign up for the entire route. Unless you are already cycle-fit, you might want to sit this year out, but why not think big for 2015?

Sounds too much? Here are some simpler ideas.

So use the Tour as inspiration, dust off the bike and get back in the saddle.

cycling was plagued by doping during the Armstrong era, although that is no excuse. Shame that Wiggo didn't get picked this time and we've lost our two big British hopes.

I watched a documentary on Lance Armstrong the other night - made me despair over the sport. But then I remembered the likes of Wiggo and figured their is hope for the sport of cycling.

I never heard of the Tour de Force before. They should advertise these things better and increase the coverage against football a bit more.

Get rid of the cars on the road and I'll be there! After a couple of cycling accidents due to ignorant car drivers, it's a shame I'm now too wary to go on the road.

We've made a pledge to get out on our bikes more this summer and this just the inspiration we need!