Events to keep you active this autumn 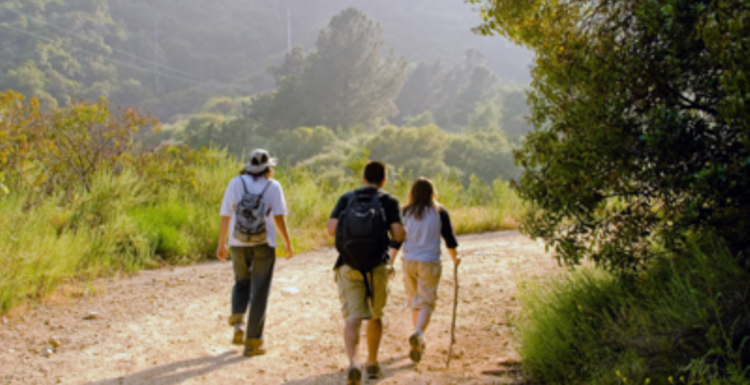 There’s plenty of action going on around the UK this autumn. If you need some extra motivation to keep going to the gym, sign up for one of these events and you’ll make sure those extra autumn layers are just the knitted sort.

Although there’s plenty going on in September, we’ve only included October/November events just to give you chance to enter, and to boost your fitness levels where required!

You don’t have to push yourself to extremes to get a sense of accomplishment. Hillwalking is a great activity for autumn, and you probably won’t need weeks of training to complete them. The autumn has plenty of different events available which also include the chance of raising money for worthwhile causes.

Dartmoor Mountain Challenge.13th October. A 13 mile trek over the dramatic and remote landscape of Devon raising money for Marie Curie Cancer care - perhaps even more reason to sign up.

High Peak Trail Winter Challenge. 17th November. Face the cold weather with a smile on this 17-mile walk through beautiful Derbyshire countryside. Your entry includes coach transport, maps, photography and hot drinks, and you can raise money for the British Heart Foundation.

Fright Hike - Epping Forest. 26th October. You may be fit but are you brave enough for a 30k trek through the notoriously haunted Epping Forest?  Paranormal activity has been reported, and it normally takes 6 hours to complete this the spooky hike.

More manageable than a full marathon, the 13.1 mile (21k) half-marathon’s popularity is growing quickly. Eight weeks is considered the minimum training to get yourself prepared if you’re out of shape. If you’re already active you could probably get away with less, particularly if you already run regularly. Sign up quickly for them – most are very popular.

Eden Project Half Marathon. 20th October. Starting the run in front of the famous Biomes, passing through Cornwall’s clay country and returning to Eden.

Birmingham Half Marathon. 20th October. Thousands of runners passing around the sights of the city make this a popular event.

Oxford Half Marathon. 13th October. Only a couple of years old, this race passes interesting locations such as the Iffley Road Track where Roger Bannister ran a mile under 4 minutes.

Conwy Half Marathon. 24th November. If you’re after a scenic run you can’t beat this half marathon which starts and finishes at 700 year old Conwy Castle.

Whether you’re an experienced triathlete or a complete novice, the autumn is a good time to try an event. They can be quieter, and if you get a clear, crisp day it should be an invigorating, uplifting experience. Training now should focus on whichever one of the three disciplines (running, cycling, swimming) you’re lacking. As a duathlon omits the swimming, it may be more convenient to train for.

Bowood House Duathlon. 6 October. Running around this beautiful estate takes in all the stunning lakes and woods, with a wilder bike ride, returning to Bowood House at the end.

Jekyll and Hyde Park Halloween Duathlon. 27th October. In the heart of London, this event is based in Kensington Gardens and Hyde Park. Halloween costumes are actively encouraged!

‘Go-Tri’ a Duathlon. 26th October. Based in Shrewsbury, this is a chance for people new to duathlons to give it a go.

Wadebridge Triathlon. 13th October. The final race of the Cornwall Triathlon Series, this is a pool-based sprint event.

Bored of flat running for hours on end? So are millions of others who are searching for more exciting personal challenges.  It’s still not too late for these two if you’re up for it before winter sets in.

No Ego Mud Challenge.  26 October. Fancy something family or team based? Based at Greystoke Castle, Penrith, Cumbria, this is a 10k muddy obstacle-based challenge which encourages you to dress in costume, have fun bond with your teammates and come out smiling.

Tough Mudder. 5 Oct and 6 Oct 2013. Based in Cheshire, late entry is still available if you’re crazy enough for this intense, muddy, challenging but extremely popular event. Tough Mudder are 10 -12 mile obstacle courses designed by the Special Forces to test your mental and physical limits, have a great time, built camaraderie and feel a great sense of accomplishment. Don’t enter under any illusions – this is tough and only 78% of entrants complete the course. Obstacles include crawling through underground mud, climbing 12 foot walls, fire-walking, plunging into ice water vats and crawling underneath wires delivering 10,000 volts of electricity! If you think you’re tough enough, October is the last UK event of 2013 but there’s already eight in 2014 available for pre-registering.

Just because the sun’s getting lower and leaves falling off the trees doesn’t give you the excuse to lie around too. Take on a new challenge this autumn, and you’ll end the year proud.