Can you retain muscle during lockdown? 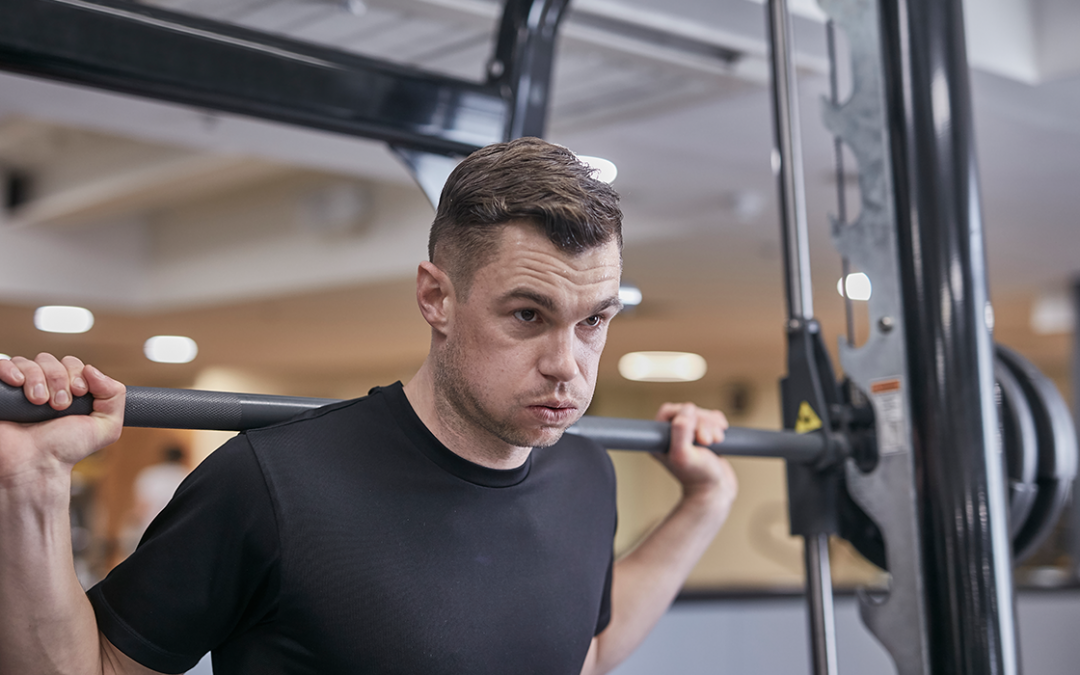 There’s a lot going on right now. Too much to get our heads round. Some of it is stressful and even a bit scary. Other things are just really frustrating. Not being able to get into the gym is one of those things.

It’s challenging to not be able to do the things we enjoy and work hard at. When we’ve been making progress in the gym and are now stuck at home with no weights, no equipment, and no idea how we’re going to continue progressing, it can add extra stress that we just don’t need.

Maybe you’ve already scoured the internet for barbells and plates without any luck. Maybe you’ve been trying your best but are worried the muscle you’ve worked so hard for is starting to disappear.

Is that possible? How quick does it go? How can I stop it happening? What should I be doing to help?

We get it. It’s confusing. So, let’s slow down while we give you the low down.

A little bit of acceptance is needed

First, and foremost, there’s a level of acceptance that’s needed. Without an abundance of gym equipment at our fingertips to try, test, and progress with, retaining muscle mass is going to be harder than it would be normally.

Make peace with that. We’re all in the same boat. A boat that’s navigating a storm right now and the last thing you want to do is add further pressure to the journey.

You can adapt, evolve, and mix up your fitness routines as best as you can, but ultimately if there’s a little bit of muscle mass lost by the end of this, then that’s okay. You can always build it back later. In the grand scheme of things, just muddling through these tricky times is enough of a win.

There are two types of muscular fitness. Strength and endurance. These difference types of training, build different types of muscle fibres. Strength involves lifting heavy, for a slow and low number of reps. This type of training typically builds muscle mass to the point where they appear much larger. Endurance involves lighter weights, at a higher tempo and higher number of reps. This activity still builds muscle fibres, just different ones that aren’t as likely to increase the size of your muscles, but will definitely make them appear lean, toned and shredded.

Without the heavy weights that you are used to, you will lose some of the muscle mass made up from the type of muscle fibres that strength training produces. When you were lifting heavy, your body needed all these fibres to perform the action. When they’re not being used to the same degree, they will eventually begin to reduce. It takes about 3 weeks for muscle fibres to begin to go, when they’re not being recruited at the level that they were before. Your body just gives you what it needs. It of course depends on your starting point and the amount of muscle mass you currently have.

It also doesn’t mean going back to zero. There are plenty of body weight or dumbbell-based exercises that can keep you happily at a good level of strength and muscle size. Especially when done frequently.

Re-shift your focus to endurance

So, you might not be able to focus as much on muscular strength during this time, but there’s plenty of time to attend to your muscular endurance, which is equally important.

Testing and progressing with your endurance will help you build certain muscle fibres. Although they are unlikely to have a huge impact on the size of your muscles, they will keep them toned, lean, and visible. If the aesthetics are what you’re worried about.

Endurance is important for lots of different reasons. It can rid you of fatigue, improve your posture, make you better at sports, and allow you to do more for longer. It’s easy to improve from home and it’s waving for the attention that’s definitely worth giving it.

Get energised for the week with this full body HIIT from @olimccann 👌💥 Do each exercise for 35 seconds, then rest for 25 seconds. Aim for 4 rounds and take 45 seconds rest between each round. 1. Jump lunges 2. Speed sprawls 3. In and out squats 4. Walk outs with a push-up 5. Mountain climbers 6. Back extensions #MakeLifeWorkOut #HomeWorkout #FullBodyHIIT #BodyWeightWorkout

The basics are good enough

It’s easy to get overwhelmed by the number of body weight or dumbbell exercises that can be done. Some look like super complex movements that test your balance more than your muscles. It’s not necessary.

The basics are best. Key compound exercises that target the major muscle groups with the most efficiency are good enough. You can build your workout around these, including variations to increase difficulty and other more isolated exercises you want to try.

Compound exercises target certain body parts, focusing on a muscle group within them. But they also recruit many more muscle groups and therefore body parts to help do the movement. The golden rules of endurance training:

Make the most of every single rep you do. Keep the focus muscles activated at all times to maximise your efforts and increase the time that they’re under tension. Fitness jargon aside, just know to squeeze. The short of it is, the longer the amount of time you’re targeting the muscle, the more effect it’s having.

Without heavy weights, your muscles don’t need the same length of time to recover between sets. Minimize the rest time you take and maximise the amount of time your muscles are working for. The aim is to get to the point of fatigue.

In the same way, more reps mean more time working. With lighter weights, you’re able to do more movements. Rank it up.

Most endurance training will also improve your cardiovascular fitness by default, as it’s likely to get your heart rate up at the same time. This is a good thing. Double the benefits.

So, do what you can. But do it for the right reasons. Because it feels good. Because your body wants to. Let go of the stress and pressure of looking a certain way and weighing a certain amount. Now’s the time for perspective, the bigger picture, and keeping our heads in the right space. Hussle in the best way you can.

How to form fitness habits that last
10 things to know about squat form
What is progressive overload?